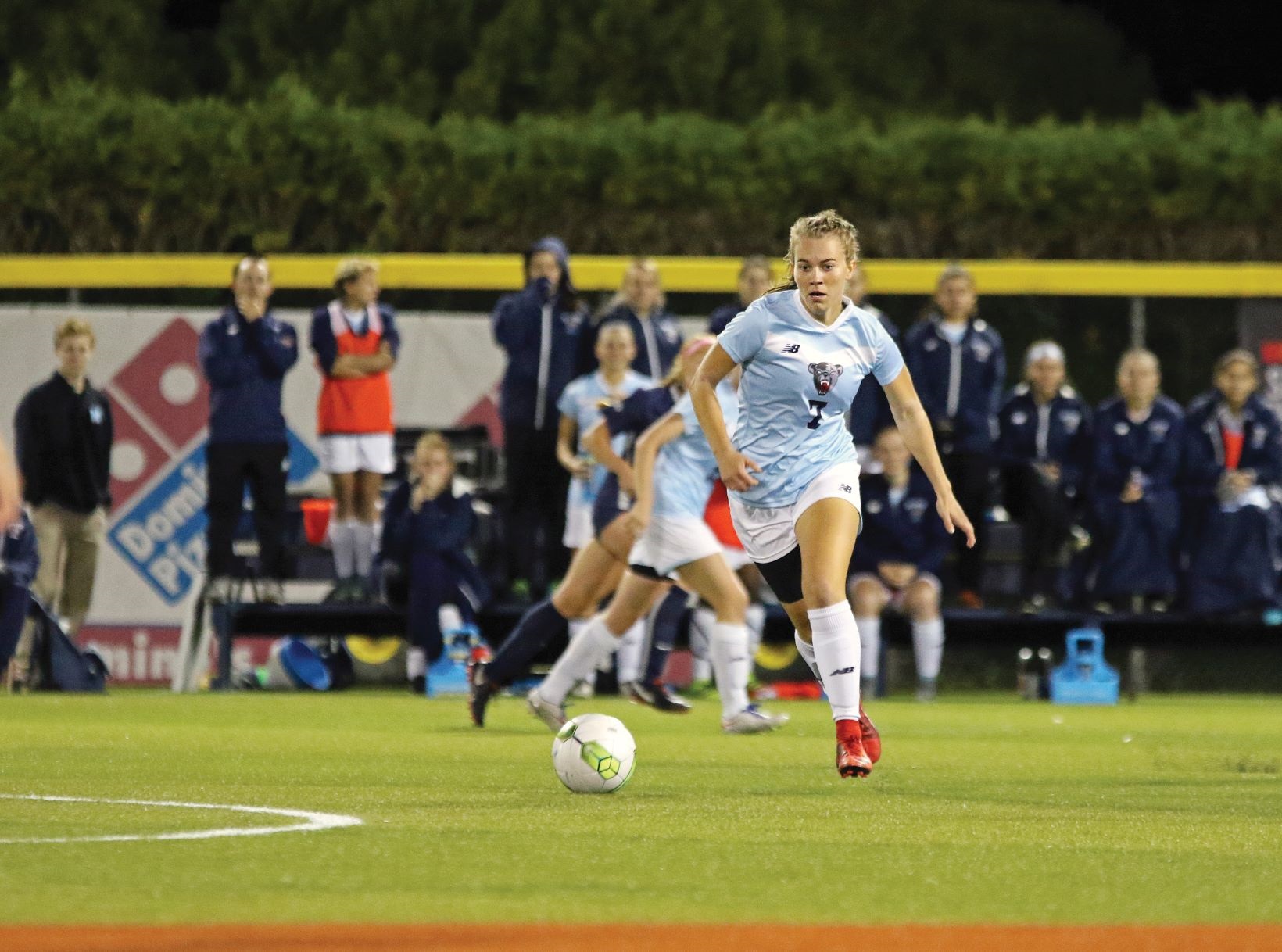 On Thursday, Sept. 27, the University of Maine Black Bears (4-4-1) faced off in a home match against the University of New Hampshire Wildcats (5-4-1). New Hampshire started the game with a 1-0 record for playing teams in the America East conference, while Maine had a record of 0-1 due to their loss against divisional rival Stony Brook. This rivalry game promised for an interesting and close match. This proved to be true as the two teams refused to allow an easy goal. In the end, Maine came out on top with a 1-0 victory over the Wildcats.

The all-time record between the two teams at the start of the match was 15-15-2. With the win, Maine took the lead, which was impressive due to the Wildcats’ win over top five-ranked Arizona State University in late August.

The game started with first-year Julia Mahoney breaking toward the goal for a one-on-two attempt at a goal. The shot was wide, but it set the tone for how the game was going to be played. 10 minutes into the game, the Wildcats almost scored with a corner kick directly into the box over third-year keeper Annalena Kriebisch. The Black Bears’ defense freed the ball from the chaos within the box and put it into the hands of Kriebisch.

The rest of the half was quite uneventful with both teams landing only a few shots on target. One of which being an attempted bicycle kick on target by third-year Emilie Andersen with a little over a minute left on the clock.

The second half started saw a little more action for Kriebisch as her and the defenders worked to fight off the Wildcats. The defensive skill was too much for the Wildcats, as they couldn’t seem to find a way to get the ball into the back of the net.

Maine had limited success with getting an accurate shot off as well, but this changed with 10 minutes left to play. The scoreless, tied game was ended by third-year Nicole Bailey. With a precise cross into the middle by third-year Priscilla Domingo, Bailey was able get her foot on the ball and power it past Wildcats keeper Mia Neas.