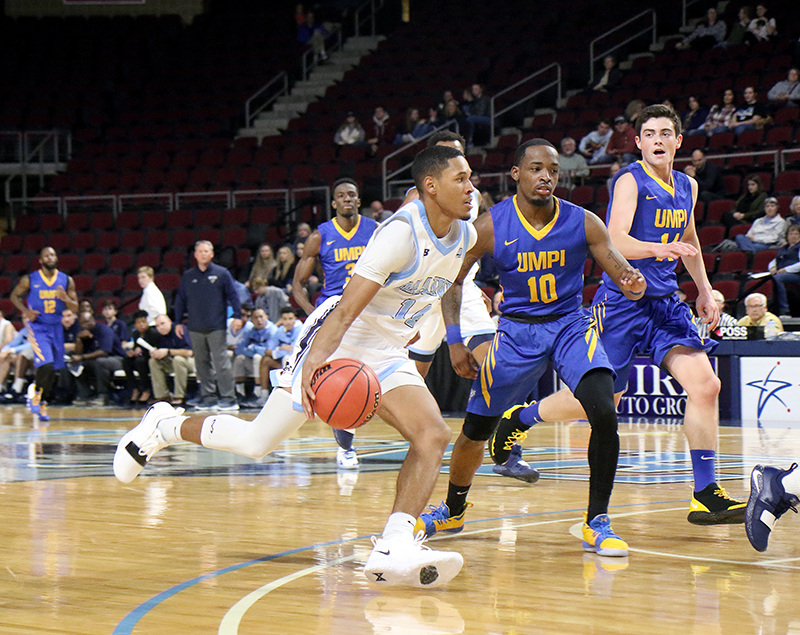 This win was a great start to the season, and although it was against a much smaller university, it was made clear that the team is ready for a great season. The American East preseason poll puts the Black Bears at a tie with the University of New Hampshire in seventh place out of nine teams. This is a slight improvement from last year’s placement of eighth in the poll.

The higher placement may be a result of the hiring of a new coach Richard Barron. Barron is the former Black Bear women’s basketball coach. He replaced former Coach Bob Walsh who had a 24-100 record overall, and a record of 12-52 for American East games.

Command of possession continued in the second half in the form of rebounds. First-year forward Stephane Ingo led the rebounding with an impressive nine rebounds in only seven minutes on the court. The Black Bears accuracy improved in the second half, with a field goal percentage of 56.7 percentage and a 3-point percentage of 55.6. This half saw two new leading scorers as well with third-year forward Andrew Fleming and second-year forward Vilgot Larsson, scoring seven points each and ending the game with double digit point totals, finishing with 11 and 10 points, respectively. Two other Black Bears were able to score double digit totals, as Yagodin led the team with 14 points off the bench, and White finishing with 12 points of his own. The total shooting percentages for the Black Bears were 54.1 percent from the field (33-61), and 40.9 percent from beyond the arc (9-22).

The Black Bears next game will be played in Denver, Colorado on Tuesday, Nov. 6 against the University of Denver.