Leigh Gilmore talks at UMaine about the #MeToo movement 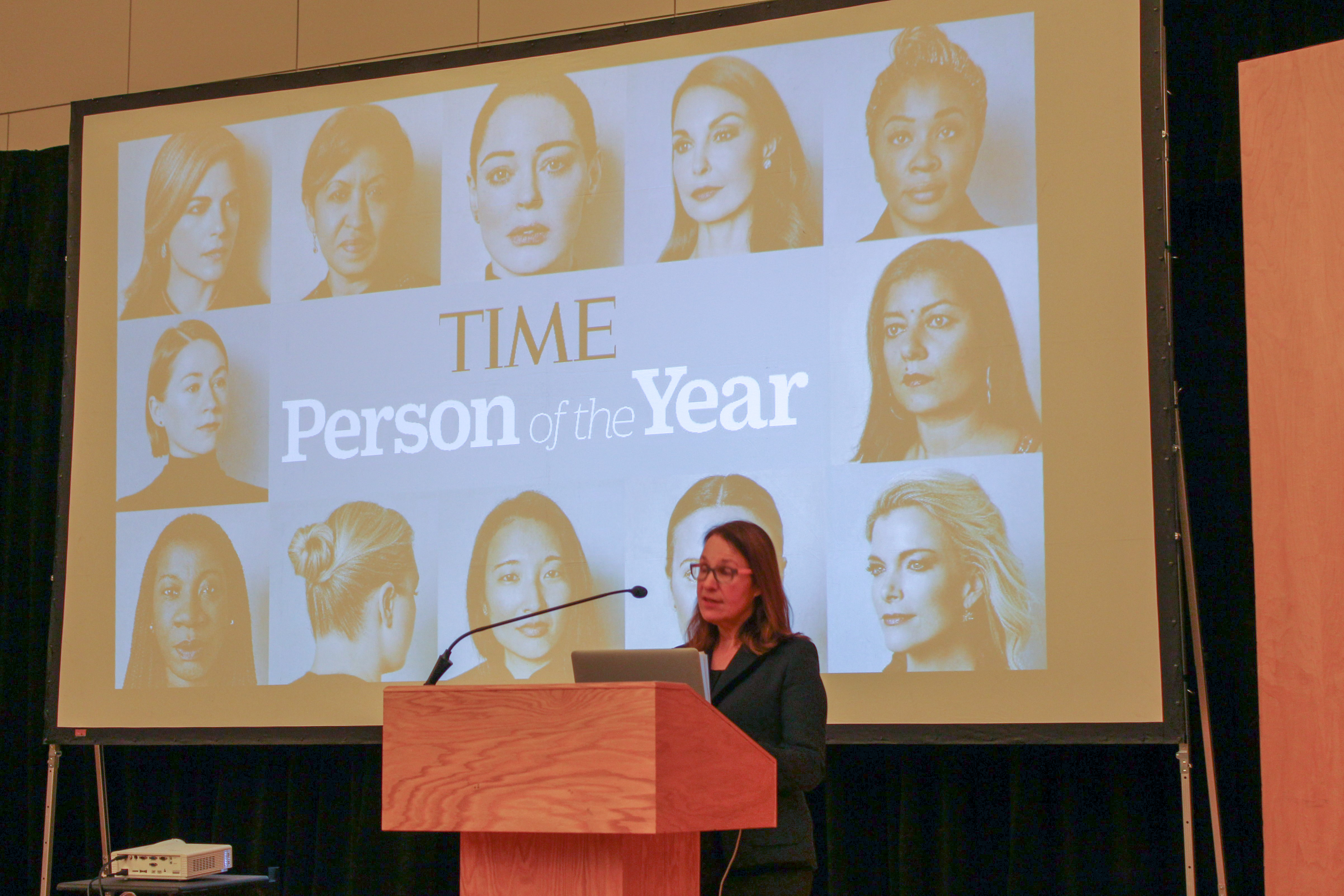 Leigh Gilmore, a distinguished visiting professor of women’s and gender studies at Wellesley College, was the first speaker of this year’s Stephen E. King Lecture Series. Gilmore spoke about topics related to the #MeToo movement and its origins.

Caroline Bicks is the Stephen E. King chair in literature who helped organize the event and introduced Gilmore. The Stephen E. King Lecture Series was established to bring distinguished writers who have contributed to the public humanities to campus. The Harold Alfond Foundation donated $1 million to establish the series in honor of the accomplished UMaine alumni.

This year’s series was themed after a quote from a Shakespeare play “King Lear”: “I cannot heave my heart into my mouth.”

“This is Cordelia’s response to her father, King Lear, when he demands she publicly declare she loves him more than anyone else, even her future husband,” Bicks said at the opening of the event. “She answers him truthfully. She loves him but not in the excessive, inappropriate way he expects. And for this unwillingness to heave her heart into her mouth on his terms she’s banished. Her fate’s really a touchpoint for that plays exploration of tyranny, of how hard it can be but how necessary it is to speak up.”

She talked about how the accusations by Dr. Christine Blasey Ford against Supreme Court Justice Brett Kavanaugh were received by the majority of the public. According to Gilmore, if Blasey Ford had shown the same anger at the Senate hearing as Kavanaugh then she would have been discredited. But people believed that Kavanaugh’s anger affirmed his innocence.

The public tends to worry more about the effect an accusation has on a man’s life than having empathy for the female accuser, Gilmore explained.

“Burke chose those words [me too] in order to place the shared experience and empathy among survivors at the center of a movement to empower girls and women of color,” Gilmore said.

Gilmore drew comparisons to the Anita Hill accusations of sexual harassment against Supreme Court nominee Clarence Thomas in 1991 to Blasey Ford’s sexual assault allegations against Kavanaugh. She talked about the similar outcomes and public perception in both Senate hearings.

Bicks asked Gilmore to speak at this year’s lecture because her work touches on a wide range of issues.

“Leigh Gilmore has used her expertise as a humanities scholar to contribute to a larger conversation about gender and social justice. She has made it her life’s work to study and explain the cultural narratives that have cast women as untrustworthy speakers of their truths,” Bicks said.

If a student has experienced sexual assault or harassment, he or she can seek help at the Student Life office on the third floor of the Memorial Union, the Women’s Resource Center, the Counseling Center and Rape Response Services.