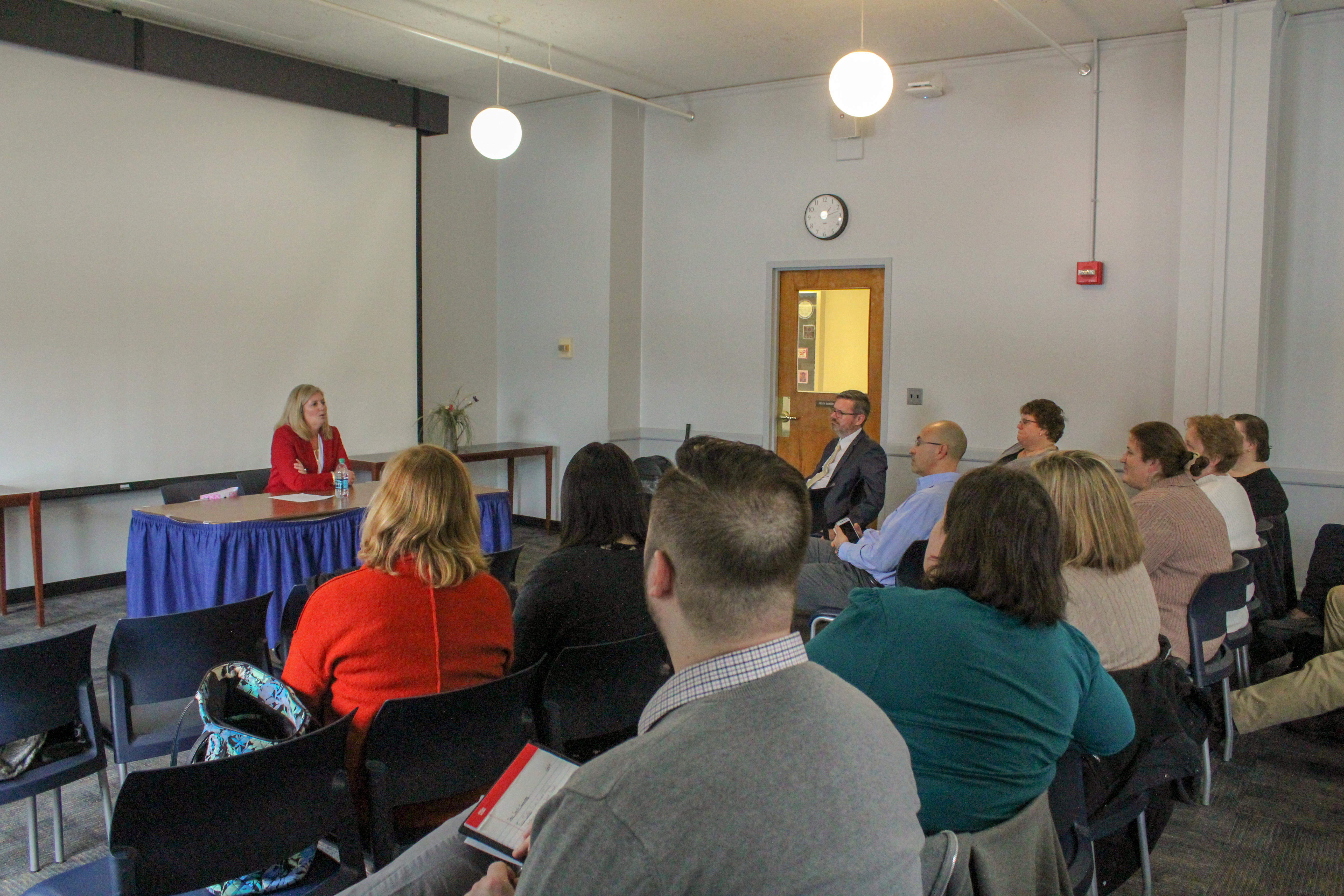 The University of Maine is currently in the process of selecting the new undergraduate dean for the the Maine School of Business. Last week, the four finalists for the position, Erin Steffes, Faye Gilbert, Catherine McCabe and Michael Johnson-Cramer, visited Orono to meet with the president and provost, and to give presentations to interested members of the UMaine community.

In order to determine the best possible candidate for the position, a search committee made up of 13 members, most of whom are faculty and administrators in the Maine Business School, has been asked to form opinions on each of the four candidates based on their resumes and presentations by Dec. 3.

Senior Associate Provost for Academic Affairs at UMaine Dr. Jeffrey St. John, said the decision would come down to “a careful appraisal of potential fit, feedback from campus constituencies, including Maine Business School faculty, staff, and students, and input from the search committee.”

“The [University] seeks the best possible candidate for the job,” St. John said.

The feedback provided by the search committee will be delivered to the University Provost Dr. Jeffrey Hecker, who will, in consultation with the President Joan Ferrini-Mundy, then make the final decision.

The position of undergraduate business dean was vacated in December 2017, when Dr. Ivan Manev, who had been the undergraduate dean of the Maine School of Business for seven years, decided to take an administrative leave of absence. In the intervening time, the position has been held by Professor of Management Dr. Niclas Erhardt since the spring of 2018.

According to Hecker, Manev’s tenure as the dean of the undergraduate business program was in many ways marked by success.

The reaccreditation to which the provost referred to has been designated upon the University of Maine by the Association to Advance Collegiate Schools of Business (AACSB) International.

The AACSB credential is considered both prestigious and uncommon, and approximately only a quarter of all the business programs in the United States have earned this accreditation. The AACSB reviews each accredited university’s business program every five years.

The ability to ensure that UMaine will be able to keep its AACSB certification is an important consideration that the University will have to make in regard to its next undergraduate business dean. Three of the four current finalists for the position have either worked with or been recognized by the AACSB.

Whoever is chosen as the new undergraduate dean of the Maine School of Business will be in charge of a student body of over 1,200 undergraduates with enrollment rates climbing each year.

According to statistics from the UMaine Office of Institutional Research, the Business School has set a record number for enrollment in each of the last four consecutive years.

Maine Business School undergrads have performed well on national comprehensive exams, and the University is ranked in the top 20 percent nationally among other business colleges, given its students’ performance on the ETS Field Test.

Among the UMaine Business School students who graduated with a B.S degree in 2016, 95 percent reported finding full-time employment within six months of their graduation, the highest such percentage among programs at UMaine.

Of those graduates who majored in accounting, 75 percent were able to pass the CPA Exam on their first attempt, a much higher rate than the New England average of 57 percent.

When asked when he believed the decision would be announced, St. John said that it would likely be, “at the earliest date feasible,” and that he anticipates that the new dean should be able to start working early in the spring 2019 semester.

It is expected that the new dean will head the undergraduate program at the Maine Business School for at least three years, according to St. John. That means that whoever is chosen as the next dean will likely remain in that position until at least the spring semester of the year 2022.