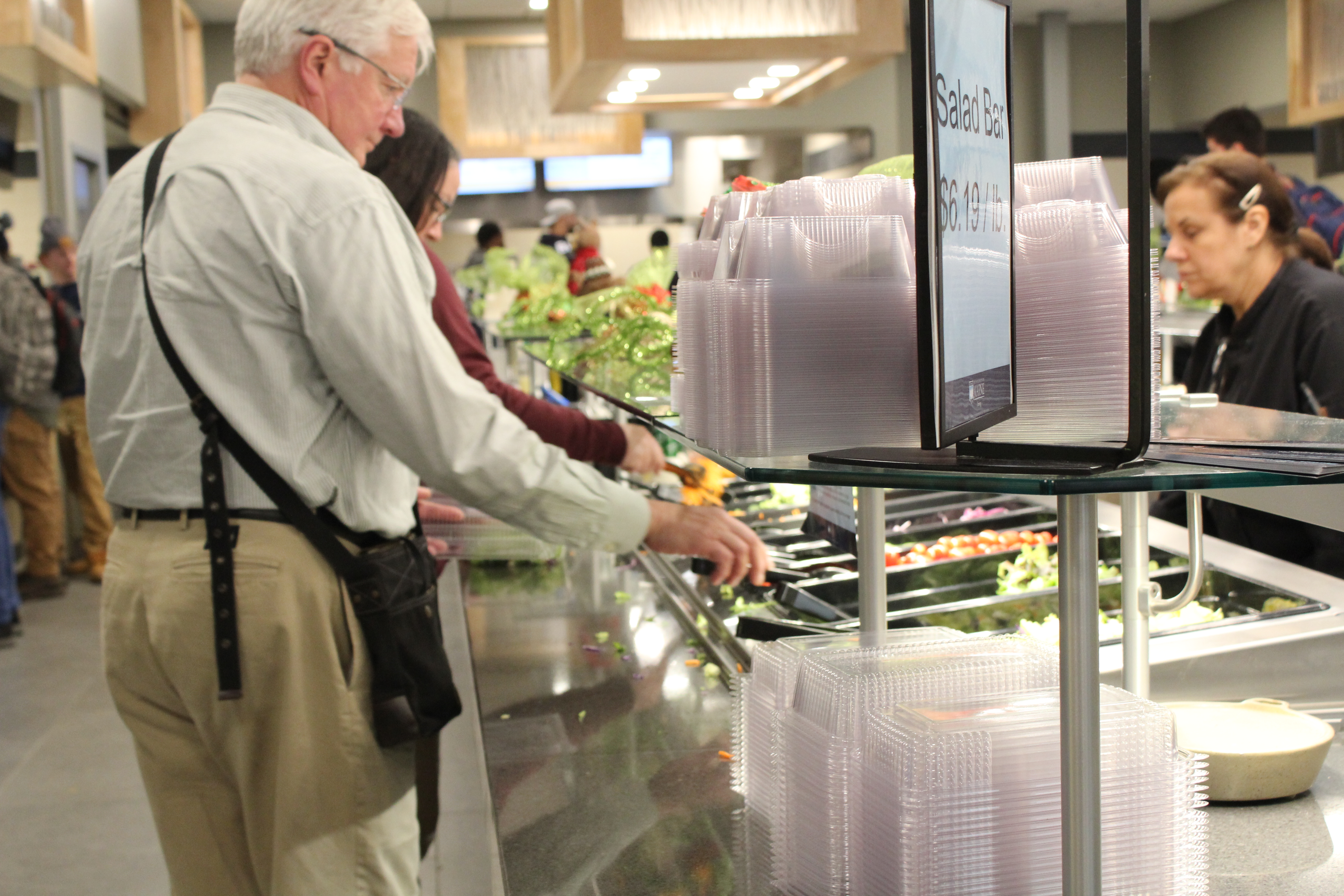 Beginning this semester, University of Maine Dining is getting some of its products from a new vendor, World Centric, a company based out of Petaluma, California. Among the most prominent additions to the selection are new compostable plant-based bioplastic packages for food in the Memorial Union.

Dan Dixon, a research assistant professor for the Climate Change Institute and the director of sustainability on campus, said the key feature of the new packages is that they are “produced from non-fossil, plant-based oils.”

Director of Dining Services Glenn Taylor said the selection of these new products was made during a vendor showcase at the annual meeting of the National Association of Collegiate and University Food Services in July. The primary consideration for Taylor was aesthetics, but he noted, “sustainability is always on our mind.”

When he got back to Maine, Taylor contacted UMaine Dining’s paper contractor based in Augusta, Performance Food Group NorthCenter, about switching over to World Centric’s products, which the company’s website says are compostable.

Even though Taylor’s decision wasn’t motivated primarily by notions of sustainability, it was something that he considered after the fact. Taylor enlisted the help of different organizations on campus, including the Office of Sustainability, to test the new products.

“I took a box of [the new] serving container samples for testing at the new Coastal Resources of Maine waste handling facility currently being constructed in Hampden,” Dixon said.

According to the Office of Sustainability’s website, in 2012 UMaine purchased a 40-foot-long composting system from Green Mountain Technologies. This system is housed on campus and is able to process 450,000 pounds of food waste per year.

While the materials and composition of dining products is an important consideration in their compostability, Taylor said half the fight is making sure that people are disposing of waste properly so that it goes to composting facilities.

“It involves us identifying ‘How is a customer, how are you going to know which container to put this stuff in to make sure that that product gets up to the compost site?’” Taylor said. “That’s always the hardest thing, even for me.”

For UMaine Dining, the recent switch to World Centric’s products is one part of a larger effort toward more sustainable food practices on campus.

“We have a composter in Hilltop, a digester at Wells,” Taylor said. “We’re trying to take our products and our waste and get it composted properly, and we also have a food recovery system where Black Bear Exchange is picking up food every week.”

During Taylor’s 44 years at UMaine, he has seen many changes in the way sustainability is handled in on-campus dining. Among the most significant changers, he said, were 2007 renovations that allowed for the installation of a pulper machine at Hilltop Dining.

“It can take hundreds of pounds of everything from the paper napkins to all the food waste and grind it into a mush … before ‘07 that was all trash,” Taylor said.

Dixon noted that such changes are prime examples of the “good effort” UMaine Dining is making toward more sustainable practices.

For Taylor, initiatives toward sustainability in UMaine Dining such as the introduction of compostable packages are opportunities to learn and grow — for the community, dining services and himself.

“We’re all here for the same reason,” Taylor said. “It’s all education. Food is education.”