Transgender Day of Remembrance honors those lost to violence 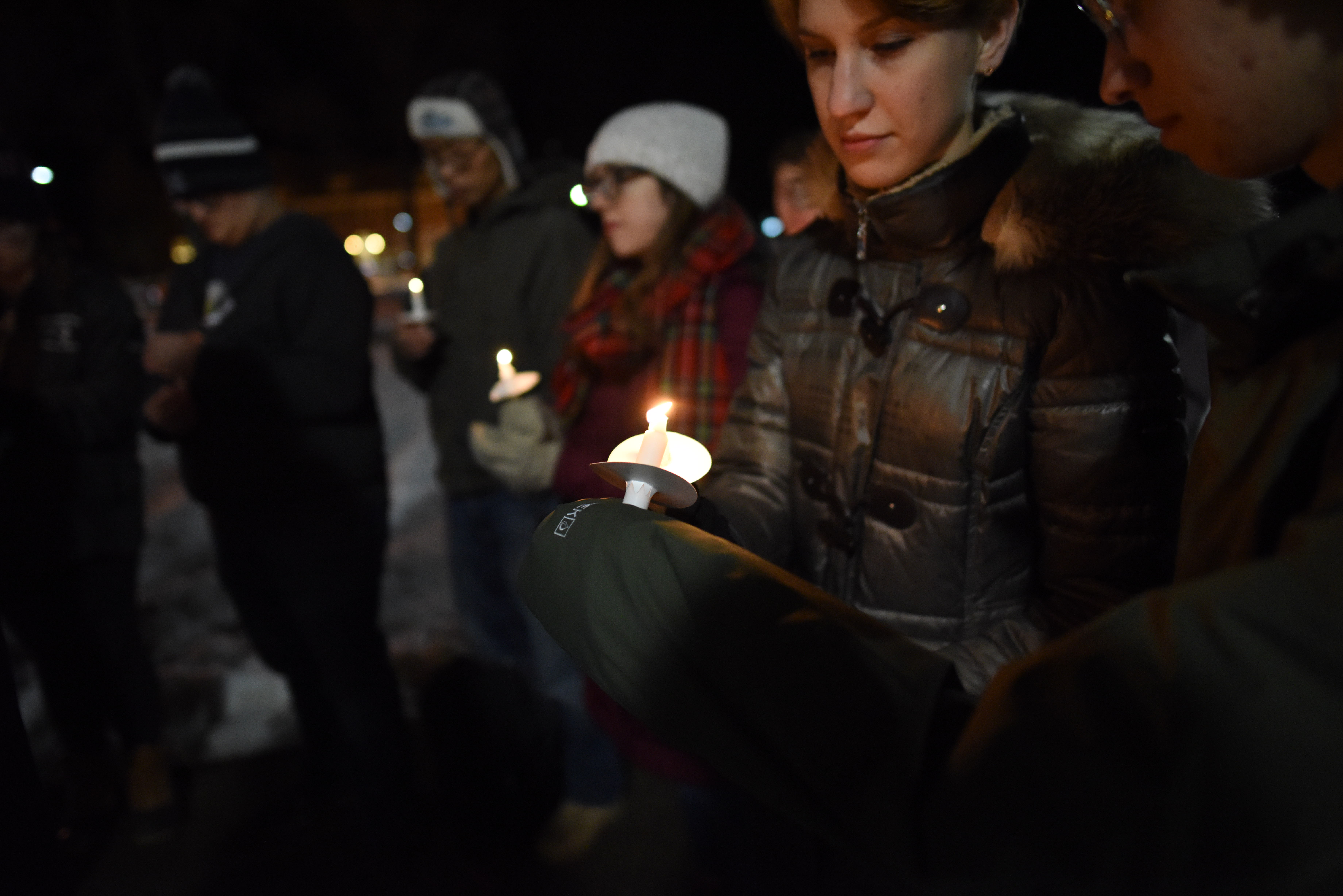 The Wilde Stein: Queer Straight Alliance group, a student organization aimed to spread awareness and acceptance of sexuality, gender, and the LGBTQ community across campus, originally organized the Day of Remembrance for Nov. 16 but had to postpone due to inclement weather.

“The whole idea of [the day] is to … bring not only the trans community together but also the campus in general, to show that we don’t support hate here and no matter your identities, you are welcome here and protected by us,” Aiden Ciaffaglione, the president of Wilde Stein and organizer of this event, said.

In all, the event hosted 12 guest speakers — more than any previous year — to share their thoughts. This was followed by a candlelight vigil.

Assistant Vice President and Senior Associate Dean of Students Kenda Scheele was first to speak, followed by Silvestre Guzmán, the director of the Office of Multicultural Student Life and the Rainbow Resource Center. After Guzman, several other representatives from the Rainbow Resource Center and the Office of Multicultural Student Life spoke.

“It shows that not only is it happening here but it is also happening on a global scales,” Ciaffaglione said. “We . . .  have a responsibility to almost everyone to make sure that this issue is being addressed.”

Ciaffaglione also noted that UMaine administration has been extremely helpful and supportive in the planning of this event.

Kierst Finsand, a pre-doctoral intern at the UMaine Counseling Center, and Jessica Browne, a licensed clinical social worker and co-coordinator of outreach at the Mind Spa, were among the speakers at the event.

“The burden of increasing awareness cannot fall on the trans community . . .  it’s our job as individuals but also as a counseling center community to help co-create the spaces where safety can be cultivated and in turn, support can be cultivated,” Finsand said.

Browne also commented on the role of the Counseling Center in supporting UMaine’s transgender community.

“We’re always trying to meet with the oppressed, the underrepresented. We try to identify the risk factors and the barriers to getting help and we recognize with counseling, in general, there is a lot of stigmas and there is already a barrier to walking through our door,” Browne said.

The UMaine Office of Equal Opportunity’s nondiscrimination notice states: “The University of Maine System is an EEO/AA employer, and does not discriminate on the grounds of race, color, religion, sex, sexual orientation, including transgender status and gender expression, national origin citizenship status, age, disability, genetic information or veteran’s status in employment, education, and all other programs and activities.”

This year, the day honored 24 people who had lost their lives between the years of 2016 and 2017 due to transphobic hate crimes in the United States. Wilde Stein noted that there are over 300 other people from various countries that were not listed or identified.

You can find more information about Wilde Stein by contacting Aiden Ciaffaglione at aiden.ciaffaglione@maine.edu.