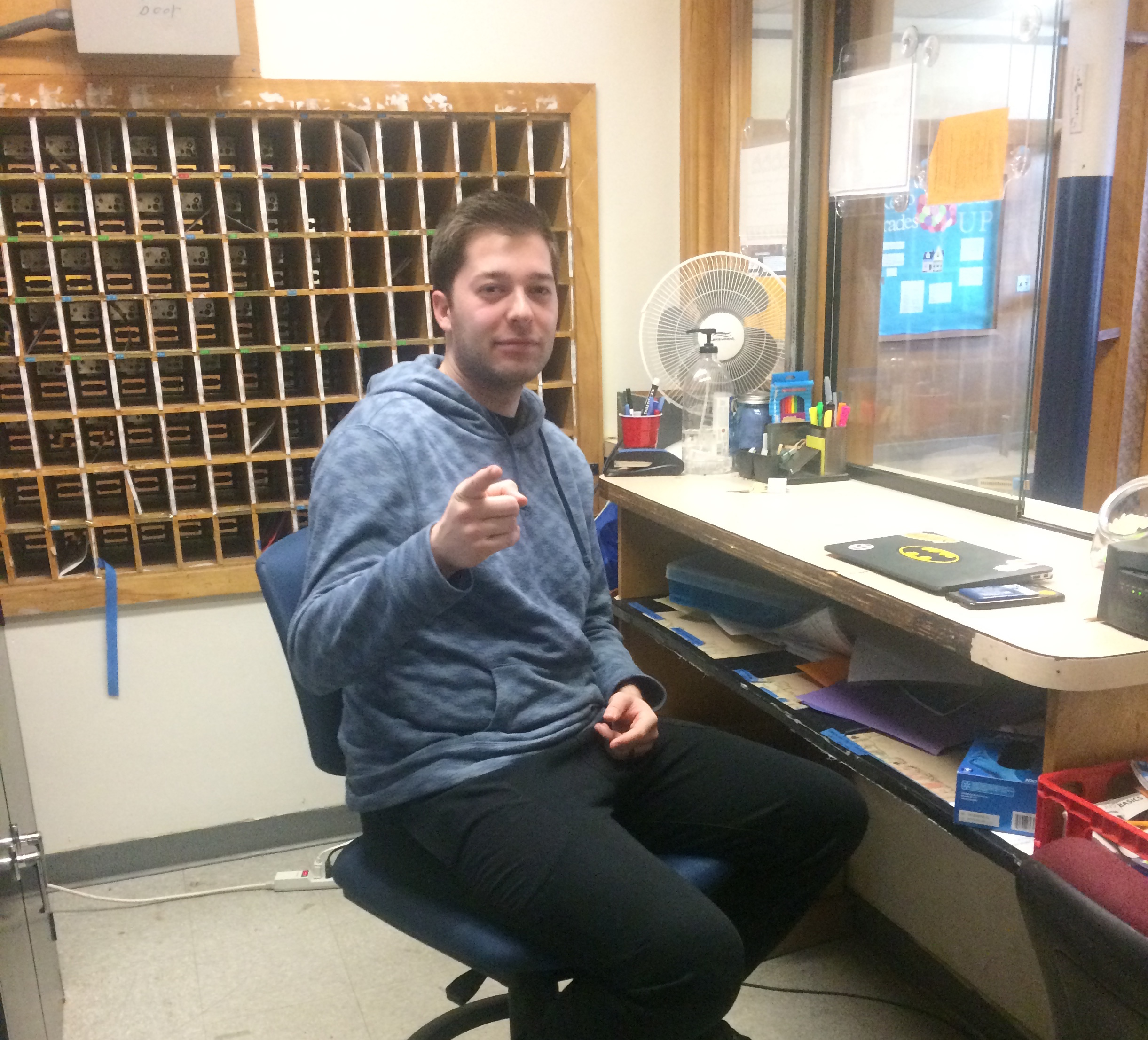 At the University of Maine, resident assistants (RAs) act as ambassadors between students and the university. They work to keep students safe, inform residents of clubs and opportunities and attempt to lend a helping hand. This notion couldn’t be more true for Marshall Abbott.

Abbott is a third-year communications and marketing student. In his free time, he enjoys hanging out with friends, playing video games and singing with the UMaine Black Bears Men’s Chorus.

This is Abbott’s second semester as an RA and he takes a lot of pride in making a positive impact on campus. Over the course of his time working in both Kennebec and Hart Halls, he has become a pro at navigating the social and professional waters of the RA life.

“We’re told to be students before RAs, but it’s pretty easy to balance work and school. Sometimes it can be daunting but it’s not too bad. It’s about time management and being a resource for people mostly,” Abbott said.

Abbott’s experience as an RA has in some ways been unusual. He began working after the formal training sessions had been completed, but this did not stop him from diving in head first and attempting to excel.

“When I first got hired, I sort of got thrown into it without any training, but you tend to fall into the role as time goes on,” Abbott said. “Most days it’s pretty average, you wake up, go to class, eat dinner and go to bed. On the days that you’re on duty you call in, sit at the desk, do a couple sets of rounds and make sure that no one is violating any housing agreements. It’s not too bad.”

One of the most challenging aspects of Abbott’s job is handling conflicts between residents. This common issue, as Abbott explains, is just a part of his duties.

“Most of the time if residents aren’t getting along it’s because they haven’t talked to each other,” Abbott said. “I can’t tell you how many times I’ve said ‘Did you talk to them about this?’ and they go, ‘No.’ If they talk first, and then the issue persists, that’s when I sit them both down and talk it out. It’s all about communication and respect.”

To Abbott, the most rewarding parts of the job are the connections and friendships he has made. As an RA it is essential to be good at communication, something that Abbott not only succeeds at but enjoys.

“I like interacting with hundreds of people each day, and I like being a go-to person if somebody needs something,” Abbott said. “It also opens up a bunch of different opportunities for me. Interacting with my staff is a lot of fun too. Work friends are always good friends.”

This week in GSS
Finding a personal narrative in Russia