New Balance Recreation Center ranked No. 3 in the nation 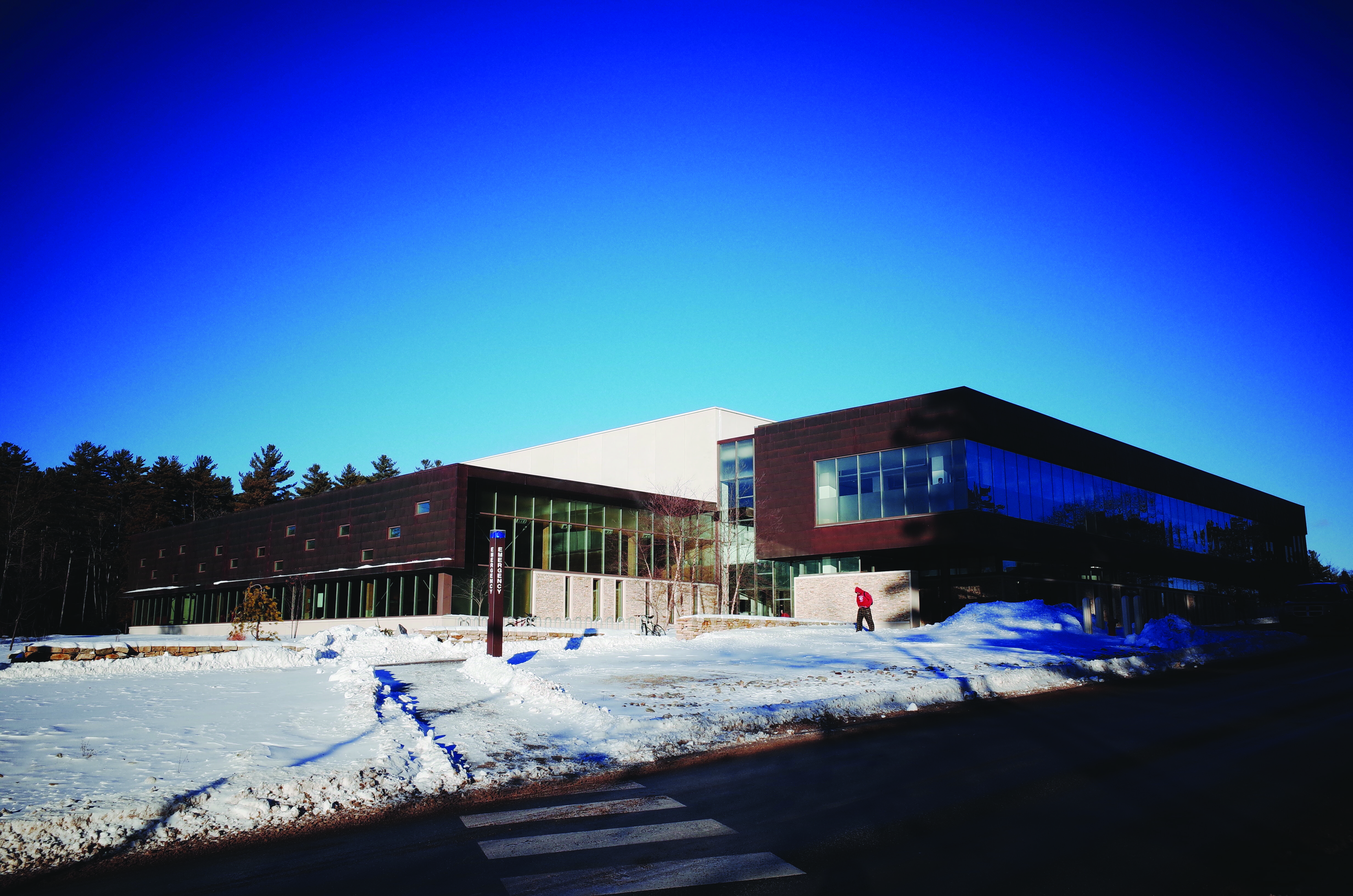 A recent ranking of college recreation centers across the nation placed the University of Maine’s New Balance Student Recreation Center at number three on the “50 Great College Gymnasiums and Recreation Centers for 2019” list.

The survey conducted by Great Value Colleges ranked recreation centers on a number of factors, including: ranking according to other organizations’ lists, “evidence of commitment to future upgrades, evidence of supplementary facilities (such as outdoor spaces) and evidence of innovation.”

Information for the survey was collected from the individual rankings by different websites of the best college and campus gyms nationwide. That information was then analyzed to see which facilities were consistently ranked highest.

“I think a couple things stand out about our Rec Center,” Director of Campus Recreation Jeff Hunt said. “The design works, there is very little wasted space, it has great natural light, and is open and welcoming. Also the location next to the forest trails is unique.”

The construction of UMaine’s $25 million Recreation Center started in 2007 and was finished by August of that year, when the facility opened. Previously, students utilized the Athletic Department-managed Memorial Gym and had to plan around the schedules of sports teams utilizing the facilities. The Recreation Center, is now managed by Campus Recreation and is open to all members of the community.

“On one hand, honestly I am a little surprised that after 11 years we are still being recognized as there are a lot newer and bigger centers out there,” Hunt said. “[On] the other hand I am not surprised … our center is well used, well taken care of, and stands the test of time.”

Since its construction, the Recreation Center has received recognition from numerous publications, including Athletic Business Magazine in 2008 and Men’s Health Magazine in 2014, and is consistently ranked among the best college gyms in the nation.

Great Value Colleges is a website whose mission is to help prospective college students make informed decisions about where they want to go to school. The website does this in part by creating lists like this, where prospective students can see how different universities compare. In addition to ranking recreation facilities, Great Value Colleges has also ranked schools based on affordability by program and location.

“[The Recreation Center] has a key role in creating a healthy and active community for all,” Hunt said. “Before the Rec Center none of us had an idea how it would change the culture. The old fitness area in the field house saw 1,500 visit a week, the Rec Center sees between 1,800-2,200 a day.”

In regard to future upgrades, one of the criteria used by Great Value Colleges in its ranking, Hunt said that there are some ideas for internal and external improvements but that a timeline on these could not be provided at the moment.

Among the Recreation Center’s facilities are workout spaces, pools, a sauna, basketball and multi-use sport courts and more than 15 miles of outdoor trails in DeMeritt Forest. The Recreation Center is also considered to be an environmentally friendly building, a fact represented by the facility’s silver certification by Leadership in Energy and Environmental Design.

Ariana Grande’s ‘thank u, next’ drops after weeks of anticipation.
The importance of celebrating friendships as adults