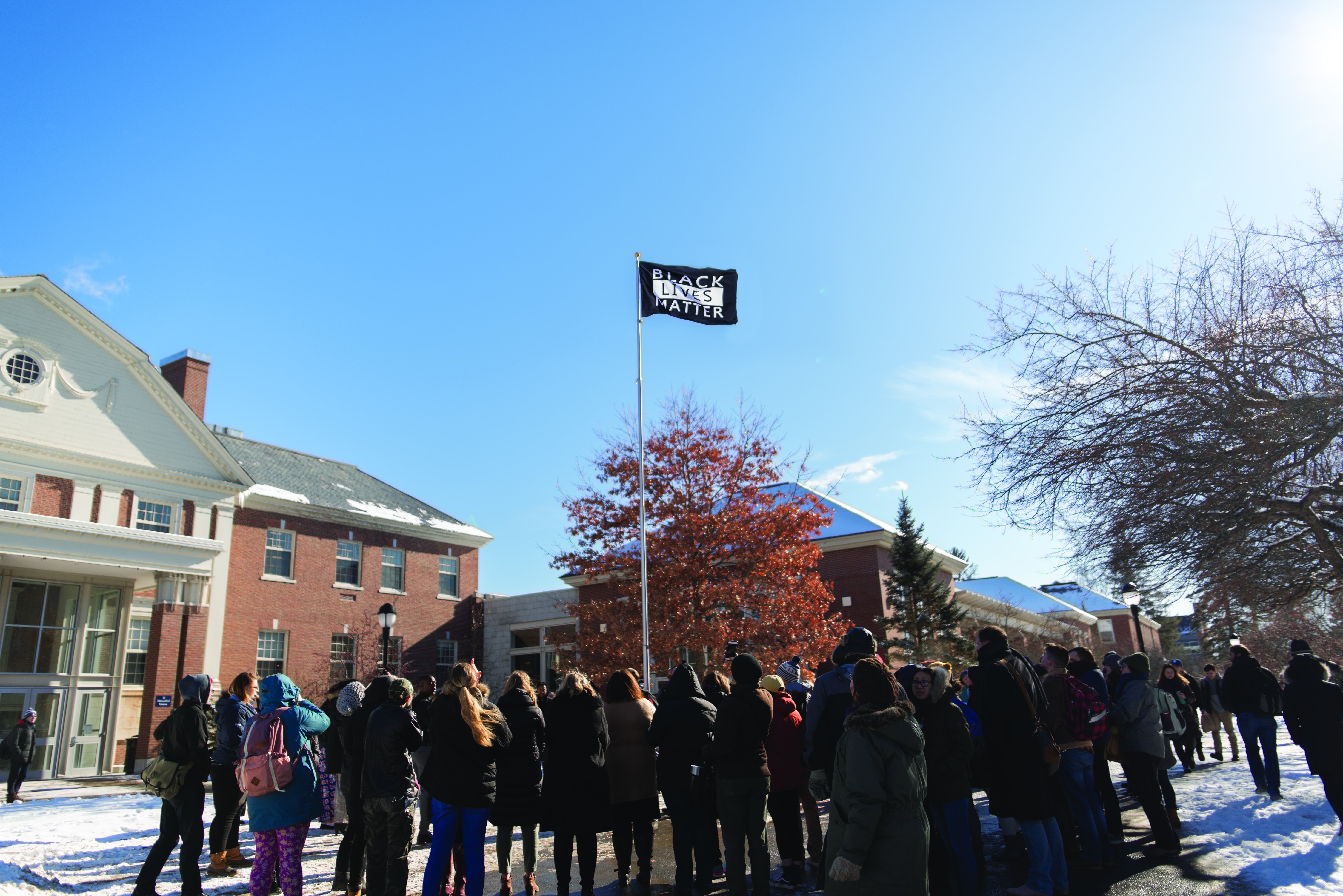 On Wednesday, Jan. 30, a panel discussion was held in the Coe Room of the Memorial Union to explore how racial bias, historical trauma and social media intersect.

The discussion featured a variety of people with a wide range of perspectives. The panelists included Darren Ranco, who is the chair of the Native American Programs at the University of Maine; Sherri Mitchell, a representative of the Penobscot Nation; and Meaghan LaSala, board chair and political education committee chair at the Southern Maine Workers’ Center.

The discussion focused on the increasing trend of violence and divisive public discourse that is influenced, in part, by social media. The recent confrontation between Catholic high schoolers, Native Americans and Israelites in Washington D.C. that made headlines around the nation was the basis of the discussion.

A video of the incident posted to social media gave the illusion of tension and disagreement between the groups, some argued.

This example explained how social media discourse often leads to rushed judgements. The panelists said that social media reporting can create symbols, such as the “Make America Great Again” hat, which people have started to associate with racism, similarly to how the media is now often associated with corrupt liberal agendas

All those in attendance were asked to express their first thought when they saw the video online.

The discussion explored how social media reporting aims to find a person or group to be wrong and another to be right resulting in an “us versus them” mentality. As a result of this, the panelists said, only part of the story of an event is told.

“We seek for one or the other,” Mitchell said. “Rights and wrongs, this denies opportunity to see responsibility of all the parties. This creates a lack of understanding and a jump to who’s to blame.”

Mitchell explained that the confrontation event could have been an opportunity to educate and learn but rather it became the opposite. Mitchell further expanded that much of the resistance and conflict seen today result from the deep-rooted historical trauma in the United States.

“The resistance is no longer the minority groups but rather from that fact the decentralizing whiteness is scary for those benefiting from whiteness,” Mitchell explained.

“We need to see through the media to heal and allow for each other’s historical trauma to play out,” according to Ranco. By doing this, he continued, society will become more inclusive.