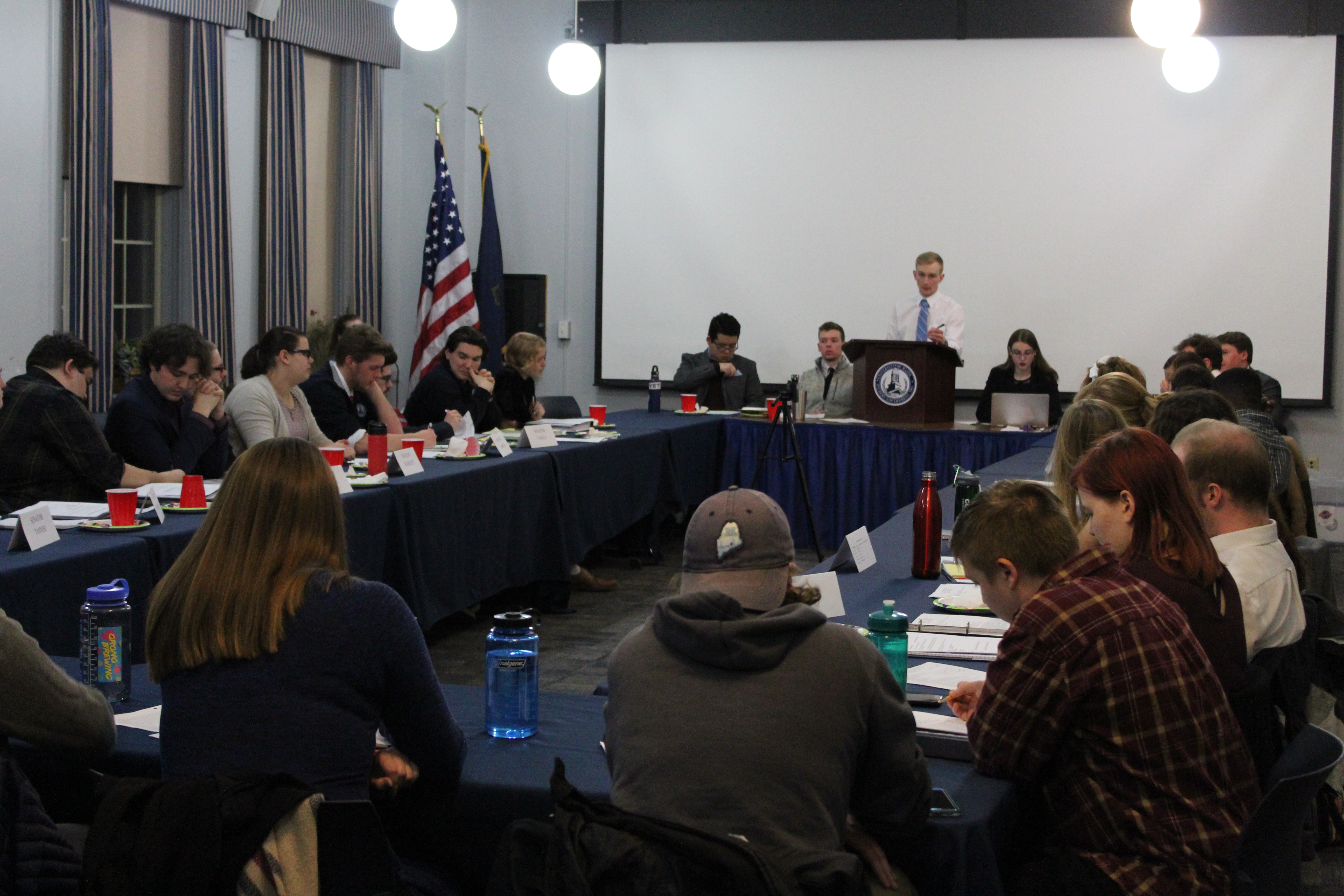 The nomination form that a student must complete in order to run for office will be due by noon on Wednesday, Feb. 20, in the UMSG Center; after this date and time, no further applications for candidacy will be accepted.

A day later, on Thursday, Feb. 21, the candidates will be asked to attend a mandatory afternoon meeting scheduled for 6:30 p.m. in the Bangor Room of the Memorial Union. The end of that meeting will mark the start of continuous election campaigning, a period during which candidates will have to market themselves to the student body.

Among other things, candidates will be asked to give a platform speech to the Student Senate and participate in a public electoral debate.

Throughout this process, the University of Maine Fair Elections Practices Committee, or FEPC, will supervise the procedure and serve as a mediator between candidates. Chaired by third-year biology and pre-med student Matthew Akers and composed of student senators and at least two students that are uninvolved in UMSG, the FEPC will also be responsible for ballot counting and for reviewing any electoral wrongdoing.

To fund their campaigns, each candidate will also be given $100 by the Student Senate.

“Candidates are not allowed to spend more than $100 on their campaigns in order to keep the election as far as possible,” Akers said. “With that $100 budget, an expense report is due on Tuesday, March 12, even if no money has been spent on the campaign.”

UMSG will provide candidates with the $100 in campaign funds since self-funding a campaign is strictly prohibited.

At 9 a.m. on March 25 polls will open. At 5 p.m. that same day the polls will close and soon after, after more than a month of campaigns, the next president and vice president will be chosen based on the results of online and in-person voting.

“We are planning to use Qualtrics as an electronic ballot and plan to announce the results once they have been verified and voting has ended, which will hopefully be on election day,” Akers said.

This election’s impact may not be immediately obvious to all students, but it will nevertheless hold significance.

“Both the president and vice president are responsible for overseeing around 200 clubs and over $1,000,000, along with everyone else within the organization,” Logan Aromando, the current president of UMSG, said.

“Who wins the presidency impacts what topics are focused on,” Vice President Bentley Simpson said. “With a finite amount of time and energy, different [presidents] have different focuses; parking, advertising and outreach, student entertainment, administrative relationships … The vast majority of our policies are the same year to year, so most of the impact the students will see is in the form of what topics the president brings up to the administrators and focuses on throughout the year.”

The president will also, throughout his or her term, serve as a representative for UMaine’s general student population, attend meetings with administrators and answer emails from third-party groups.

The vice president presides over General Student Senate meetings each Tuesday and should therefore have a strong understanding of the Senate’s policies and rules of order.

Perhaps the most important of the president’s responsibilities is his or her selection of the three executive positions, the vice presidents of financial affairs (VPFA), student organizations (VPSO) and student entertainment (VPSE), during the outgoing term.

These executive officers hold much of UMSG’s power. The VPFA, for example, serves as the chair of the Executive Budgetary Committee and is responsible for managing the Senate’s financial resources.

“[The VPFA] is also responsible for helping UMSG recognized organizations submit their budgets in the spring,” Simpson said. “This position answers a ton of questions the senators have about financial precedence or policies during senate.”

Second only to the president among executive officers is the vice president, the position currently occupied by Simpson.

Simpson said that, during his tenure, he has opted for a middle ground between these two styles, and that doing so has had a positive result.

Simpson also emphasized the importance of the election’s strict timeline, with the most immediate deadline being Monday, March 4 when the candidates must submit their pictures and biographies to the Akers. On March 11, exactly one week later, the presidential debate will take place in the North Pod of the Memorial Union.

Although the election itself will happen on March 25, the electoral process will not be over until March 29, the date by which any procedural complaints must be submitted to Akers. The presidential inauguration ceremony will then be held in the Bangor Room of the Memorial Union on Tuesday, April 30.

Any undergraduates interested in running are advised to grab a nomination form in the UMSG Office and submit the completed form before noon on Wednesday, Feb. 20.