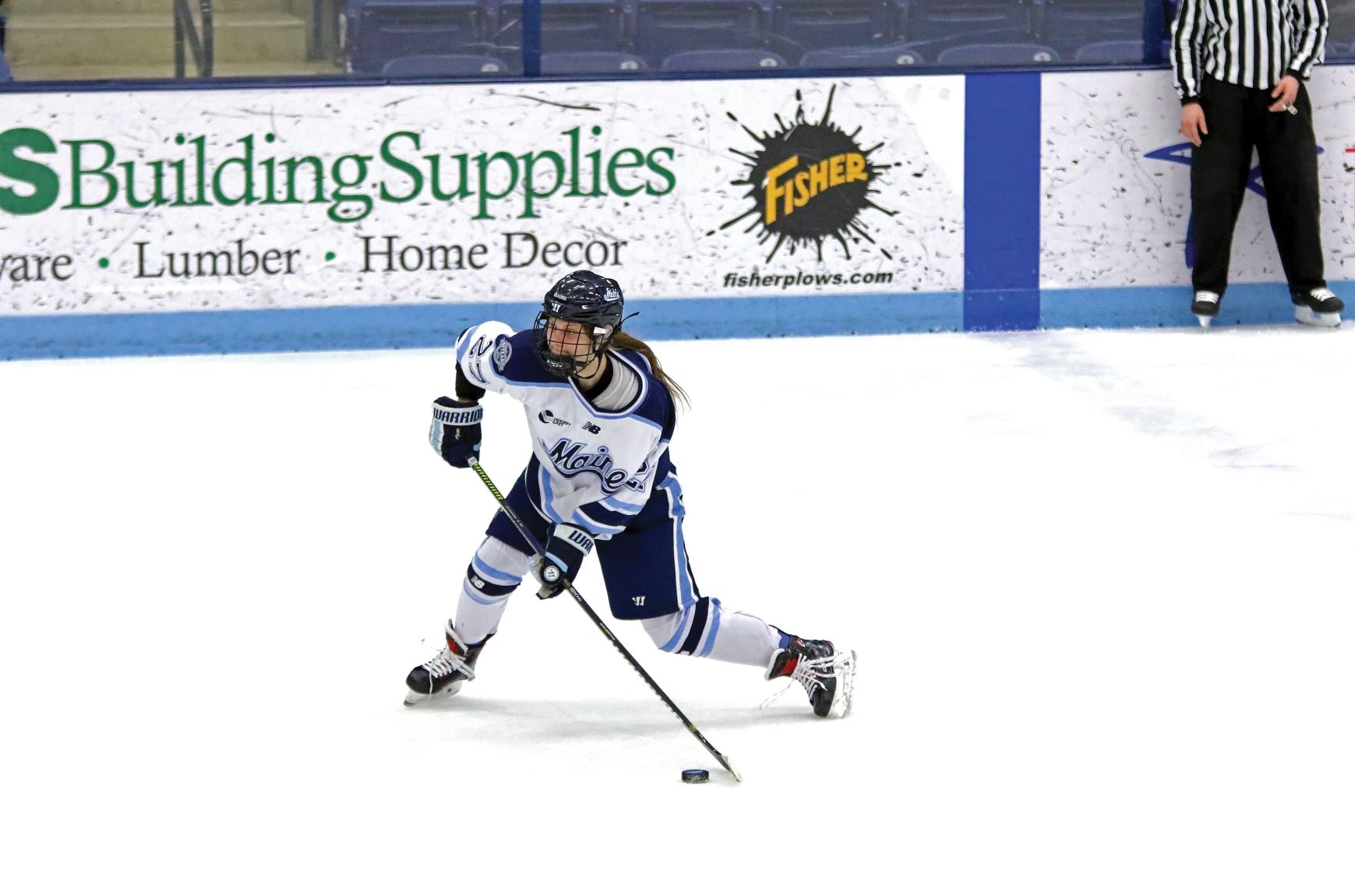 The Wildcats started out the game strong, finding the back of the net with their first shot on goal under two minutes into the contest. Third-year forward Carlee Turner took a wide shot that ricocheted off the boards to fellow third-year forward Meghara McManus who sent a one timer into the back of the net. With mounting pressure from both sides the period ended 1-0 after a constant back and forth battle.

The Wildcats started the period out quick again, with another quick goal, just barely under a minute into the second period. Fourth-year forward Devan Taylor scored from the crease off a rebound from a shot by McManus. The Wildcats used that goal as momentum and shut the Black Bears out again in the second period.

The third period began the same as the first two, with a quick goal to start off the action. After being shut out in the first two periods, Maine, under a minute into the period, attacked the Wildcats goal for their first score of the evening. At the tail end of a power play to open the third period, shovelling the rebound on third-year forward Vendula Pribylova’s shot from the middle slot, first-year forward Ally Johnson scooped up the loose puck and snuck it past fourth–year goalie Kyra Smith. The goal was first-year Johnson’s second of the season and her first return to the scoresheet since Oct. 12 against Sacred Heart. Eight minutes into the third period, third-year forward Taylor Wenczkowski got caught in the corner scrum, picked the puck out and skated to the center, sniping one past Black Bears’ third year goalie Carly Jackson bringing the score to 3-1.

With seven minutes left in the third period, Wenczkowski deflected a shot from in between the face off circles and sniped one bar down, bringing the score to 4-1. Maine’s second goal on the night came on a two-on-two break seconds after the Wildcats fourth goal, as second-year forward Daria Tereshkina handled a defensive zone outlet pass from third-year defensemen Brittany Kucera. Using the extra space, Tereshkina pulled out wide away from her defender to send over a pass to Pribylova. Pribylova fired a rising shot in stride over Smith for the second Black Bears goal of the afternoon. With two minutes left to play in the game, the Wildcats scored an empty net goal to seal the win and take two points from the Black Bears. Defensively, Maine kept UNH to 26 shots on goal and blocked seven in front of Jackson. Maine’s penalty kill held strong in the game, going 3 for 3 on the evening.

Two teams currently battle for fourth place in Hockey East, as the Providence Friars and Merrimack Warriors are currently tied for fourth with the Friars record of 11-8-1 and a Warriors record of 10-8-3. The Friars will finish off the season with two games versus the Black Bears, two versus the top ranked Huskies, one at Boston University and one at Holy Cross. The Merrimack Warriors finish off the season with three games against the top ranked Huskies, two versus the University of Connecticut and one at UNH.

The Black Bears find themselves in eighth place, with only two points separating the sixth, seventh and eighth seeds. The Black Bears currently have a record of 7-11-3 in Hockey East. Maine will finish the season off playing two games versus the Providence Friars, two at Boston College and one versus the Vermont Catamounts.

At the bottom of the Hockey East standings, the Vermont Catamounts and the Holy Cross Crusaders could not find their groove all season. The Catamounts are currently ninth with a record of 5-14-2, collecting 12 points in 21 games. The Crusaders are currently last in Hockey East with a record of 1-20-1, with three points in 22 games. With the season coming to the end the Catamounts and Crusaders likely are looking forward to the end of the season. The Catamounts will play Holy Cross three times, the Black Bears once, and University of Connecticut twice. The Crusaders will face off against the Catamounts three times, Boston University once and the Providence Friars once as well.