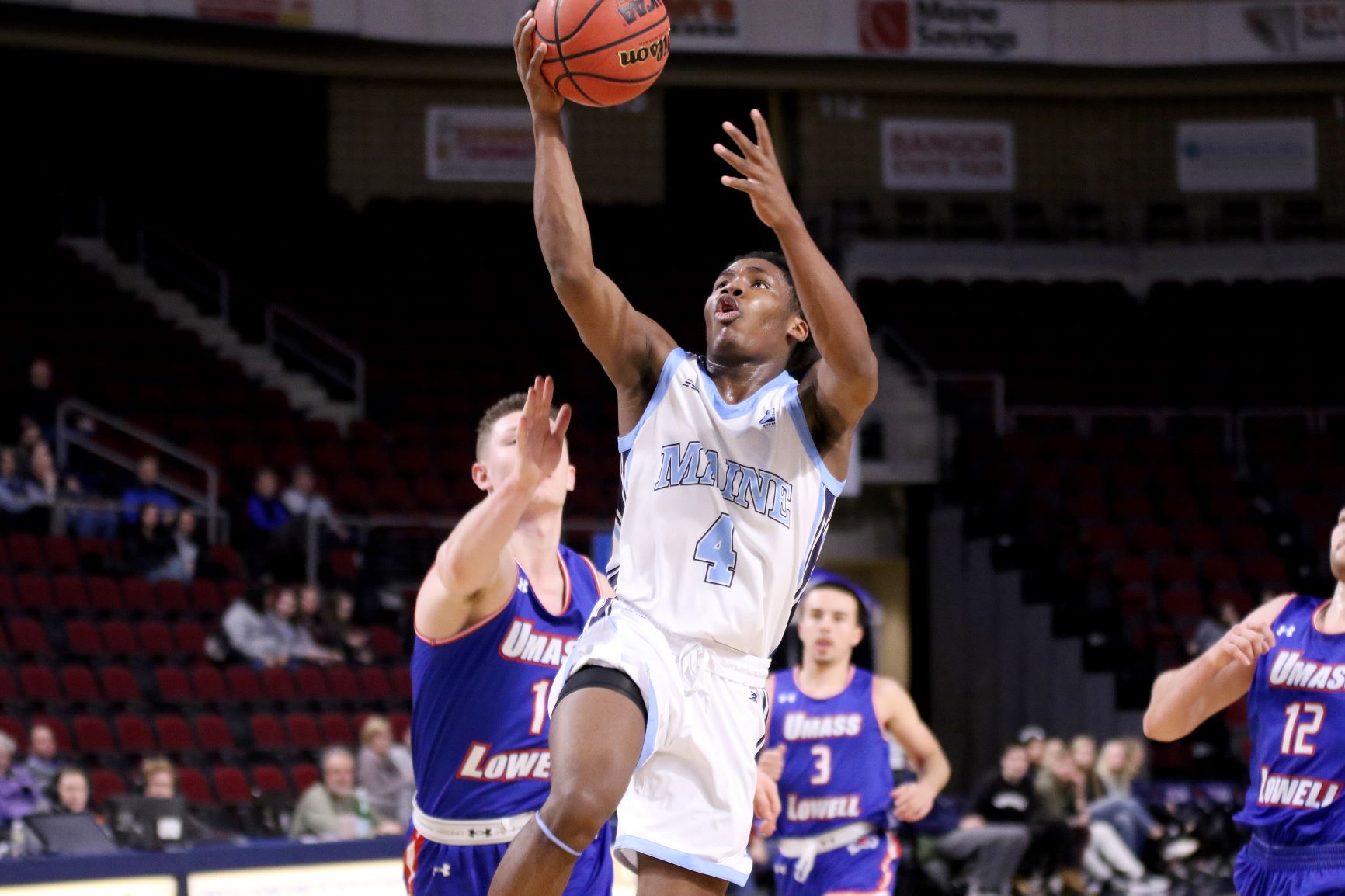 The University of Maine’s men’s basketball team struggled this week in home games against the University of Massachusetts Lowell and Binghamton University. Both games were against fellow American East teams. The first game was Wednesday, Feb. 27 against Lowell, where the Black Bears worked to outscore their opponent for the second time of the season.

At the end of the half, Maine had quite the spread of scorers and a strong 31 points and 18 rebounds. Lowell also ended the half with 31 points, however most of the teams scoring went through third-year guard Christian Lutete. Lutete scored 17 points but for the second half the Black Bears stopped the scoring threat, only allowing four more points to come from him.

The second half started out just as evenly as the first half and by the 10 minute mark, both teams were again tied. This changed very quickly due to a sudden run made by Lowell. Lowell jumped up to a 10 point lead with five minutes left and during this time Maine couldn’t seem to find their shot. As the final buzzer sounded, the Black Bears walked off with a 70-61 defeat at the hands of Lowell. The leading scorers for this game were third-year forward Vincent Eze with 15 points, third-year guard Dennis Ashley with 11 and second-year center Vilgot Larsson with 10 points.

Their next game was played Saturday, March 2, against Binghamton. After losing to the Binghamton Bearcats 66-78 earlier in the season, Maine looked to level the score in this contest. The team was able to keep the game interesting for the first half of the contest, ending with a score of 29-33. Maine’s disadvantage came from beyond the arch, where the Bearcats shot 42 percent to the Black Bears’ 22 percent.

The Bearcats’ shooting only improved as the game went on, hitting an astounding 65 percent. Entering the second half both teams went back and forth, but after a few minutes Binghamton found its groove. The Black Bears increased their outside shooting to 43 percent, but were unable to keep up with Binghamton’s onslaught. Not only that, but they brought their shooting from the field to 64 percent and shot 100 percent from behind the foul line. Their explosive offense caught Maine off guard, overwhelming the Black Bears’ defense by dropping a whopping 50 points in the second half. While Maine managed to put up 31 points of their own, their offense was no match for the Bearcats’ attack, losing by a final score of 83-60. Eze had a double-double for the game with 22 points scored and 11 rebounds, while also contributing three assists. Outside of Eze, only Ashley was able to put up double digits in scoring for Maine, contributing 11 points of his own.

The next and final game for the Black Bears this regular season will be against rival University of New Hampshire Wildcats. The game against the Wildcats will be played in Durham, New Hampshire on Tuesday, March 5. After defeating the Wildcats 62-53 earlier in the season, Maine looks to finish the season strong with a final win to send them into the offseason.