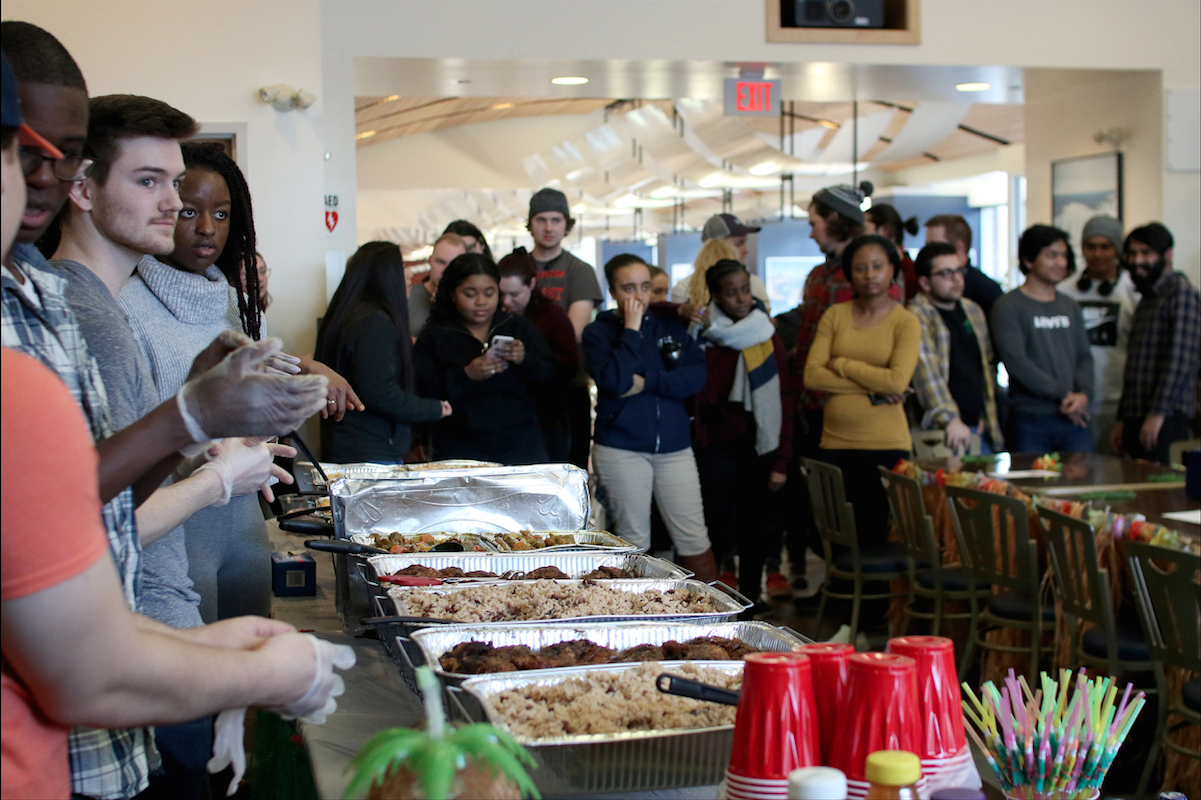 On Friday, March 8, the University of Maine Caribbean Club hosted its fifth annual Carnival celebration. Caribbean Club held the event to not only celebrate but also educate UMaine’s student body about Caribbean culture. This year’s Carnival was particularly special as it coincided with International Women’s Day.

“Carnival is a celebration of the liberation of the slaves in the Caribbean islands, and it’s a time of freedom, a time to party, and be with your friends and just have a little bit of fun. It’s also supposed to be a little educational as well,” Mia Frosnas, the club’s current vice president, said. “This year is our fifth annual Carnival and basically, our goal is to not only celebrate Carnival which ended this past Tuesday, but also to celebrate International Women’s Day.”

The festivities started with a dinner consisting of jerk chicken, cod fritters and rice and beans among other options. To intersect with International Women’s Day, the Caribbean Club made a point to emphasize Caribbean women who have had an impact on various areas of history, including popular culture and athletics.

“One of the main highlights this year was that at each table we had notes about different Caribbean women or women of Caribbean background that have impacted pop culture or athletics or sciences,” Frosnas said.

Ever since its inception in 2014, the Carnival celebration has grown larger each year.

“This year was actually our biggest year,” said Frosnas. “The turnout was larger than we expected because we had people not just in the North Pod but down [stairs in the Memorial Union] as well.”

After the dinner ended, the Caribbean Club had a number of events planned for the rest of the night, including an after-party at Orono House of Pizza (OHOP).

“We had a lot of people play our trivia where we asked questions about the Caribbean Islands. It was nice to see what people knew about the Caribbean flags as well as their placement on a map. This is also the first year that we’re having the after party at OHOP,” Frosnas said.

Traditionally, Carnival is held in an outdoor setting. However, Maine’s climate often impedes this element of the celebration. Despite this, the Caribbean Club still manages to work around this problem.

“Last year was the first time we had the carnival outside,” Frosnas said. “It’s supposed to be outside, but because of the weather being so unpredictable we had to take it back inside … it’s still a lot of fun.”

Currently, the Caribbean Club has around 15 members but that number is growing larger every year. The goal of the Carnival celebration and the club’s other endeavors are to integrate members of the UMaine community and create a strong presence of rich Caribbean culture on campus.

For more information about Carnival or the Caribbean club, check out their website at umaine.edu/multicultural/caribbean-club/ or follow them on Facebook. Meetings are held every Thursday from 6:30 p.m. to 7:30 p.m. in the Lown Room in the Memorial Union.