College is a glorified resort, students should act accordingly

With the recent onslaught of winter storms and frigid temperatures making up for the early lackluster winter, many students feel restricted to staying indoors on afternoons and weekends when they would otherwise go out and remind themselves what the sun feels like. Cabin fever and seasonal affective disorder (SAD) are on the rise, leading to feelings of depression and sluggishness. Individuals often treat these feelings with alcohol or other means of self-medication, and while this may help in the short-term, frequent and excessive employment of these methods won’t treat issues in the long-term. Rather than watching Netflix or spending money on booze, students ought to take advantage of the services which they have already paid for with their college bill.
The New Balance Student Recreation Center was built in 2007 at the cost of $25 million and as a result, every semester each student with more than six credits pays an official recreation fee to subsidize the cost of the Recreation Center as well as other recreation options in the Mahaney Dome and the Maine Bound Adventure Center. For the 2018-19 academic year, students paid a total of $284, which may seem insignificant but is still a rather large amount of money to waste if you’re not making use of campus recreation services. The average student debt in Maine as of 2016 was $31,295, which was eighth highest in the nation at the time; if students are going to take on the kind of debt that will follow them into their thirties and beyond, then at the very least one should do their utmost to squeeze whatever they can out of the experience.
Universities seem to be on an endless quest to outdo each other in order to be the most like a resort and attract the most students. In fact with the Wallace Pool, racquetball courts, indoor rock walls and miles of groomed cross-country skiing trails, UMaine is definitely competing. This isn’t to say that these things shouldn’t be available or that the university is wrong to provide them, on the contrary, they are vital to UMaine’s appeal and to student wellness. Exercise and sunlight, two things that the Recreation Center has in spades— even having an entire wall of windows on the north side of the gym— are hugely beneficial to treatment of SAD according to 2006 research by pioneer psychiatrist Dr. Norman E. Rosenthal.
Beyond the Recreation Center, there are opportunities to rent skis, snowshoes, tents and other equipment at Maine Bound for reduced student fees, and there are also exercise classes like pilates and yoga that are offered for similarly reduced prices. Every student at this university has already invested in campus recreation whether they actually cared to or not. The investment students make when they come here is in their future, with their future money, and future time, and if they are going to sacrifice as much in order to be here, it would be foolish not to exploit such a system to its fullest extent. 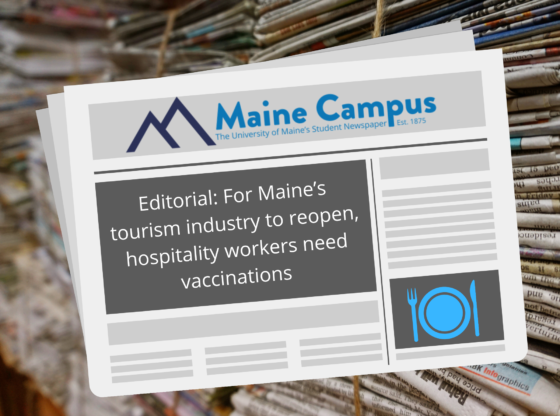