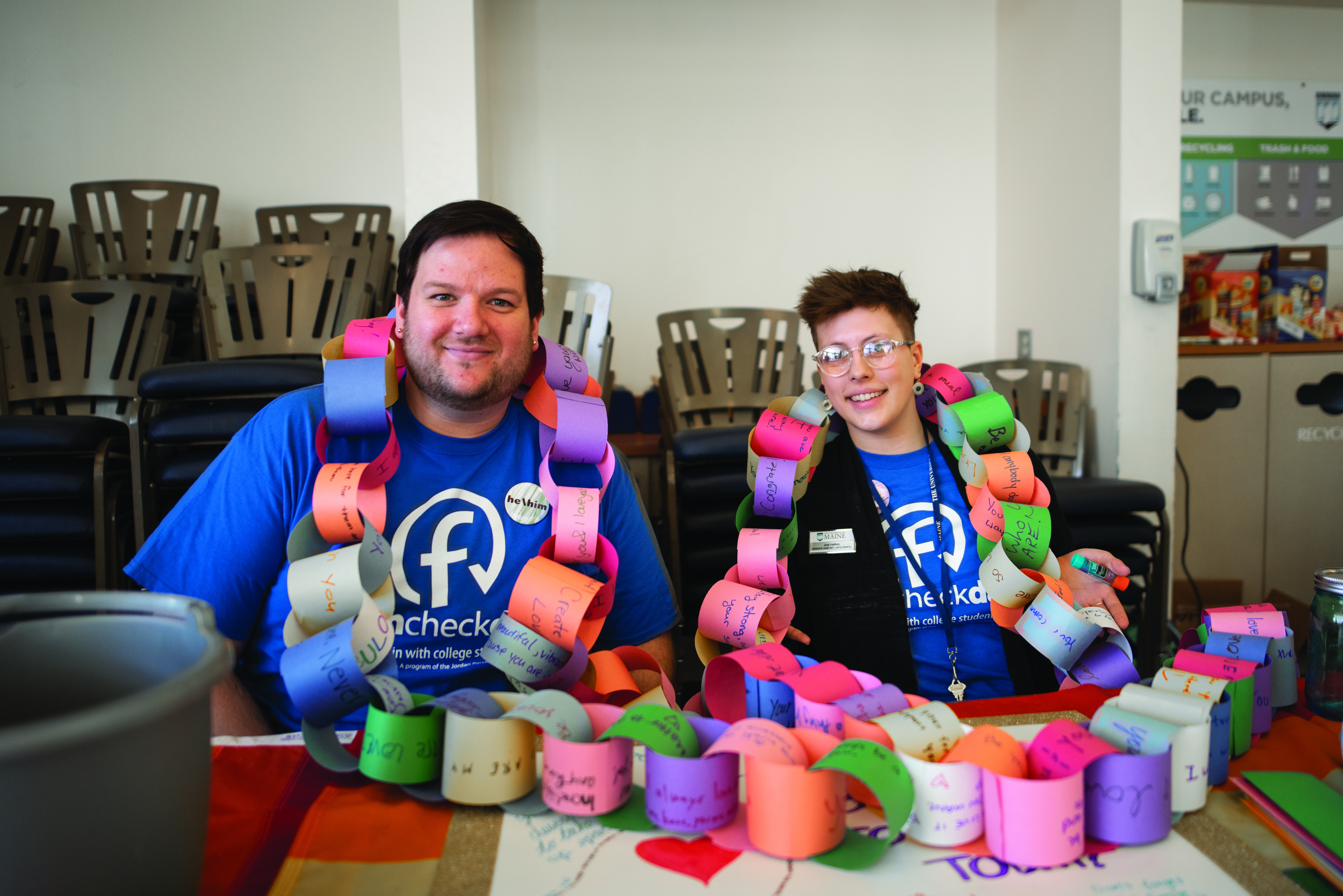 Campus Activities and Student Engagement, the Counseling Center and other University of Maine departments collaborated to bring Fresh Check Day to UMaine on Feb. 26. Fresh Check Day is an event created by the Jordan Porco Foundation designed to bring students together around mental health awareness.

Hosted in the North Pod, the event featured a variety of booths with representatives from health and wellness groups and other organizations on campus.

One booth called “At Ease” aimed to raise awareness about the high suicide rate among military veterans. According to the U.S. Department of Veterans Affairs, non-deployed veterans are 61 percent more likely to kill themselves than members of the general population. The booth encouraged visitors to consider this through playing a carnival basketball game.

Benjamin Evans, an event programmer at the Office of Student Life, helped organized the event. He said the event’s purpose is to reduce the stigma surrounding suicide and mental health in general, as well as to make resources visible to those in need.

“We’re just trying to make sure that students know they have someone to talk to, and that it’s okay to not to feel okay,” Evans said.

UMaine’s Bodwell Center was also featured with a booth encouraging participants to cut up polyester blankets and tie knots in them to make scarves. The scarves were then donated to the Bodwell Center to be given to the homeless.

The UMaine New Balance Student Recreation Center sent an envoy from the Pink Gloves boxing program. Pink Gloves is a boxing-based exercise program with a focus on mindfulness, body-positivity and respect. The program does not contain fighting and does not train using one-on-one sparring.

Also featured at Fresh Check Day was a booth for “Systema,” a Russian martial arts and self-defense course offered at the Recreation Center with a studio in downtown Bangor. According to its website, “Systema is a comprehensive method used by combat professionals and common people alike to be the victor in dangerous situations.”

In total, there were 10 booths all designed to give students the opportunity to consider the mental health of their peers, as well as that of themselves. If students visited all 10 stations, they were entered into a raffle to win different prizes, like a Yeti mug.

Other booths included “Know Your Limits” and “UBelong” stations.

In the former, participants tried to guess the volume of “one drink” of alcohol. They also asked people to learn about signs of alcohol abuse among peers and served Grenadine and seltzer “mocktails.” The latter challenged visitors to hold Ping-Pong balls underwater and compare the struggle to that of non-traditional students juggling careers, families and perpetual anxiety.

The Jordan Porco Foundation is a nonprofit founded in 2011 by the parents of Jordan Porco, a college student who killed himself during his freshman year. The organization is built around the mission to reduce the stigma of suicide, facilitate peer-to-peer communication and promote seeking help for depression.