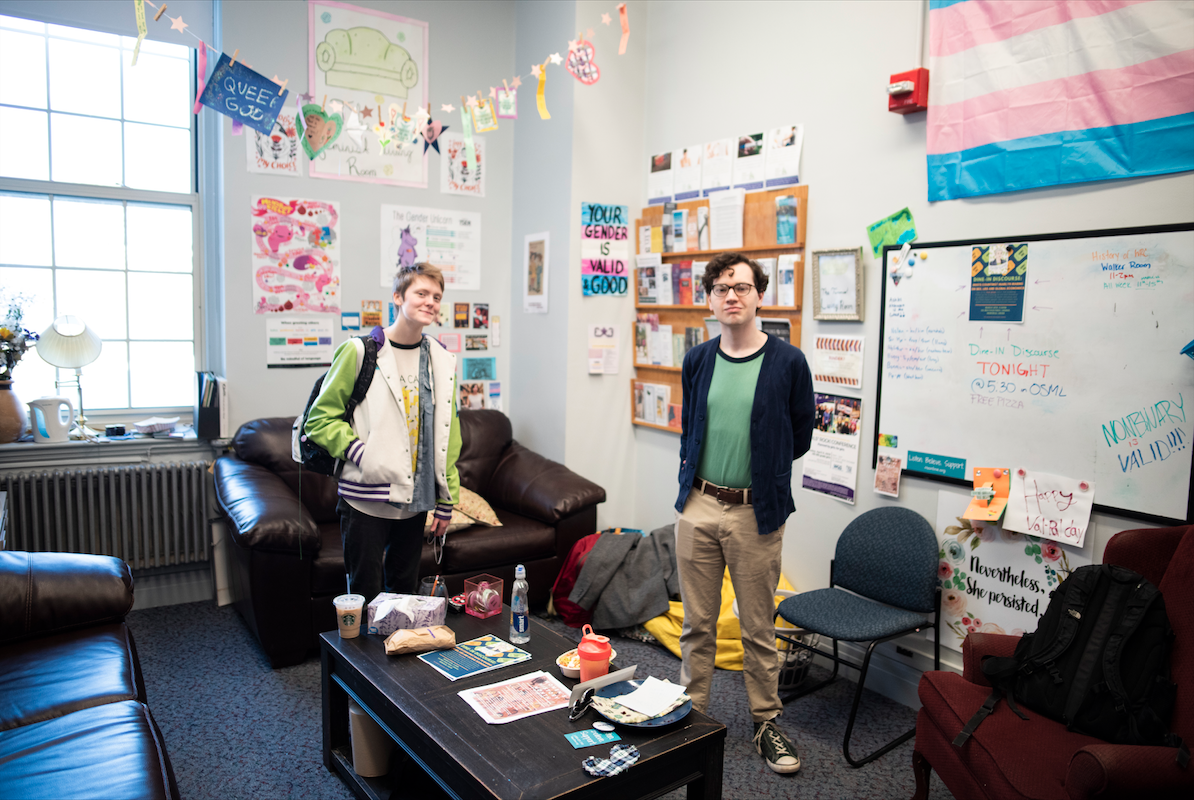 Congress voted to pass the 19th amendment in 1919, giving women the right to vote in the United States. 100 years later, women are still fighting for equality in America. At the University of Maine, groups like the Women’s Resource Center and Feminist Collective, as well as departments like the Women’s, Gender and Sexuality Studies Program, are working to give a voice to students on campus by organizing events like those in recognition and celebration of Women’s History Month and the 100-year anniversary of the women’s suffrage movement.

“We decided to do this event to preserve our history as a student activist based organization. One of our goals as a previously defunded center is to ensure the future of the WRC and that it stays on campus. Showing folks how the WRC has changed campus climate through the years will garner support and awareness for what we do as a center. The event is also in honor of Women’s History Month at UMaine, and the 100th anniversary of (white) women’s suffrage in Maine, as we honor Maine women activists,” Ashlee Atchinson, current co-director of the WRC, said.

UMaine’s WRC was founded by Sharon Barker in 1991. She served as an activist for women and girls in Maine and served as the director of the WRC from 1991 until she retired in 2015.

Barker was awarded the Steve Gould Award in 1994 for her services at UMaine. The award is in memory of Steve Gould and honors individuals or groups that demonstrate superior qualities of unselfishness and compassion in their pursuit of service to the university, according to the selection committee’s website. Baker was recognized in 1999 as Woman of the Year in Maine and awarded the American Association of University Women Award in 2009.

Despite the success of the WRC on campus, it was defunded in 2015 when Barker retired. The funds were re-allocated to the Rising Tide Center. The Rising Tide Center was established in 2010 and aimed to increase job satisfaction among female STEM faculty members and exceed their goals in recruiting, retaining and advancing women in STEM fields.

The Student Women’s Association began working to reinstate the WRC, led by future co-directors Sam Saucier and Lori Loftin. Thousands of students signed petitions to reopen the center, but they were still denied. It was not until 2016 that Saucier and Loftin were able to reopen the WRC. UMaine declined to provide funding, but the center still thrived.

In 2018, current co-directors Julia Haberstick and Atchinson secured funding and a home for the WRC. It is located in room 227 of the Memorial Union in the Student Life section, along with the Rainbow Resource Center and the Office of Multicultural Student Life.

The goal of the WRC is to help facilitate a safer campus that is more accepting for all students at UMaine. Their Facebook page further states: “We believe in equality and are dedicated to raising awareness around feminist issues. Visit us for free resources such as condoms, confidential and accurate sexual health information, emergency contraception, pregnancy tests, menstrual hygiene products, our feminist library, and peer support.”

The WRC puts on various events around campus, including the Take Back the Night Walk with the Student Women’s Association (SWA). The first Take Back the Night was in 1997. The event brings awareness to survivors of domestic and sexual assault, and gives the survivors a platform to come together to share their stories. The Women’s, Gender and Sexuality Studies Program continues to organize this event on campus in conjunction with the WRC and SWA.

By 1999, the WRC was publishing its own guide called “The Loop.” It was designed by women for women, and it served as a guide on surviving at UMaine. The WRC continued to sponsor events, like Take Back the Night, and introduced the Vagina Monologues. The Vagina Monologues are now hosted by the Feminist Collective and raise awareness about violence against women and girls.

In the 2000s, the WRC began offering classes and training to employees around campus. They provided training to resident assistants, titled “Ending a Culture of Violence,” and began the Safe Campus Project which trained over 800 UMaine employees on relationship abuse in the workplace.

The WRC continues to host events, like Dine-in Discourse and Walkout for Survivors. In addition, they bring in guest speakers to further educate students on sexual health and reproductive justice. They provide menstrual products, contraceptives and other health products. The WRC provides students access to their feminist library as well as a safe and supportive environment to visit.