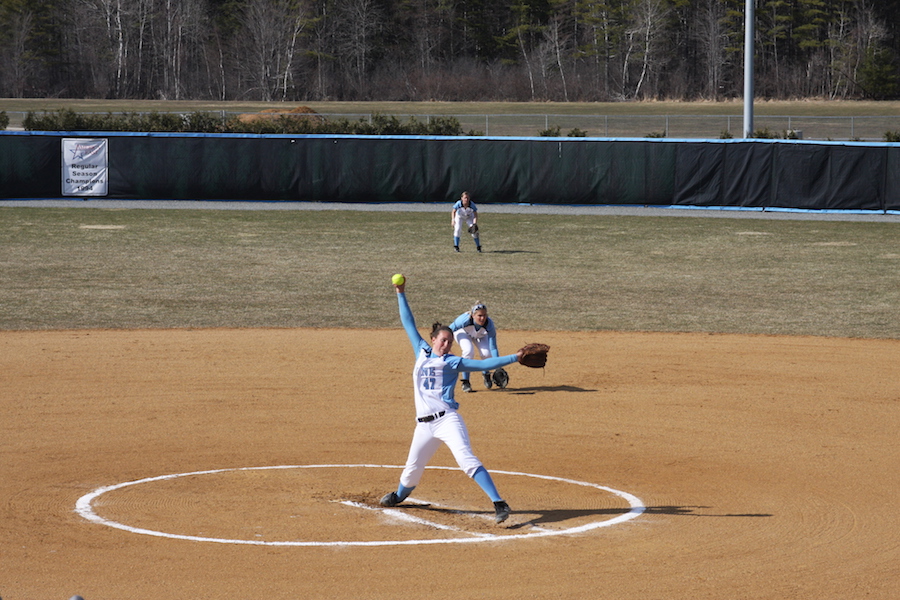 The University of Maine women’s softball team traveled down to Abilene, Texas for two double headers against the University of Missouri-Kansas City Kangaroos and Abilene Christian University Wildcats over the weekend of March 1-3.

Kicking off their four game tour, the Black Bears faced off against the Kangaroos and were handed a 7-0 loss and followed up with a 9-2 loss later in the day against the Wildcats. Maine’s offense was lacking against their first opponent, only managing two hits against the Kangaroos. While they managed to get eight hits off of Wildcats’ second-year pitcher Samantha Bradley, only two runs were scored. Bradley picked up two runs of her own on offense for the Wildcats, in addition to pitching the entire game.

First-year pitcher Gabbie Siciliano took the mound for Maine against the Wildcats and completed two frames of work before being relieved by second-year pitcher Kylie O’Donnell. The two combined to give up eight hits and nine runs, while also walking three batters. Multiple errors in the second inning by the Black Bears’ infield gave up two runs and three stolen bases, giving momentum to the Wildcats early in the contest, which propelled them forward to their eventual victory over Maine.

The Black Bears were able to bounce back the next day and pick up a win in their second game against the Kangaroos. Maine found themselves down 4-1 late in the game but were able to capitalize with their base runners and in the bottom of the sixth, second-year right fielder Hailey Perry knocked a solo shot that tied the game at 4-4 going into the final inning. Reliever Lilly Volk delivered strongly for the Black Bears keeping the score tied going into the bottom of the seventh. Second-year catcher Makayla Livingston came in for a pinch hit in which she reached base on a bunt; and a throwing error from the Kangaroo’s infield was enough for second-year catcher Amanda Nee to make it home from second base to give Maine a 5-4 walk off win to draw the two game set against the Kangaroos.

Maine hopes to have a strong showing in enemy territory next weekend. Because of typical northeast weather, Maine’s softball team has quite a bit of waiting time before they will get to play at home in Orono on Saturday, April 13, against the University of Hartford. Until then, the Black Bears will have to make the most out of their road games and steal some wins before they play in their own backyard. When this road trip ends during mid-April, the Black Bears will then play 11 of their final 14 games at home, giving them an advantage in a late season playoff push.