Home /News/Campus & Community News/Look back at it: Love, sex, and dating at UMaine in the 1950s 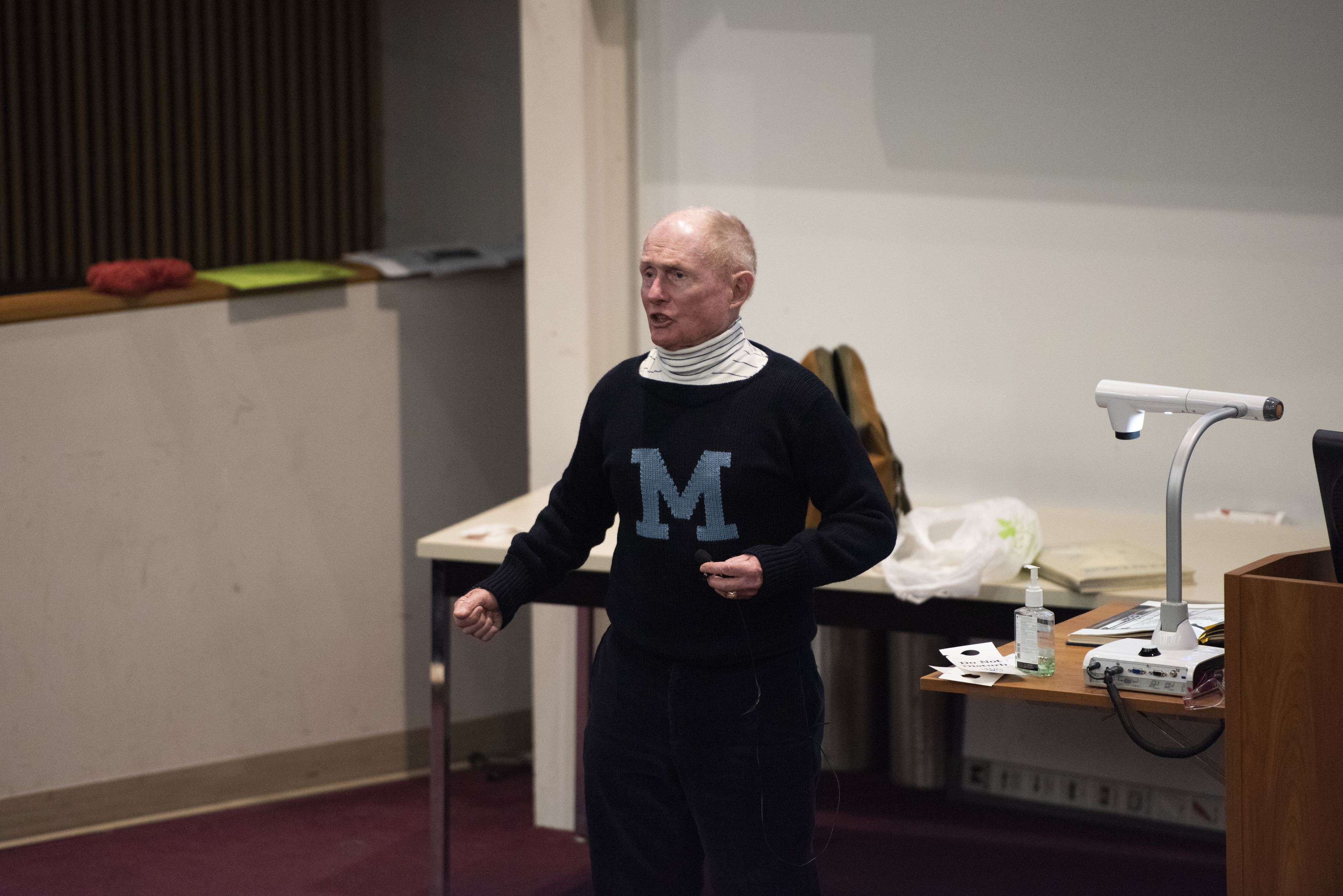 On March 14, Professor Sandra Caron’s human sexuality class hosted a guest speaker. Arthur “Ace” Conro, a University of Maine alumnus and president of the class of 1960 came to discuss, from first hand experience, what life was like at UMaine when he was a student.

He described a UMaine that was very different from the one we know today in the size, rules and social behaviors of the students. It was a world where skirts and collared shirts were required for class and smoking in the Bears Den was a common scene. All men were required to participate in ROTC, and there was only one female student in the College of Engineering.

Conro played football in his first year then switched to track, where he earned three letters. He did not drink or party and was not a member of a fraternity. Instead, he worked diligently towards keeping good grades and wrote for the Maine Campus.

After introductions, Conro got down to the subject of relationships. He explained that there were two deans at UMaine in the 1950s; one for men and one for women. The Dean of Women was unofficially referred to as Dean Edie, and she was described by Conro as devoted to keeping relations between genders to a minimum on campus.

“She would put up armed guards and barbed wire to keep genders apart if she could,” Conro said.

Dorms were on the opposite sides of campus and dining halls were separated by gender.

As women were not allowed to step foot in the men’s dorms and men had to “check-in” and be back for curfew, sex on campus, Conro explained, was limited to few options.

Along with sneaking around, several other aspects of relationships needed to be hidden as well.

Conro lamented those who had to hide who they really were while at UMaine during this time. Anyone who was gay, lesbian or transgender felt the pressure to hide how they really felt. Even sexual assault was unheard of on campus.

“That certainly doesn’t mean it didn’t happen, but it was certainly never discussed,” Conro explained.

The topic of birth control was also a delicate subject and rarely discussed in Conro’s time. The contraceptive pill was rare and the go-to options were to use condoms or other less-guaranteed methods.

When one student in the class asked about unplanned pregnancies, Conro explained that it put students in a difficult position. Women would typically drop out, have the baby and return the next year.

Abortions were not discussed either but they did happen during that time and they were usually done at home, Conro noted.

Conro left the audience with two pieces of advice. He said to try hard to keep in touch with your friends despite the reality that everyone will scatter, get married and start new lives. His last piece of advice was, “Don’t get old, because I hate being old.”