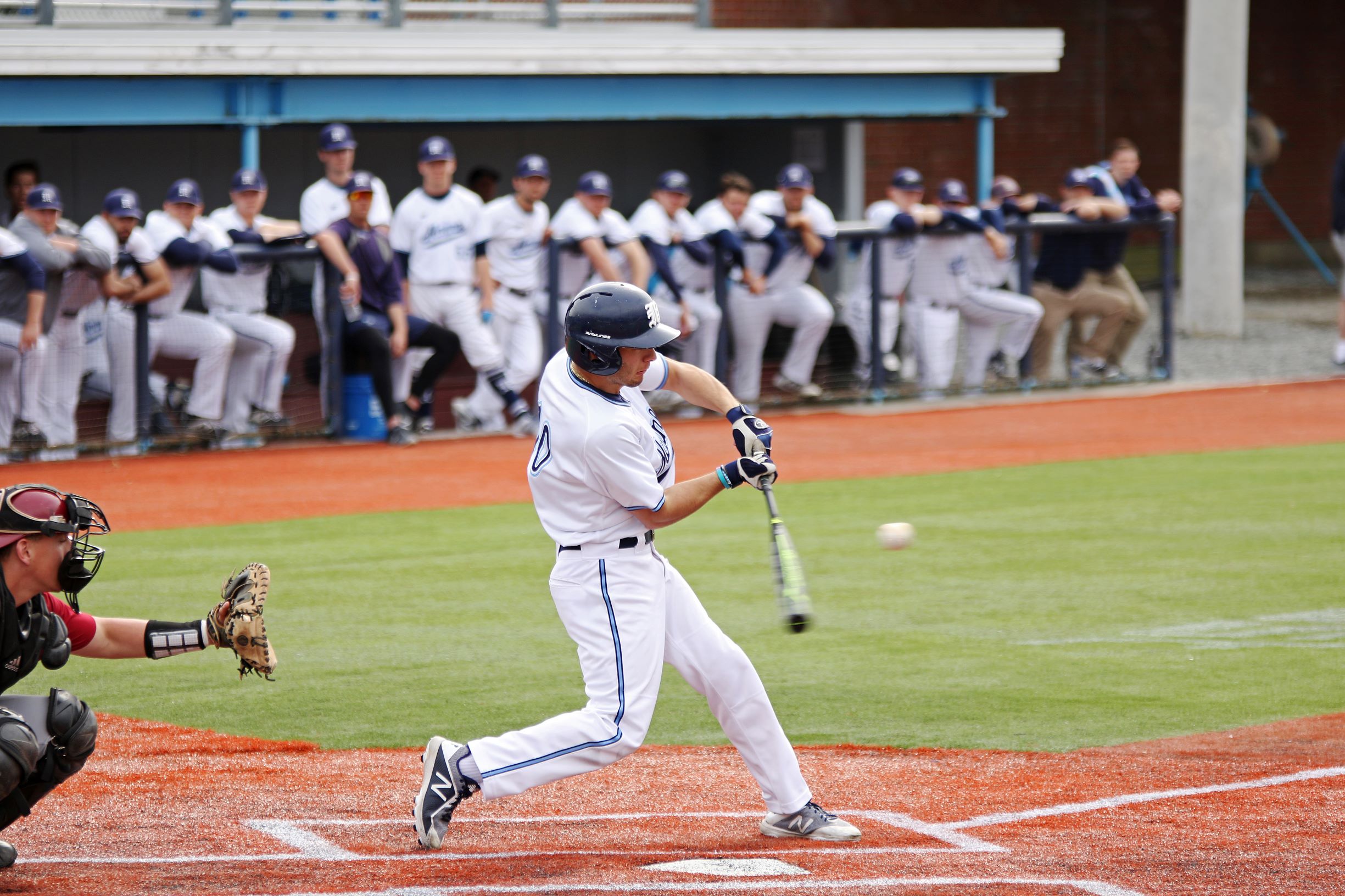 The first contest played on Friday night was shortened to seven innings due to inclement weather. It was a pitching duel all the way between fourth-year marksman Nick Silva for Maine and fourth-year captain Justin Lasko for the Minutemen. Silva’s pitching kept Maine ahead throughout the contest, pitching a no-hitter that lifted them over the Minutemen to take the victory in the first game of the series. In Silva’s no-hit effort, he did surrender one earned run in the fifth inning when the Minutemen’s first-year designated hitter Kane Medina hit a fielder choice ball that allowed the Minutemen to bring in the first run of the game and give them a 1-0 advantage.

Going into the seventh and final inning, Silva was in danger of being charged with a loss despite not allowing a single hit in the contest. The Black Bears’ bats came to life in the final inning with their backs against the wall loading up the bases for first-year catcher Ryan Turenne, who was pinch-hitting for first-year outfielder Jake Roper. Turenne delivered and knocked a walk-off grand slam to deep right to lift the Black Bears over the Minutemen 4-1. Silva earned the W for pitching his no-hitter and being a standout for the Black Bears, giving them the opportunity to win late into the contest.

The teams faced off again in another seven-inning affair in which the Minutemen were able to manufacture runs and continuously widen their lead, holding a 4-0 lead going into the bottom of the fifth. The Black Bears were able to fight their way back into it when third-year first baseman Hernen Sardinas knocked in a three-run home run to cut the lead to 4-3. Two batters later, with third-year catcher Cody Pasic sitting on second base, second-year infielder Joe Bramanti hit a home run of his own, bringing in two more runs and giving the Black Bears a 5-4 lead at the end of the fifth. Massachusetts answered quickly, adding three more runs to their total and giving them a 7-5 lead that they wouldn’t relinquish.

Saturday night’s game, which would end up being the deciding game of the series, was an impressive fight by both teams but UMass was ultimately able to steal another road win in Orono.

Third-year right-handed pitcher Cody Lawyerson got the start for Maine and dominated the whole way, pitching six innings while allowing zero runs, and only two hits while striking out four batters. Heading into the seventh inning, Maine held a 2-0 lead, but once Lawyerson hit his pitch count and stepped off the mound, the Minutemen’s bats heated up. The UMass lineup put up three runs in the seventh, taking a 3-2 lead. Sardinas answered right back in the bottom of the seventh, blasting a two-run home run out of center field to give the Black Bears a 4-3 lead. UMass answered once again and tacked on three more runs between the eighth and ninth innings. Fourth-year infielder Danny Casals hit a solo home run in the bottom of the ninth to cut the lead to 6-5, but the Black Bears’ efforts would fall short and allowing them to lose the third game of the series.

Maine will have to shake off two disappointing losses and turn their focus to the first road trip since the end of March, as they will take on the University of Albany next weekend, April 27-28, in a two-game series.