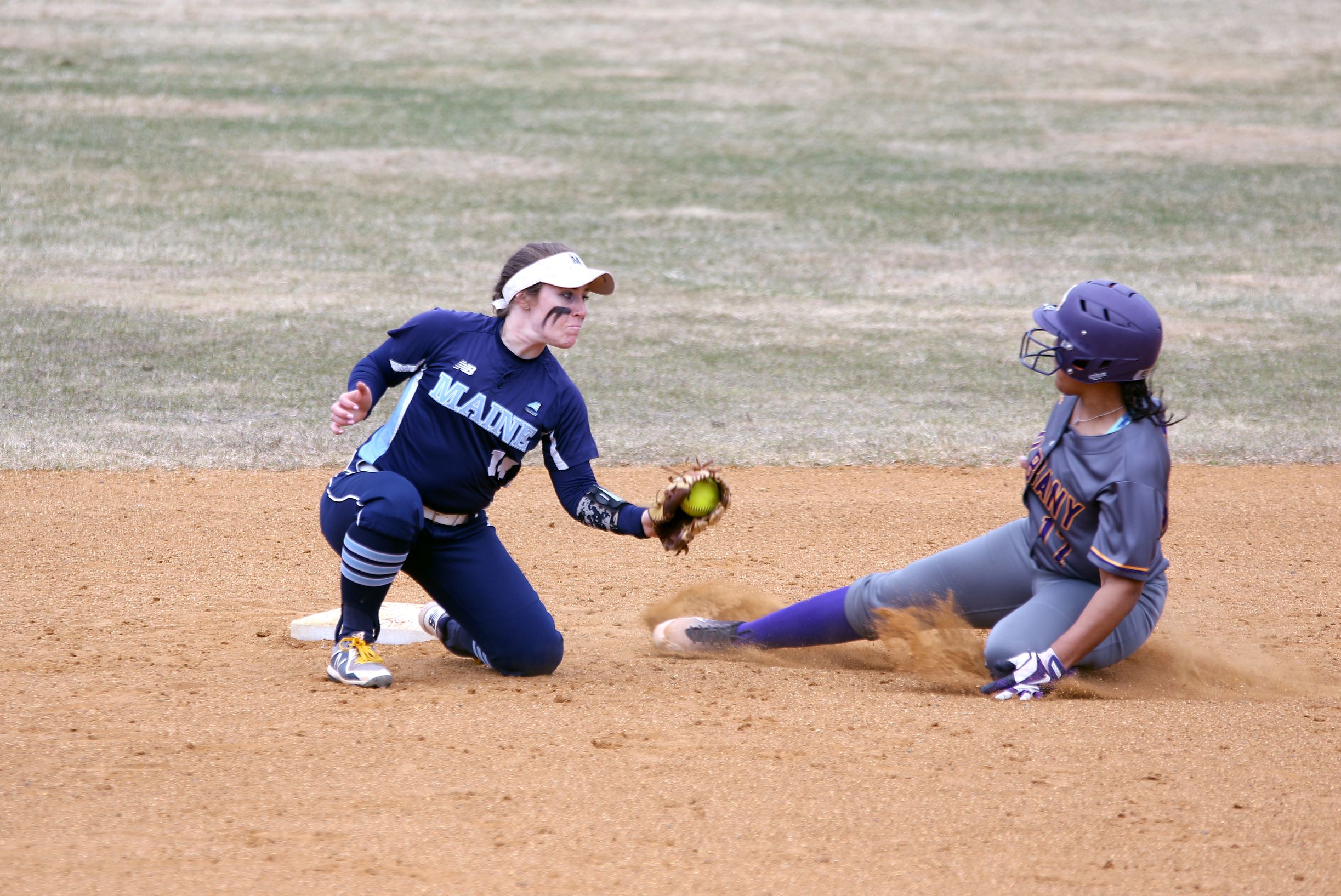 Holy Cross started off Thursday’s game with a triple, scoring on a double soon after. The Crusaders scored their first three runs in the top of the first inning.

Fourth-year infielder Maddie Decker brought the score up to a tie with three runs during the bottom of the fourth inning, after sending a home run over the right field fence. Decker sent second-year utility player Hailey Perry and first-year outfielder Emma Larke in for scores on her home run.

Holy Cross held the lead by three runs at the bottom of the fifth inning after scoring on a home run to right field. Maine won back the lead at the bottom of the sixth, after scoring four runs. Holy Cross attempted a comeback in the top of the seventh inning but were unable to defeat the Black Bears, leading Maine to their 10th victory of the season.

Holy Cross also started off the second game Thursday and led the Black Bears 2-0 after the fourth inning. The Crusaders took a 3-0 lead when they scored their third run of the afternoon.

However, the Black Bears fought for the lead when first-year utility player Keely Clark scored a two-run home run during the second half of the sixth inning. Although Clark’s home run brought the score up to 3-2, the Black Bears were unable to gain any more offensive ground against Holy Cross for the rest of the game, ending the contest at the same score.

The Black Bears returned to the field in a two-game series against Albany on Friday afternoon. The Great Danes took an early lead with a run bringing the score to 1-0 at the top of the first inning.

On the second game of the day Albany got a quick start, allowing the Great Danes to get up 1-0 after the bottom of the first inning. However, the Black Bears weren’t done scoring home runs for the day. First-year utility player Kya Enos hit her first career homer, which was followed up by an RBI single up the middle by Clark. By the bottom of the third, the Black Bears were down 3-2 to the Great Danes.

Maine was able to take a 4-3 lead in the fifth inning, after fourth-year third base player Alyssa Derrick, drove home first-year utility player Grace McGouldrick from second base.

Albany took the lead after making a run off of an error in the Black Bears infield, but the score was tied during the ninth inning at 7-7. The game went into extra innings, and the Great Danes eventually took the upper hand with four runs at the top of the twelfth inning, ending the game with a final score of 11-7 in favor of Albany.

The Black Bears were meant to return to the field on Saturday, April 20, but the game was canceled due to inclement conditions.

Saturday’s game would have seen the Black Bears face off against Albany once more, as well as honor past championship teams during what would have been the first annual legends weekend. Legends weekend was meant to honor the 1984 and 1987 ECAC Championship teams, who had 25-14 and 29-10 season records, respectively.  Although the Black Bears were unable to play on April 20, their next game will be on Saturday, April 27 in Vestal, New York where they will be competing against Binghamton University.