A crunchtime battle that includes quarterback Drew Brees never fails to entertain. The Saints came out a little flat to start their game against the Houston Texans, but when they made their adjustments at the half they came out hot and were the better team for the final 30 minutes of the game. With just over 30 seconds on the clock with only one timeout, Brees was able to drive his offense down the field, setting up a 58-yard field goal for kicker Will Lutz, getting the walk-off victory over Houston.

The Cowboys, following an offseason of hype and questions, silenced their critics out on the field in week one. Running back Ezekiel Elliott is finally back on the field, following a monstrous contract extension and a poor showing in his regular-season debut. The counterpart to the Cowboys’ backfield, quarterback Dak Prescott, became only the second quarterback in Cowboys franchise history to have a perfect 158.3 quarterback rating in a single game. Prescott, in the final year of his contract, is really showing owner Jerry Jones why he believes he deserves to be the highest-paid quarterback in the league. Considering their strength of schedule, or lack thereof, this team could march to one of the top spots in the conference if they can take advantage of their road to the playoffs.

Despite an underwhelming performance from quarterback Jared Goff, the Rams were able to put up 30 points and take the week one win over Carolina. Running back Todd Gurley looked very good, despite fears that he may not be the same player due to the diagnosis of arthritis in his knee at the end of last season. With wide receiver Cooper Kupp returning to the lineup, this offense looks to get back on track after falling flat on their face in the 2019 Super Bowl.

It took some time and an early deficit to the Washington Redskins, for Eagles’ quarterback Carson Wentz to get hot and took over the game. Wide receiver Desean Jackson showed flashes of his younger self with the Eagles, dropping a vintage stat line of eight catches for 154 yards and two scores. With Jackson stretching the field, tight end Zach Ertz cutting through the middle, and Philadelphia’s strong offensive line, Wentz should return to his All-Pro caliber seen last in 2017. Watching the Eagles compete with Dallas for the NFC East title will be one of the more exciting matchups to watch down the stretch.

The Bears’ offense simply did not have any answers to what Green Bay showed on defense in the NFL’s 100 year anniversary season opener. The league’s top ranked defense from last season still looks strong as ever, sacking Rodgers five times and holding the Packers to just 10 points. Though they were able to consistently shut down the Packers’ offense, quarterback Mitch Trubisky couldn’t lead his team down the field to score. Even with the presence of All-Pro linebacker Khalil Mack, the Bears were not able to force any turnovers which could have given the offense the boost it needed. One thing can be said though; when you hold Aaron Rodgers and the Packers to 10 points, you have no excuse to lose.

The Vikings looked rock-solid in their opening win against the Falcons. Quarterback Kirk Cousins only threw 10 passes the whole game, completing eight of them for 98 yards and a touchdown. Running back Dalvin Cook dominated the game with 21 carries for 111 yards and two touchdowns. With Cook running over opponents on the ground, and head coach Mike Zimmer’s defense finally hitting on all cylinders, Cousins’ ability to manage the game will be all the difference in Minnesota’s offense. Let’s see if Cousins can finally deliver a win against an opponent with a record greater than .500.

The Packers defense looked strong against Chicago. They were flat out too much for Trubisky and his crew to handle. Newly acquired safety Adrian Amos, a former Bear himself, was able to make the game-sealing interception against his former team. Head coach Matt Lafleur was able to win his head coaching debut and will look to build on this as they take on another divisional rival, the Minnesota Vikings.

Not exactly the most convincing win against a not-so-talented Bengals team out of Pete Carroll’s unit. Third-year wide receiver John Ross finally popped for Cincinnati, completely toasting the formerly vaunted Seahawks defense for 158 yards on seven catches, scoring two touchdowns. But as Seahawks quarterback Russell Wilson knows, Carroll doesn’t ask how, he asks how many. A win is a win, and first-round pick wide receiver DK Metcalf was able to make some impressive catches in his first NFL game and should continue to grow as he builds rapport with Wilson.

It’s unusual for a team to be improved on the power rankings following a loss, but they were able to fight to the end against the defending NFC Champions. Given the climate of the NFC South, with the Saints rolling and the Falcons depth chart looking pristine, Carolina has to find its groove before Atlanta does if they have any hope of securing a wild card spot. Following an ugly loss to an improved Buccaneers team, the hope of focusing this entire offense around running back Christian McCaffrey instead of often maligned quarterback Cam Newton, whose throwing motion still looks erratic, comes down to the decision of long time head coach Ron Rivera.

Not to speak on behalf of the fan base, but being an Atlanta Falcons fan must be one of the most infuriating things one can be. Not to say the Falcons are bad, and to be fair, they did face a lot of injuries last year, but it’s hard to imagine why they aren’t doing better than they are. The week-one shellacking loss to the Vikings was an ugly one on both sides of the ball. If they can’t pull together as a locker room, New Orleans may sprint away with the division very early.

The week one win over the Buccaneers wasn’t exactly the assessment the 49ers were hoping to get for quarterback Jimmy Garoppolo but he was as good as he needed to be to get the victory. The defense looked very good, intercepting quarterback Jameis Winston three times and holding the Buccaneers to just 17.

The Redskins had a great opportunity for a statement win against the superior Philadelphia Eagles when they went into the locker room with a 20-7 lead, but they were not able to hold on and deliver the improbable win once Wentz began to heat up. One plus side for this franchise is the capable showing by starting quarterback Case Keenum, completing 68% of his passes for 380 yards and three touchdowns against a strong Eagles’ defensive front. With first round pick Dwayne Haskins on the sideline absorbing all the knowledge he can, this franchise looks to the future more than this years’ super bowl.

The Lions were making first overall pick Kyler Murray look foolish in his NFL debut until late in the fourth quarter. Detroit’s’ defense crumbled in Murray’s wake in the fourth quarter, with him delivering strike after strike to carve through the Lions. The Lions let Arizona march down the field, score, and convert the two point attempt to force overtime. After exchanging field goals in the extended period, both teams headed off the field wondering what they could’ve done differently to win that game. Additionally, that late game collapse has Lions’ head coach Matt Patricia heading home to figure out how to keep his team focused for all 60 minutes of play.

Future hall of fame wide receiver Larry Fitzgerald continues to refuse to show signs of aging. The 36-year-old wideout caught eight passes for 113 yards and a touchdown, playing an integral role in the Cardinals comeback against Detroit. Though they weren’t able to get the win, the tie and Murray’s flashes of talent should give the Cardinals confidence moving forward, as they let him sling the ball over 50 times in his NFL debut.

Quarterback Jameis Winston continues to be the turnover machine he’s been his whole career. It seems like when he is facing trouble he just likes to chuck the ball up and hope for the best. Not the formula that’s going to win you a lot of games in the NFL. Athletic wide receiver Mike Evans was never able to get going in this matchup and when he falls, Winston and the Buccaneers offense fall with him.

In the Giants’ first two plays on offense, running back Saquon Barkley had a catch for eight yards and followed it with a 59-yard run that set up the Giants offense for a touchdown, giving them an early 7-0 lead over Dallas. Following that drive, Barkely hardly saw the ball. As a result, the Giants’ offense hardly stayed on the field. Elderly quarterback Eli Manning did not look good, feeling the pressure and being hurried on many of his throws. This looks to be the first of many ugly games for New York this season, as fans grow closer and closer to chanting for backup quarterback Daniel Jones to take over the starting role. 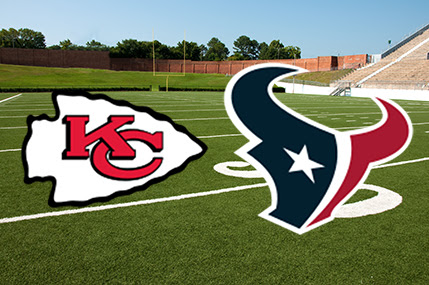 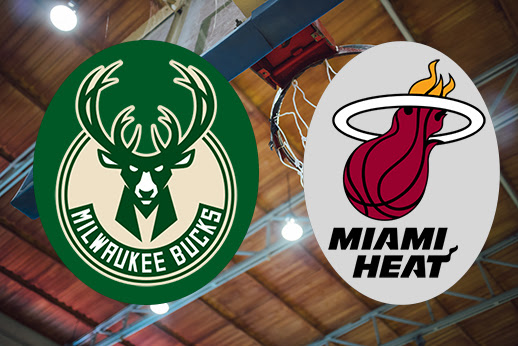