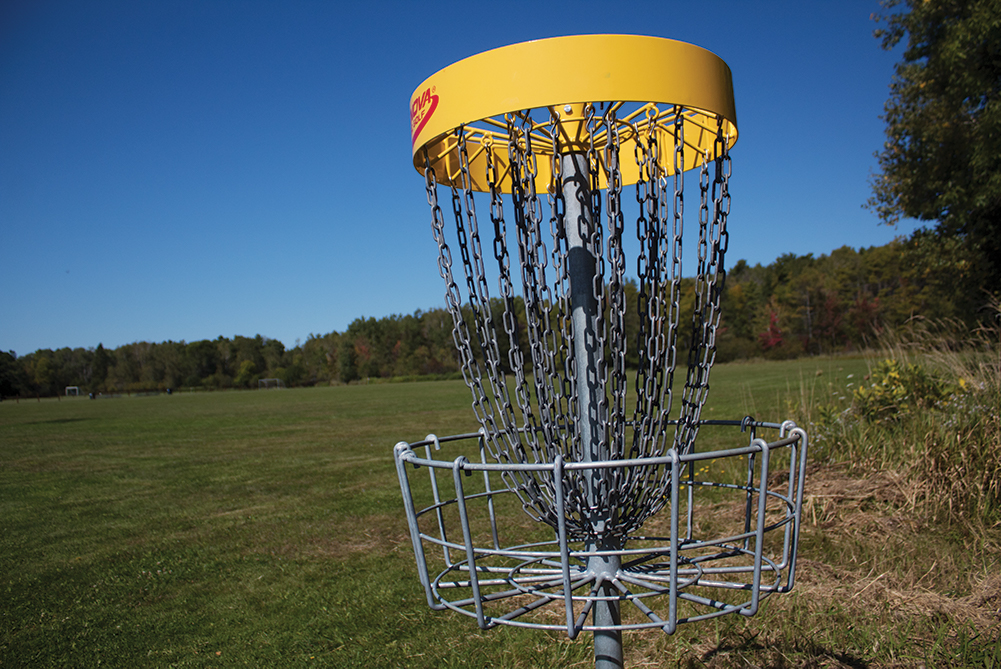 Disc golf, a hybrid of frisbee and golf, is becoming one of the fastest expanding activities in the U.S. More and more people every day decide to pick up the discs and hit a course, and they’re popping up throughout the country. As more courses are opening up yearly, and more players begin to pick up the sport, leagues and tournaments seem to be on the horizon. The sport tends to draw participants into the great outdoors, but some choose to not bear the weather in the wintertime, either out of fear of freezing or losing their discs in the snow. It is played with the same scoring and rules of regular golf but is often praised for its more relaxed etiquette and attire.

Players start by using a driver disc, which is a thin and aerodynamic disc that is designed to cut through the air with ease, but lacks the refined accuracy needed closer to the basket. To approach the basket following a drive, players use a mid-range disc, which has a thinner edge than the driver and is slightly more accurate. If unable to score with a mid-range disc, the next step down is the putter disc, with the thinnest lip but the most accurate release. Experienced disc golfers often have over 10 discs that they use for different scenarios, but when first starting the basic three discs are plenty.

The University of Maine has decided to accompany the Disc Golf Club by adding a full 18 hole course starting and ending on campus, all located behind the New Balance Recreational Center. The first hole starts directly behind the center, conveniently structured in a loop starting and ending in the same spot. There is a clear fairway for all the holes and the course is both accessible and easy to follow. The holes range from 150 to 550 feet. The front nine are in the woods, so these holes call for accuracy as the main goal is to just keep the discs in the fairway. These holes are currently maintained the best and the ninth hole ends on a paved path back to campus, so if someone may prefer to play nine holes instead of the full 18, they can head back onto campus with ease. Holes 10-13 are in the fields, and these are the longest holes on the course. Holes 14 and 15 are often considered to be the hardest holes, and inexperienced disc golfers may want to skip these holes to avoid losing discs. The course then ends with three holes tailored to all levels of disc golf, with two field holes and a simple woods hole to round out the loop.

As of right now the course is still new and is in need of some minor maintenance. Last week, the University of Maine Student Government, sent some disc golfers out to play the course and take notes on how it could be improved. The Recreation Center and the facilities department of campus are now using those notes to update the course, making it easier to play without hitting as many hazards and losing your discs. The goal is to continuously update the course, giving students another outlet in the great outdoors on our beautiful campus.