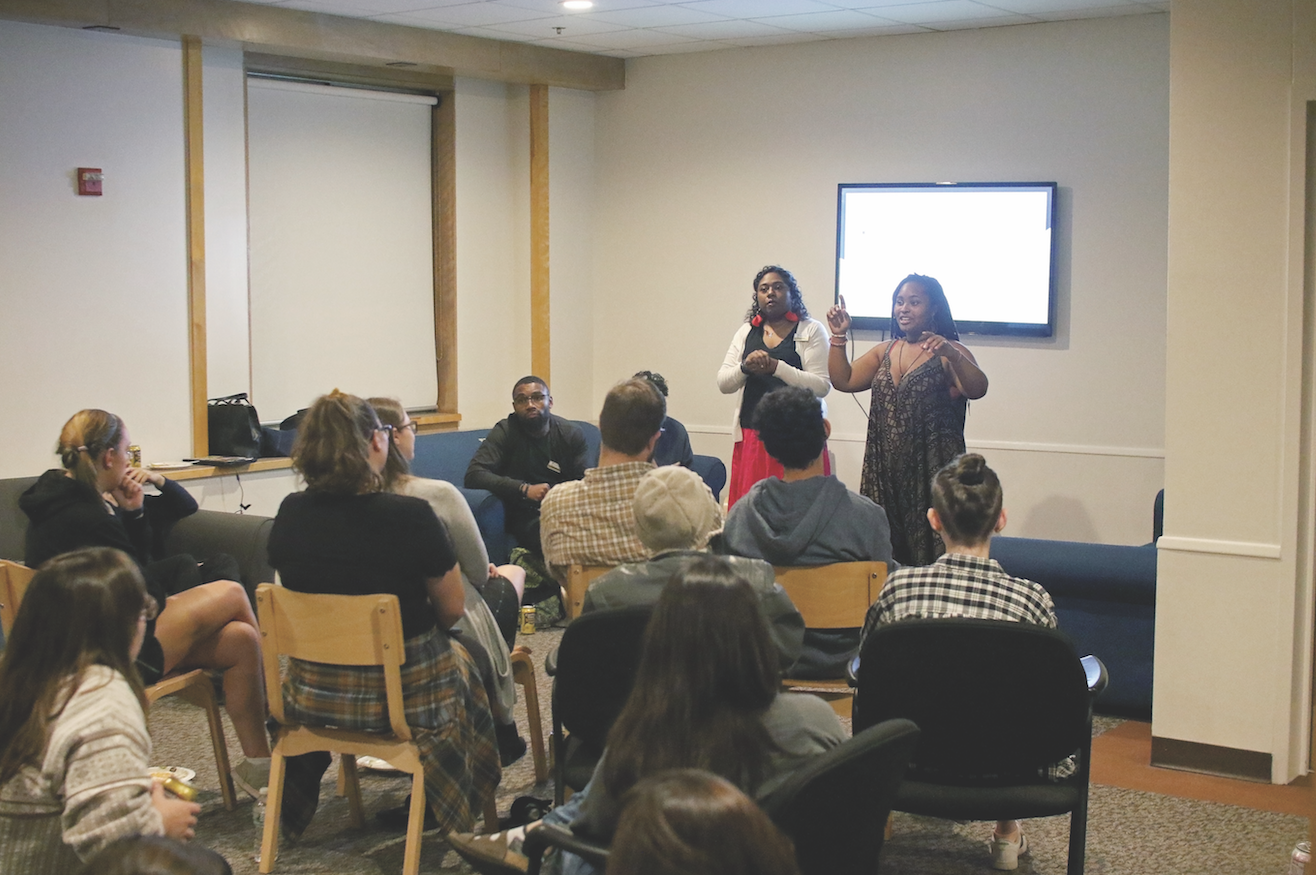 For the second consecutive semester, the University of Maine will be hosting a series of campus-wide Diversity and Inclusivity training workshops. The first in this series was held on Wednesday at 7:45 p.m. in Hancock Hall and was attended by representatives of the University’s Multicultural Student Center, Community Coordinators and interested students from across campus. Its goal, through collaboration between various students and faculty, was to educate attendees on issues commonly faced in college environments and promote an inclusive learning environment.

The Diversity and Inclusivity workshops are intended to focus on three separate topics and will be held at irregular intervals from September to November. Wednesday’s event was the first of the Multicultural Center’s Heads Up training. The upcoming Queer Peer and Bystander intervention training, which are both set for Sept. 25, will be organized by the Rainbow Resource Center and Office of Student Welfare, respectively.

Wednesday’s Heads Up training focused largely on the concepts of unconscious bias, diversity and gender identity. A playing of the game Heads Up, which is similar to charades, was used as a way for participants to reflect on their unconscious biases while still immersed in a friendly and cheerful atmosphere. The event’s organizers stressed the necessity of educational humility among those participating but added that it is nevertheless important to have fun and enjoy oneself.

Last year, only the Hart, Hancock and Oak Halls were used for training workshops. But through significant collaboration, organizers from student life groups, with the help of the resident assistants therein, will this year be able to host the three workshops in six separate residence halls. Students living on-campus are encouraged to attend each of the three Diversity and Inclusivity workshops, whether or not they had participated in them previously.

“The event isn’t the same as our regular monthly Diversity and Inclusion trainings. This is an event organized by some of the staff in Residence Life specifically for the students in the residence halls,” Robert Jackson, a staff associate for diversity and inclusion, explained.

“We asked for feedback from those in attendance last year and some of the feedback was that they would have liked to have had the workshops earlier in the year,” Trein said. “So, we decided that kick-starting this fall semester with getting this going was the best way to get these important topics out there and discussed in a safe and welcoming environment.”

“By coordinating these in the residence halls, we hope that it will attract higher attendance based on the fact that these offices are bringing the training to the students in the halls rather than asking the students to go to them,” Bennett said. “Wednesday night was the first one of the semester and it attracted around 30-40 people throughout the night and for a mostly upper-class student area, that is something we are happy with.”

The Multicultural Student Center is located in room 312 of the Memorial Union and is devoted to the promotion of inclusive learning environments across campus. To this effect, the center sponsors a variety of events and programs that allow students to interact with other cultures, groups and identities. The Center is likewise instrumental in organizing activities during Black History Month, Hispanic American Heritage Month, and Native American Heritage Month. They also host the popular multicultural Thanksgiving potluck.

“We hope that students show up to learn and grow so they can do community inclusivity together,” Anila Karnunaker, UMaine’s director of diversity and inclusion, told the Maine Campus. “This work is important because it includes all of us, and we matter.”