Maine Campus is now archived from 1885 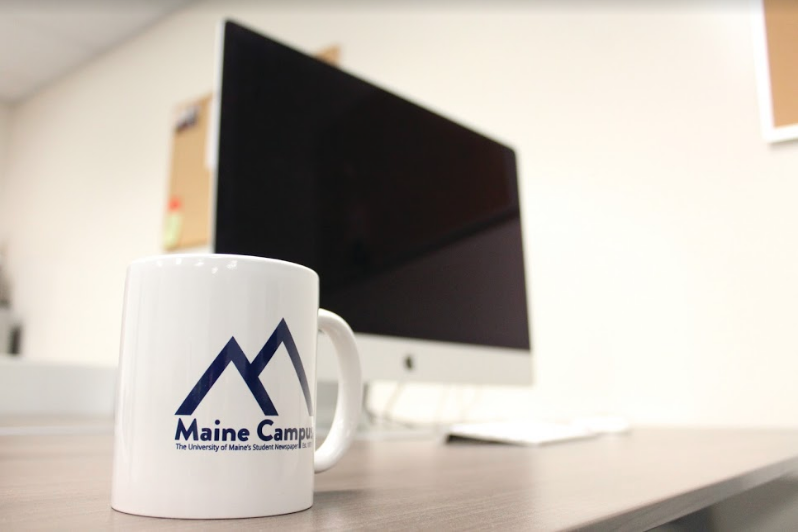 The Maine Campus, located in room 131 of the Memorial Union, is now officially archived! Photo by Antyna Gould

Those interested in the Maine Campus will now be able to access more than 5,000 published articles, due to the thorough work of the Special Collections Department within the Raymond H. Fogler Library,  The undergraduate-run newspaper has been publishing since 1885, and the archive contains almost every issue in its 130-year history. The newly-archived newspapers will appear online through the repository Digital Commons at UMaine and will be accessible and downloadable in PDF format by anyone with the requisite internet access.  Viewers will also be able to search the Maine Campus’ database for headlines, authors, topics or keywords, thereby greatly enhancing the research value of such documentation.

The Maine Campus was founded in 1875, exactly a decade after the University of Maine’s own inception, and remains today one of the oldest continually operated newspapers in the state of Maine. For the first 24 years of its existence, the paper was known as “The Cadet,” a title which was changed to “The Campus” in 1899 and “the Maine Campus” in 1904. As an entirely student-operated newspaper, the Maine Campus is published only during the spring and fall semesters of each academic year, with an average of between 11 and 12 issues each semester, or 22-24 issues total. The Maine Campus has, in contemporary years, been divided into four sections (news, opinion, culture and sports) and two broadsheets – one for sports, and another for the remaining columns. Most of the paper’s stories remain focused on UMaine events in the Orono and greater Bangor areas. However, state, national and worldwide topics of various kinds are addressed in certain publications.

Fogler Library’s digitization of the Maine Campus began in January of 2018, and was supported by generous contributions from the Paul R. and Polly N. Camp quasi-endowment fund for the Fogler Library. The paper’s nearly entire digitization is intended to benefit more than simply those with a casual interest in history; students, professors, administrators and members of the greater Orono community will now have free reign in accessing the Digital Commons’ considerable database. This development broadens the availability of the Maine Campus as a research resource. Students and educators in the humanities are expected to benefit more immediately from the Campus’ archival. As its contents are not exclusive to humanistic subjects, many from varying academic backgrounds will be able to find worth in its newly archived issues.

“The Maine Campus is a valuable resource for the university and the state,” Richard Hollinger, head of Special Collections at Fogler Library, said regarding the paper’s recent digitization. Hollinger further expressed his opinion that such digitizing has, “in so little time, already had an impact on people conducting research, University of Maine alumni and the public at large”.

Besides its archive of Maine Campus issues and ‘rare’ book library, which is dedicated to books dating from before 1830, Fogler Library’s Special Collections contains a host of documents related to the state of Maine and its history. Students or community members who are interested will be able to find folklife archives, postcards, photographs, maps, university grant reports and items relevant to Maine’s impending bicentennial.

For more information on the Maine Campus archive, readers can visit digitalcommons.library.umaine.edu/mainecampus. Special Collections at Fogler Library can be contacted by calling 207.581.1686, or by emailing um.library.spc @ maine.edu.