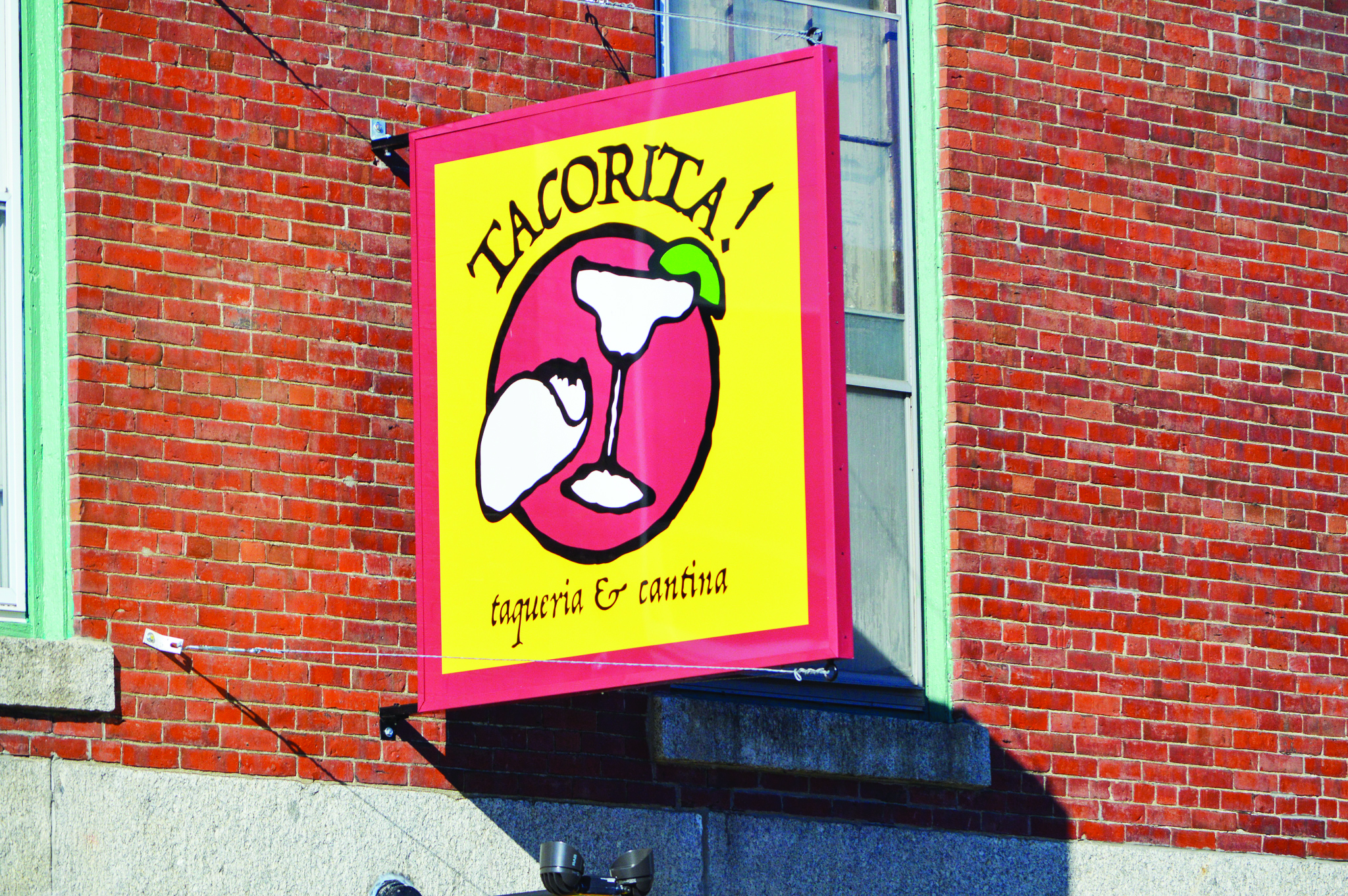 Tacorita, the newest restaurant in downtown Orono, has taken the place of the Verve of Mill Street. Photo by Haylee Scovil.

“Verve had been here and I could feel a void in Orono with the Verve shutting. I didn’t necessarily want to go just into the burrito business but something that was in the similar QSR, or quick-service restaurant with many more choices. It is sort of the same style [as Verve]. You pick your protein, pick your condiments, but there are a variety of entrees as well,” Richardson said.

The over-the-counter, street-food-inspired Mexican restaurant offers tacos, burritos and nachos. They also offer Mexican beer and margaritas, which Richards says “couldn’t be better if you were in Cozumel.” The orange painted walls and Spanish-inspired decor bring the feel of a traditional Mexican restaurant and creates a great environment for friends and families to gather.

The owners pride themselves on the quality of their ingredients and the value of their meals. By using whole, fresh ingredients and fairly large portion sizes, Tacorita hopes to provide customers with a great tasting meal for a fair price. Similar to the Harvest Moon Deli, Tacorita does not offer meal deals as Richards and Manaker say their food is already at the fairest price.

“I think the value is amazing. You’re getting not only a fairly large portion of food for a reasonable price, you’ll also be impressed with the quality … I think we are walking the line really well of good value, great quality and a strong portion for the price that you’re paying,” Richardson said.

In addition to traditional protein options like shrimp, fish, chicken and steak, Tacorita also offers a vegan option in addition to other gluten-free and vegetarian options. Customers can also customize their condiment and salsa options; Tacorita touts 14 different salsas and hot sauces that can be added to any meal.

In addition to quality food at a reasonable price, Richardson and Manaker wanted to build on the quick service model. They wanted to cater to individuals with busier schedules who do not necessarily have time to sit down and eat at a restaurant. This model builds off the functionality of Harvest Moon Deli in order to create an environment that caters to everyone.

“The future of the business is more geared toward quick service. There is a place for sitting down … but I think people are eating out more and more and I think getting faster and busier all the time. I think … the younger generation especially, prefers this type of environment over a sit-down restaurant,” Richardson said.

During store hours, 10:30 a.m. to 9:00 p.m., customers can order online through their website, at a kiosk in the store or at the front counter. They also offer delivery services between 11 a.m. and 7 p.m. They are open seven days a week.