Wilson Center continues to promote inclusivity throughout its history 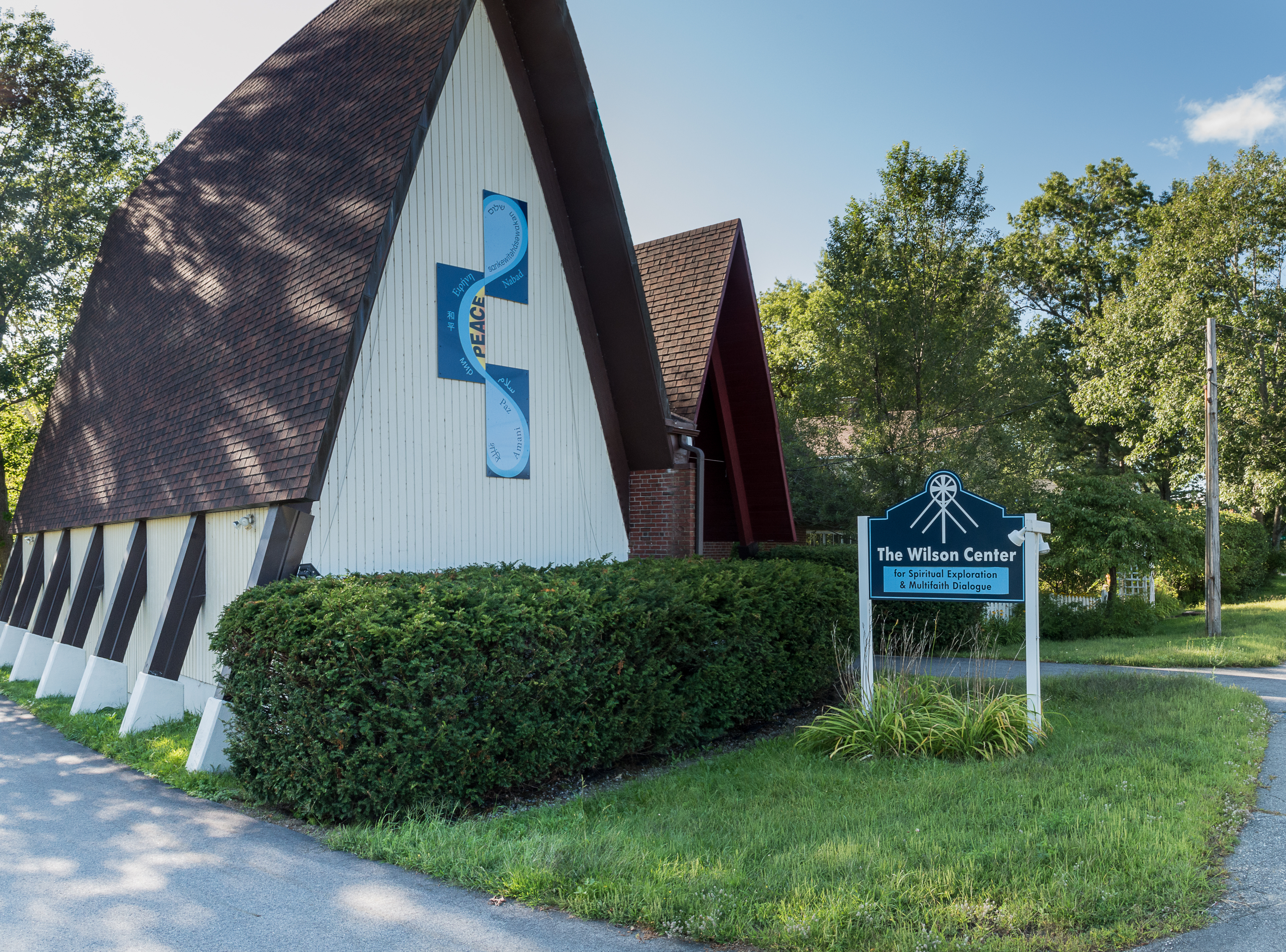 The Wilson Center on College Avenue. Photo by Owen Baertlein.

Students at the University of Maine may have occasionally wandered down College Avenue and found themselves staring at an unusually shaped, Alpine-style A-frame building, with a sign out front reading “Wilson Center.” Although it might not have a huge following on campus, this unique building at 67 College Ave., home to the Wilson Center for Spiritual Exploration and Multifaith Dialogue as well as the Maine Christian Association, has a very interesting past, and a present that is just as impressive.

When it began as the Maine Christian Association (MCA) over a century ago, the Wilson Center was home to a progressive group of Protestant students and faculty. Even in its first days, the Wilson Center opened its doors to those of different faiths: in a time when different Christian denominations held very strong opinions towards one another, Catholic, Jewish and even atheist students were welcome in the building’s large sitting area under the enormous peaked roof.

It wasn’t always down the road from the Alumni Hall, though. The original home of the MCA, an older more New England-style two-story, was moved from the current location of Oak Hall to its present residence in 1935, and the MCA, which had called the house home for 11 years by then, moved with it. Programs from around this time already displayed the interfaith community of the Wilson Center: Canterbury Club, a club for Episcopalian students; the Hillel Foundation, for the campus’ Jewish community; Roman Catholic Services, services for Roman Catholics. The list goes on, and makes it very clear that though the Wilson Center has only declared its official mission of providing a community for all faiths and cultures a few years ago, the idea has always been contained within its walls.

Dorothy Clarke Wilson, the woman who truly brought the MCA, soon to become the Wilson Center, into the limelight, wrote a book on the history of the organization titled “Live for a Hundred Years.” She writes about letters from past students who speak about how formational their years at the Wilson Center were, Friday night suppers with a regular attendance of 30-50 students, each meal costing only 25 cents, and a group for married couples, who had dinners and programs run by marital specialists. She even includes recipes for these dinners, and they sound good enough to make mouths water. All in all, Wilson makes the message quite clear: the Wilson Center was (and is) for everyone.

Though the meals may no longer carry the 25 cent price tag (they’re free now), the dinners at the Wilson Center are still around. Every Wednesday from 6-8 p.m., the Wilson Center provides a home-cooked vegetarian dinner, usually accompanied by games, music and a program. The topics of these programs cover an enormous range: from board game nights and mindful meditation to discussions on relationship violence and religion in movies.

The last Wednesday dinner each month, though, is special. This is the Come to the Table dinner, an in-depth discussion about shared realities across spiritual and cultural differences. But the programs at the Wilson Center aren’t just devoted to discussion. The Coffee House programs, for example, provide students, staff and faculty the opportunity to showcase their talents, passions or ideas with support from the community, as well as a hot cup of coffee. From folk music to readings, they have it all. Even better, all the profits from the Coffee House events go to the Shaw House for Homeless Youth in Bangor. The Meditation Circle, which meets every Monday while classes are in session from 3:45 p.m. – 4:45 p.m. at the Center, focuses on introducing students to the art of meditation. The group introduces newcomers to the technique, providing a training framework for those new to meditation, but also welcomes those who have an established practice but no community to meditate with.

Though the Center’s ideas and missions may stretch back over 100 years, they still stand strong today. Even now, over a century since the creation of the Maine Christian Association, Dorothy Clarke Wilson’s A-frame building continues to provide a safe and secure home for conversations between those of different religions, spiritualities and walks of life. Stop by for dinner at 6 p.m. on a Wednesday, and you’ll find that the home and community will always be just as welcoming as it was back when lunch cost just a quarter.