A Little controversy: Clarence Little in our history and on our campus

Home /Culture/Campus & Community/A Little controversy: Clarence Little in our history and on our campus 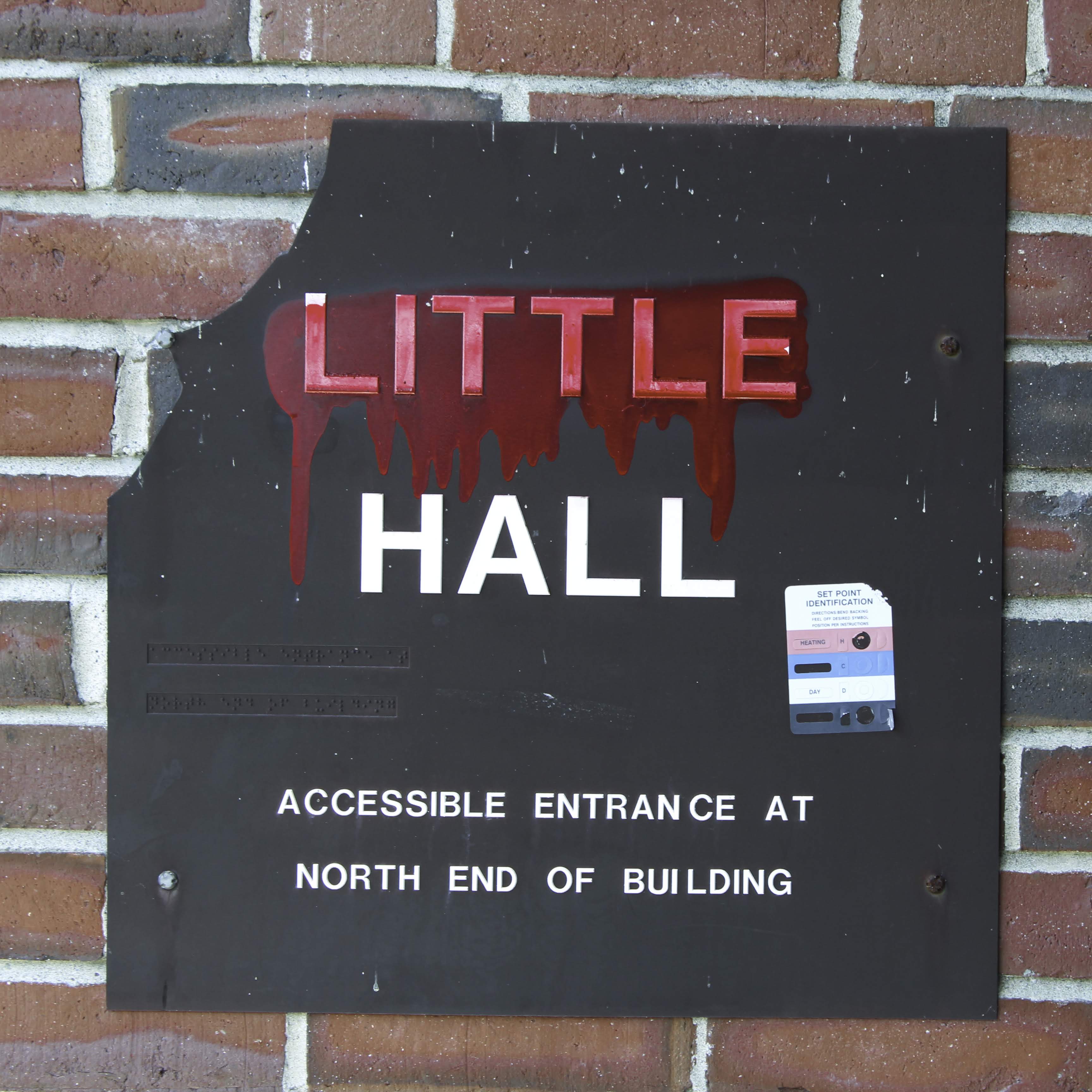 Controversy surrounds Little Hall due to its name coming from former UMaine president, Clarence Little, who was a known advocate for eugenics research. Photo by Anyna Gould.

Little Hall is a building many of us walk by every day. Just like Raymond H. Fogler Library, Dunn Hall, or Colvin Hall, it’s a place where students go to class or to study, a building with a name that we don’t put much thought into. Yet on Tuesday, Oct. 22, Women and Gender Studies Program Director Susan Gardner held a pop-up panel to discuss some questions that have been brought to the attention of the University of Maine community: who was Clarence Little, what did he stand for and what message are we sending by having his name on one of our buildings?

Eugenics are, essentially, the science of breeding with the goal of improving a population by increasing the frequency of traits considered desirable by the breeders, and reducing or eliminating other traits. In other words, eugenicists believe in improving the population by getting rid of traits that they have deemed inferior. It was a practice driven by racism, a practice that considered the Nordic race or the Aryan genetic pool to be perfect. So while Little had an impressive resume, with his Harvard education, his roles of president at Michigan and UMaine and his role in the creation of Jackson Laboratory, his involvement in eugenics leads to another storyline.

“There’s been a lot of conversation about this — not just Clarence Little, but the idea of having buildings, monuments, statues named after these controversial figures,” said Rob Glover, a political science professor at UMaine. “He’s a figure whom, to say the least, has a troubled history, and we should have a conversation about that.”

Aside from his involvement in eugenics, Little’s career has other significant dark spots. Towards the end of his scientific career, Little became the scientific director of the Scientific Advisory Board of the Tobacco Industry Research Committee, and, eventually, made claims that the tie between smoking and lung cancer is “obscure,” and that smoking is not, in fact, a significant cause of cancer.

Tuesday’s panel consisted of arguments from both sides of the discussion, with Hailey Cedor, a third-year history student advocating for a name change, and UMaine journalism Professor Paul Grosswiler playing the role of “provocateur,” as he described it.

“He contributed more harm than good during his life and he does not deserve to represent the University of Maine,” said Cedor at the panel. “His ideas of racial breeding do not represent an inclusive community.”

Cedor’s arguments coincided with what many of those who attended the panel expressed: someone who upheld racist ideals, treated human beings as test subjects, and was essentially bought out by the tobacco industry to take a pro-tobacco stance in the face of human health, should not be memorialized on the UMaine campus with a building flaunting his name.

Yet when Grosswiler stepped in for his opening statements of sorts, he presented a different argument, one for why UMaine might keep Little’s name on our campus. Grosswiler approached the topic from the perspective of “airbrushing” rather than acknowledging history.

“Once we start airbrushing, it becomes sort of hard to know what our history was,” said Grosswiler. “One of the ways to understand it is through education.”

As Glover mentioned, the issue of what to do with buildings or monuments named after controversial figures or representing controversial is not a new one, and not exclusive to UMaine and Little Hall. In 2011, Maine Gov. Paul LePage ordered the removal of a labor mural from the Department of Labor due to it’s representing a “bias against business owners.” Throughout the south, monuments have been removed that represent the Confederacy in the Civil War era. Oftentimes, the argument for removal seems obvious. At Michigan, Little’s name was removed in 2018 from a science building.

Yet in a 2011 article by the New York Times about LePage’s removal of the labor mural, Charles Scontras, a historian and research associate at UMaine, pointed out that “totalitarian regimes erase history as well. We manage to do it by indifference or neglect or for ideological reasons.”

The UMaine community is an inclusive one; it celebrates diversity and equality throughout campus, and what Clarence C. Little stood for is a stark contrast to what UMaine prides itself in today. A suggestion that Grosswiler made included the idea that if the building keeps its name, the university could add a plaque explaining what he stood for, cementing it into our historical memory and providing an opportunity for education.

The importance of understanding the full realities of history cannot be understated, and what the university decides to do with the name of the building is yet to be determined, as the conversation about Little Hall is just beginning. But regardless of whether the name stays or goes, the conversation is here, it’s happening, and the University of Maine community is learning and growing because of it.