Black Bears continue to climb, winning back to back games 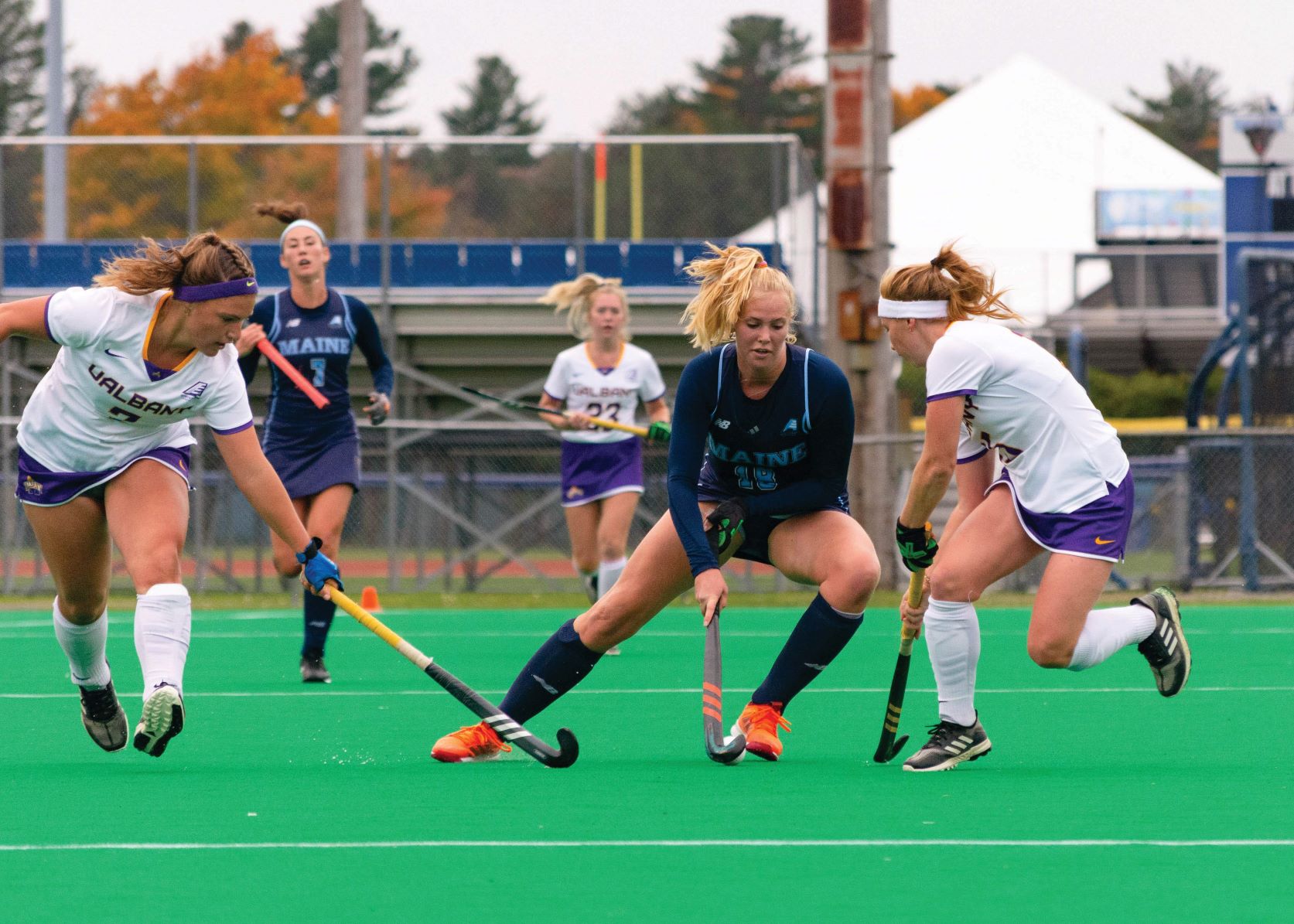 Over this past week, the University of Maine field hockey team has had two games. The first one was an away against Dartmouth College, while the second game was against the seeded University of Albany. After starting the season out slow, with a record of 1-7, Maine has picked up their rhythm, rattling off six wins and one loss over the past three weeks.

On Sunday, Oct. 20, the Black Bears traveled to Hanover, New Hampshire to compete against Dartmouth College. Maine, cruising into the contest on a two-win streak, came out of the gate looking to press hard against Dartmouth’s defense. After five aggressive minutes of play, second-year forward Chloe Walton scored first for Maine, which is her fifth straight contest with a score. Both teams exchanged offensive series to no avail, as each team’s defense played strongly throughout the contest.

Dartmouth struggled to move the ball down the field but played outstanding defense, and eventually their ability to get turnovers converted into points. Sixteen minutes into the game, fourth-year midfielder Katie Persin got Dartmouth onto the board, scoring a centered goal off of an assist from fellow fourth-year midfielder Maddie Donahue, bringing the score to a 1-1 tie. This tie would hold for the rest of the half as both teams exhibited excellent defense.

In the late third quarter, with one minute left, fourth-year forward Brianna Ricker gained the 2-1 lead for Maine on a corner insert play. This play was assisted by third-year midfielder Cassandra Mascarenhas. This goal was Rickers’ 25th point of the season, and she leads the team in goals. Both teams continued to play stellar defense until the final buzzer sounded, giving Maine the 2-1 victory.

In a Friday afternoon matchup on Oct. 25, the Black Bears hosted Albany at Mahoney Field. Albany, who were 10-6 heading into the contest, was also ranked 23rd in the nation.

Maine, 6-8 entering the contest, had built up their momentum and were looking to show the nation that they deserve to be a seeded team.

At the start of the game, both defenses came out strong but struggled to set up any good shots. Maine consistently had possession and seemed to be controlling the game, but couldn’t find the back of the net. After 35 minutes of scoreless play, Ricker did what she does best, score a goal for the Black Bears. Second-year midfielder Nina Keur fed Ricker the ball directly in front of the net, and after she faked out Albany’s fourth-year goaltender Melissa Nealon, easily buried the ball to give Maine the advantage.

Heading out into the second half, Maine continued to keep the offensive pressure on, pushing Albany’s defensive group on their heels the majority of the half. Seven minutes into the half, third-year forward Brooke Sulinski scored off an assist by fourth-year forward Brittany Smith. For the remainder of the game, both teams played aggressive defense and didn’t let up any more scores, and Maine secured their third shutout victory of the season.

The college admissions scandal is outrageous, but absolutely nothing new
Electronic music talent keeps the genre evolving in spellbinding ways