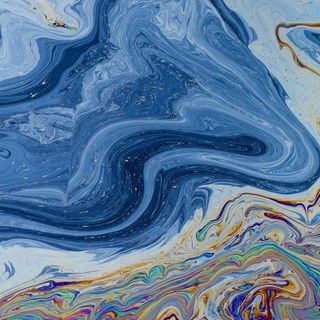 “Crush” is the third full-length album from Floating Points, the name under which Sam Shepherd performs. Floating Points has been a prominent electronic music artist for the past few years, garnering attention with projects like his 2011 EP “Shadows” or his 2015 album “Elaenia.” With projects like these as well as “Crush,” Shepherd has shown himself to be an artist who can craft thoughtful, intricate, glitchy, techno tracks that contain a considerable depth in emotion as well as dancefloor potential. “Crush” is a wonderful testament to the state of current electronic music and genres like techno and IDM (Intelligent Dance Music) in particular. Shepherd shows just how far artists have come with technology, and further how creatively producers can play with the traditional structures of electronic music.

The first track on the album “Falaise” shows Floating Points’ fondness for other genres, namely classical, and here he offers an intriguing take on classical strings, turning these sounds into mechanical pulses and whirrs. It is only a short step, genre-wise, to the next song “Last Bloom” which, for me, is one of the best songs of the album. “Last Bloom” is certainly one of the more conventionally enjoyable tracks on the album, following a more consistent rhythm that translates almost equally well to dancing as it does to studying. The song demonstrates Shepherd’s knack for producing really good sounding electronic music with every synth note and percussive flicker sounding quite pretty and organic. The racing hi-hat percussive ticking bounces around the waves of soft melodic notes and occasional piano-sounding leads and the progression of the song ties them together in the compelling ebb and flow of the song.

“LesAplx” focuses more specifically on dance floor or nightclub vibes than the rest of the album, pulsing with an earth-shaking subterranean bass from the beginning. You can practically feel the heat coming off this track with its entrancing and mysterious energy, helping one imagine a dark electronic music club pulsing with multi-colored lights.

But Floating Points eschews any claims of being one-dimensional, which can be seen when you compare “LesAplx” to the song that occurs a little later, “Environments.” This song seems to race, but not in a dance-friendly way. Instead, “Environments” sounds more like a rolling train of frantic noise and mechanical cracking and fractures, while wisps of synths bend around the prickling noise, showing how “Crush” is an album with several interesting directions and moods.

In that vein, the song that follows, “Birth,” is in some sense a song of just piano, albeit a Floating Points piano which entails occasional moments where the piano seems to reveal itself to have more robotic ticks, but all in a pretty natural and riveting manner. “Crush” is, overall, a fairly gripping project that shows Shepherd’s ability to craft a consistent and unique electronic album, which is no easy task. While some of the contemplative nature of the album can occasionally be a little lacking making it seem uneventful, the whole project sounds pristine and there are far more pros than cons about it. The album is a lush world, full of moods and energies that is worth entering.

Black Bears continue to climb, winning back to back games
“Looking for Alaska,” adapted from book to screen