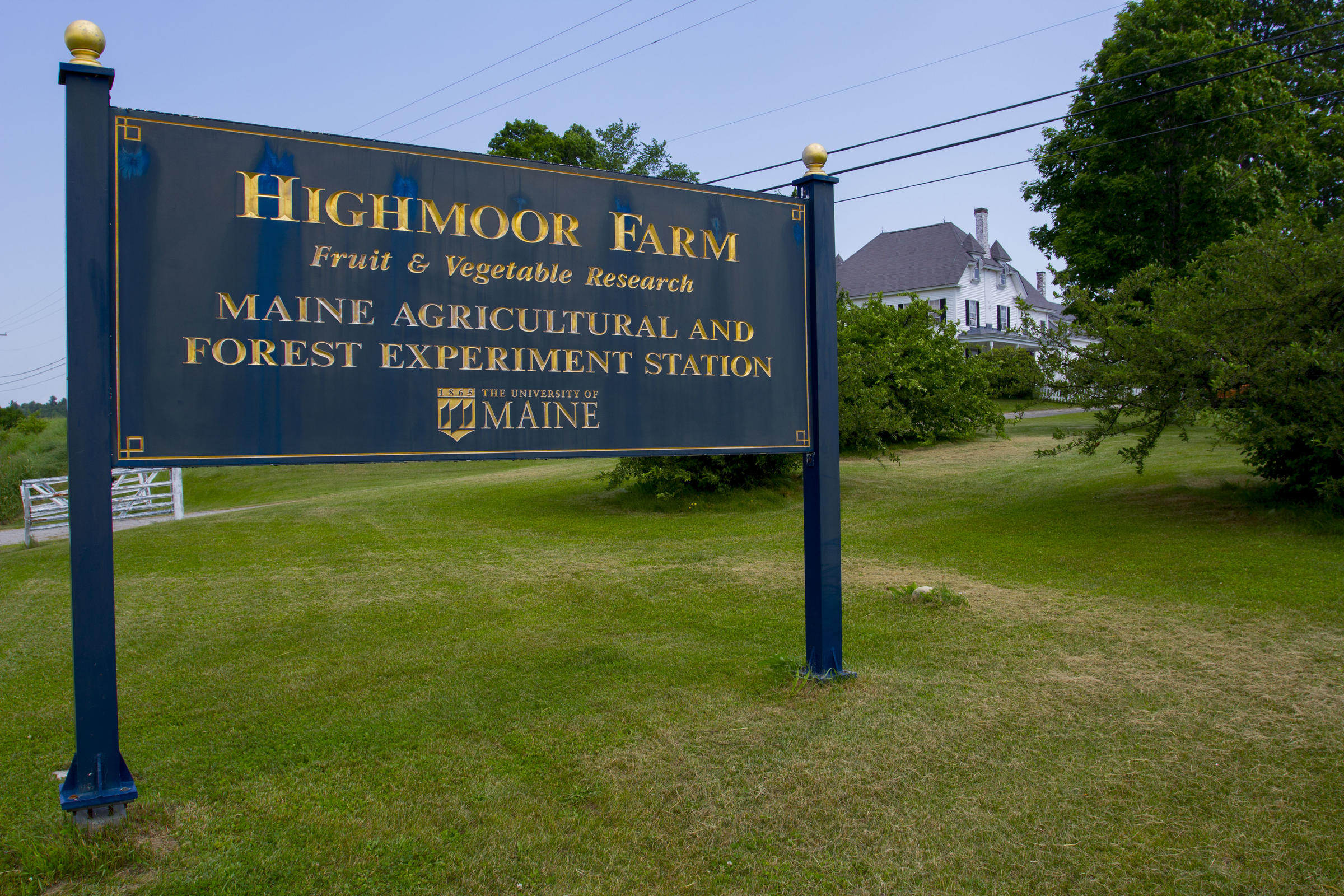 On Monday Oct. 21, Highmoor Farm brought pumpkins and several varieties of apples to sell to students and faculty at their annual Harvest Sale next to Al Cyrus Pavilion Theatre, by Raymond H. Fogler Library on the University of Maine campus.

Fall is a busy time in Maine. The leaves are changing and people are rushing to hike through the scenic trails before the leaves fall for the winter. Fall also brings Halloween and football tailgates; It is also the best time to pick apples and pumpkins from local pumpkin patches.

Yet students that are busy studying for midterms or preparing for homecoming weekend may not be able to go to the pumpkin patch or to go apple picking, so Highmoor Farm brought their products to students and staff on campus.

By the Cyrus Pavilion, researchers and even the superintendent of the farm sold pumpkins and apples that were grown at Highmoor Farm this fall.

Highmoor Farm is a 278-acre farm located in Monmouth, Maine. It is a UMaine Agriculture Experiment Station and is a part of the College of Natural Sciences, Forestry, and Agriculture, with 17 acres of orchards and five acres of tilled fields for vegetable and fruit research. The farm also has two barns, two laboratories and a greenhouse. Highmoor Farm is one of five research farms in the Maine Agricultural and Forest Experiment Station. It is also a center for the University of Maine Cooperative Extension outreach and research activities.

This is the 16th year that Highmoor Farm has come to UMaine for their Harvest Sale. The first sale began in 2003.

“Originally it was just apples and the sale took place out in the CCA lot,” Gregory Koller, the superintendent of Highmoor Farm said. “In 2005 I decided to move it to our current location so more students and staff could have easier access. In 2006, I added the pumpkins and some years squash depending on what we are growing on the farm.”

The farm opened in July of 1909 when it was purchased by the state and was to be used as an experimental farm for research on apples. Ownership was later transferred to the university and was then primarily an apple farm until they began experimenting with other produce items.

Over the years, studies have been done to evaluate new varieties of apples that are tolerant of the cold and can be cultivated to grow in the harsh Maine winters.

In addition to growing pumpkins and apples for sale, the farm also provides research-based information on the apple industry. They focus on evaluating new varieties of apples and rootstocks for Maine and do research on the quality of fruit post-harvest.

They have also developed new sweet corn, cucumbers, cantaloupe and a new apple variety. It is home to the Maine Compost School and integrates pest management programs.

If you didn’t get the chance to visit the Harvest Sale this year, Highmoor farm will be back to sell their products next year.