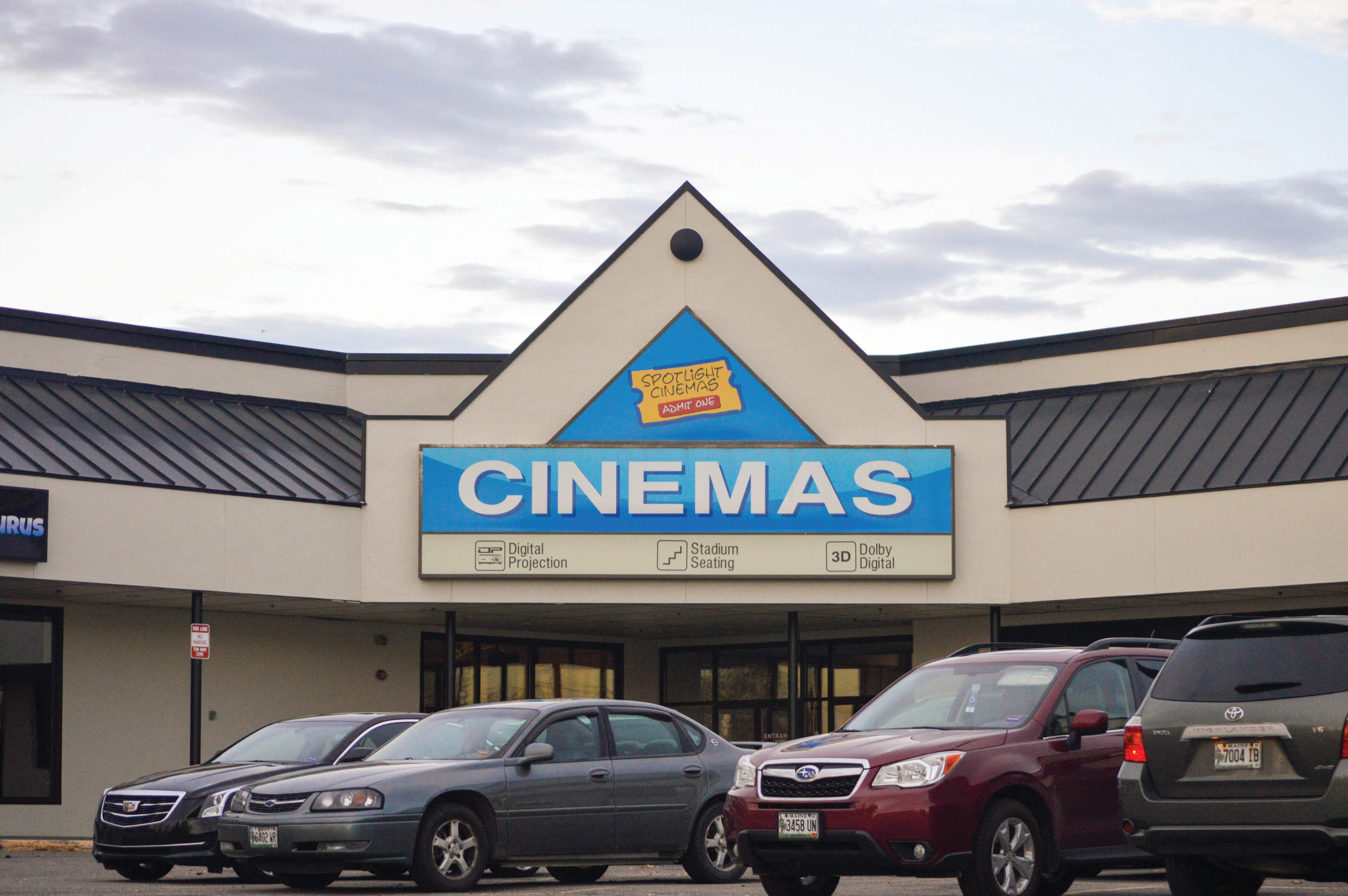 Spotlight Cinemas, located on Stillwater in Orono, is introducing Rewind Wednesdays. Each Wednesday the theatre will be showing an old movie. Photo by Haylee Scovil

Spotlight Cinemas in Orono is known for its reasonable prices, clean environment and wide array of movie. Now more than ever, movie industries all across the country are looking for ways to spruce up their theater and add new takes on the original movie-watching experience.

Rewind Wednesday is a new event coming to the Stillwater Avenue movie theater on one Wednesday each month that features older movies on the big screen. The movies will range in time period, content and variety, and will be chosen based on what the people in the Orono area would like to see.

On Wed. Oct. 23, the Cinema held the very first “Rewind Wednesday,” which featured the classic holiday film “Ghostbusters.” “Ghostbusters” was a film released in 1984, raking in almost $300 million from the box office. In the spirit of Halloween, the first film showing for the event had Halloween elements of ghosts and ghouls. The idea for the event was first pitched and designed by University of Maine student Jay Theriault, who works at the theater and hopes to run his own one day.

“Movie theaters aren’t as popular as they used to be, and we wanted to figure out a way to reignite the passion for going to the movies in person,” first-year business student Theriault said. “One idea we came up with was to bring back old movies that people can re-experience with family and friends.”

“Rewind Wednesdays” is an event directed towards older members of the Orono community who are looking to combine the movie theater experience with their favorite classics. Spotlight Cinemas was first opened in 1996, and was known as the first discount theater in the Bangor area. With seven movie screens, a concession stand, and gaming area, the theater has continued to improve by coming up with new ideas to appeal to the Orono area over the years.

“Our first showing had really positive feedback, and people seemed excited to have this opportunity,” Theriault said. “One man told us how happy he was to be able to take his family members to see movies that he grew up with. That is what we wanted out of Rewind Wednesdays.”

There are currently eight movies showing in the theater, all new and up-and-coming. Rewind Wednesdays is a change from the usual variety of newly-released films and brings a nostalgic aspect to the theater and to Orono, a place filled with rich history.

“I grew up in the Orono area, and I really want to show people that movie theaters are still around and such a great experience,” Theriault said. “It’s like listening to music on your phone but still going to see the concerts in person – things are just better when you get to experience them live, in real-time, with other people. Laughing alone at a movie on Netflix just isn’t the same as laughing in a group of dozens of other people watching and experiencing the same thing that you are.”

Next month’s showing will be the movie “Space Jam,” which will show at Spotlight Cinemas on Wed. Nov. 20.