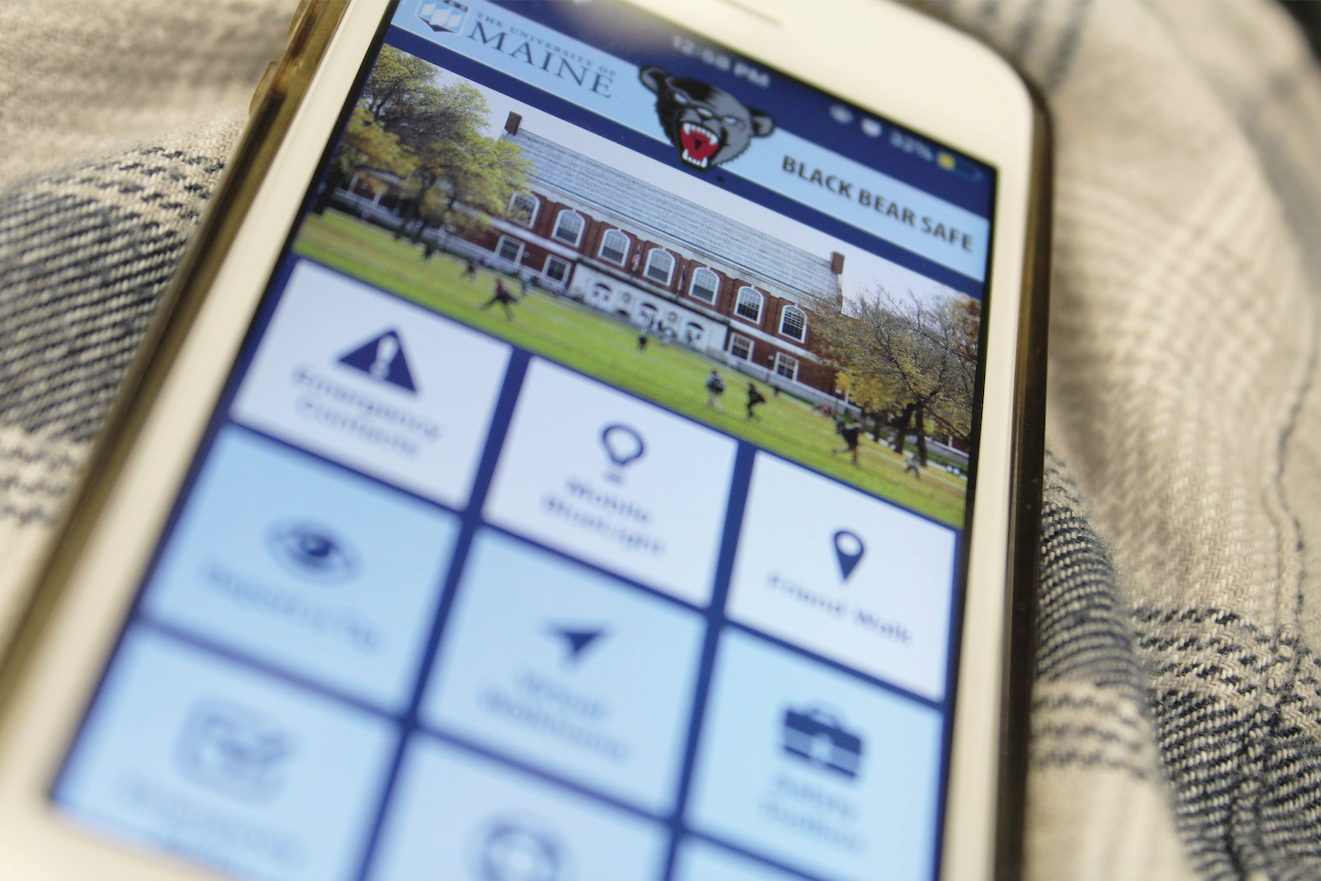 The University of Maine Police Department (UMPD) recently developed and released a smartphone app called Black Bear Safe in an attempt to make the campus a safer place for students.

The app, which is free, is available on Apple’s App Store as well as on Google’s Play Store. Through the app, students are able to access a wide variety of services to help them stay safe, whether they are reporting an incident anonymously or using the app to contact emergency services.

Black Bear Safe offers the ability to quickly call 911 or area police stations at the press of a thumb. It also allows app users to send an emergency dispatcher their location from the app, which allows responders to more easily find someone in distress. This feature, called the “mobile blue light” function, is reminiscent of the physical blue light stations located around the UMaine campus, which allow users to speak with a dispatcher at the press of a button. The mobile app is a viable option for students to be able to reach out to UMPD if they are not within the distance of a blue light station.

The app also has a form that lets people anonymously submit tips about incidents on campus. If you use the app to report an incident, you can attach a photo or video of the incident to alert UMPD as to the severity. UMPD anticipates that this feature will be used to report fender benders and other minor car damages.

The Black Bear Safe app will also provide emergency plans, which will help guide people through situations where they may need advice or support. There are also ways to access support services for Title IX services, health counseling and mental health counseling.

Fourth-year student Ryan LaGross has already used the app. LaGross has an undiagnosed condition that causes him to have unpredictable seizures. He had been looking for ways to keep himself safe if he felt a seizure starting, and opened up dialogue with UMPD on how to get in touch with emergency services or a dispatcher before he became unresponsive. Black Bear Safe, which allows you to alert emergency services through the touch of a button, was a good option for LaGross.

“I can feel my seizures coming on about one minute in advance, so I determined that it would be best to call for first responders in case I do get hurt,” LaGross said. “They showed me a simple function on the Black Bear Safe app that allows you to choose which emergency number to use so I just pressed ‘UMaine Police Department’ and luckily had enough time to explain where I was and that I was having a seizure before my seizure actually started.”

LaGross notes that when he can feel a seizure coming on it is crucial he contact a dispatcher quickly.

“When I feel the seizures start I get extremely disoriented but the app is very simple to use and I had no problem navigating the emergency contacts and choosing the right one,” LaGross said. “The emergency contact feature that I did use was very quick. I don’t remember exactly how long it took but I just hit the correct contact and the next thing I remember is talking to a police officer, it likely took a maximum of 10 seconds.”

The app is a good way to help maintain a feeling of safety within the UMaine community.

“Because it is fast and simple, I think this app could be used by everyone. It can be helpful in maintaining a general feeling of safety for individual students and the UMaine community as a whole,” LaGross stated.

Emily Cain speaks on women’s empowerment
‘Call Her Daddy:’ you hate to love it