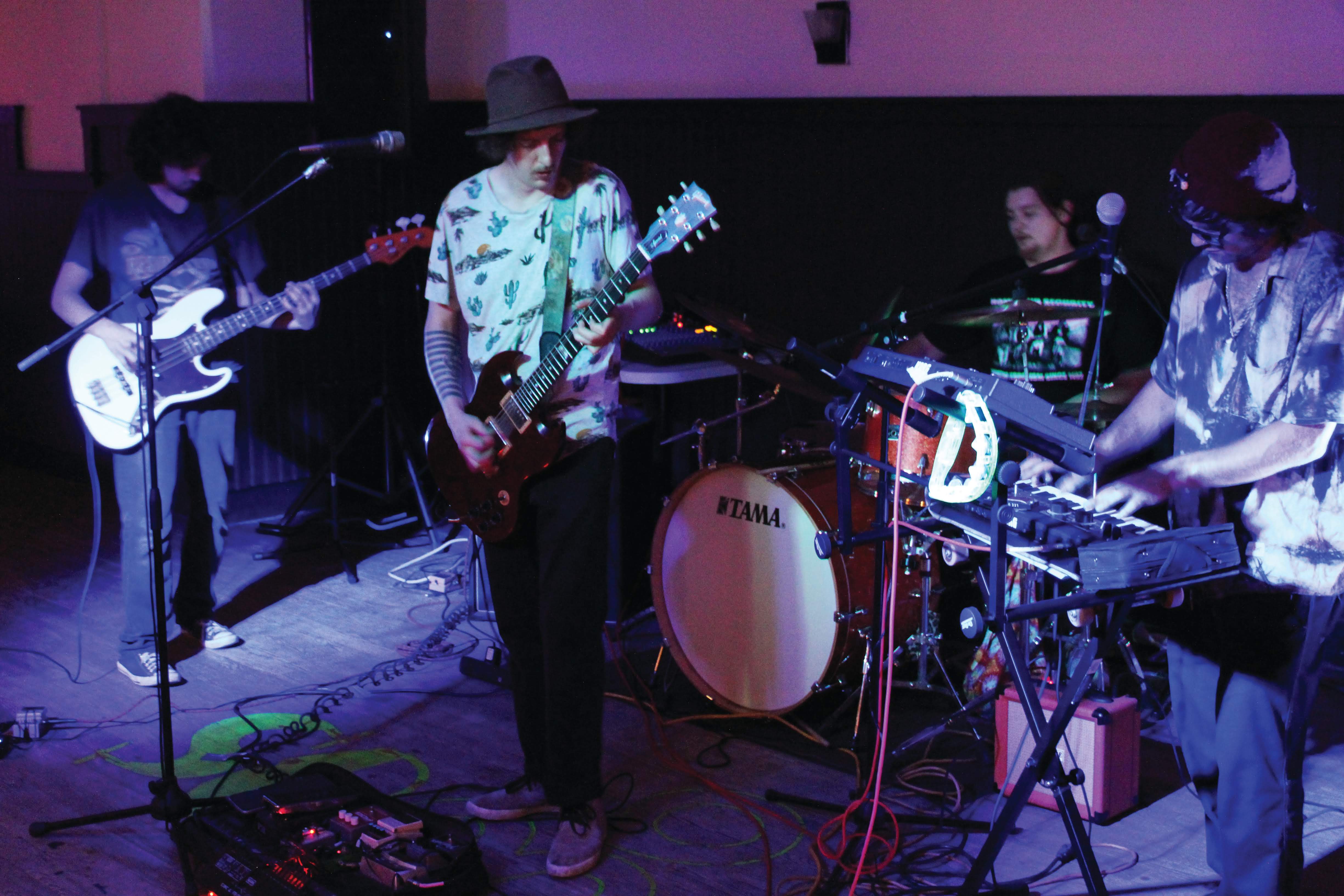 Livid Orange offered some psychedelic beats on a rainy Saturday night at the Common Loon in downtown Orono. Photo by Antyna Gould.

Looking to switch things up in the small town of Orono? The Common Loon has a great central downtown location with a covered upper-level deck and a classic pub environment. The Common Loon also provides a weekly dose of live music with their Monday night sessions and their weekend series “Uncommon Concerts.”

Taking over what was formerly the Bear Brew, the Common Loon is still new in town. After less than two years of operation, the Uncommon Concerts have been a great way of promoting the new direction that the pub has taken.

“We kinda have music as a theme of the pub. Wing flavors and stuff like that are named after ‘90s hip-hop artists. We play a lot of ‘90s music, so there’s kind of an overall tilt in that direction,” says Eric Shwab, a bartender and manager at the Common Loon. He’s been in charge of booking the bands for the Uncommon Concert series.

“We had the space upstairs so we were looking for things to do, and it’s really the only concert space in town. Orono has always been a live music place, so bands have been wanting to come up from all over the state,” Shwab said.

Owner Corey Gardner says that the concerts have been a great addition to the pub and the upstairs space has been perfect for the crowds brought in by the concerts.

“People like to hang out up there and play pool, darts and foosball, and the weather’s been nice so we have people hanging out on the deck,” says Shwab. “It’s really laid back in that there’s room to dance but there’s also space for people to just hang out. It’s never crazy. There are nights when it’s busy but you’re never packed in. It’s been good for the restaurant to have a second bar open to be able to get people in here.”

In addition to the Uncommon Concert series, the Common Loon hosts a weekly live music session on Monday nights hosted by a friend of the pub. People are encouraged to bring an instrument of choice and jump in and play. The tunes have brought customers into the pub to perform or listen and make the most out of what is traditionally a slow weekday in the restaurant industry.

The traditional pub also has an appreciation for international food and sports, serving dishes such as traditional English breakfast and poutine, and airing soccer and rugby games. Not to say that there aren’t just as many American sports fans that come by to watch big games. Common Loon also airs University of Maine athletics but makes sure to promote watching the games live when they’re local.

The pub also has student-friendly pricing, with happy hour that runs from 3-6 p.m. and 9 p.m. to close, featuring $1 off all imported beers and $5 well drinks.

The next big show that the Common Loon is hosting is on Saturday, Oct. 26. RIght in time for peak spooky season, “Something Wicked” is an 18+ Halloween party with a good cause. 10 percent of the bar proceeds will be donated to the Health Equity Alliance, a “community-based regional nonprofit dedicated to empowering marginalized communities to combat stigma and realize health justice,” according to their Facebook page. The party will feature performances by local drag talent.

In terms of booking, Shwab explained that he intentionally leaves openings later on in the semester for performances, rather than booking too far ahead.

“I want to leave space to give new bands a chance to play,” he said.

Stay updated on live music events through the Common Loon Public House Facebook page. The Uncommon Concerts are a great excuse to check out the refreshing vibe in town.