Culturefest allows student organizations to share their culture through food 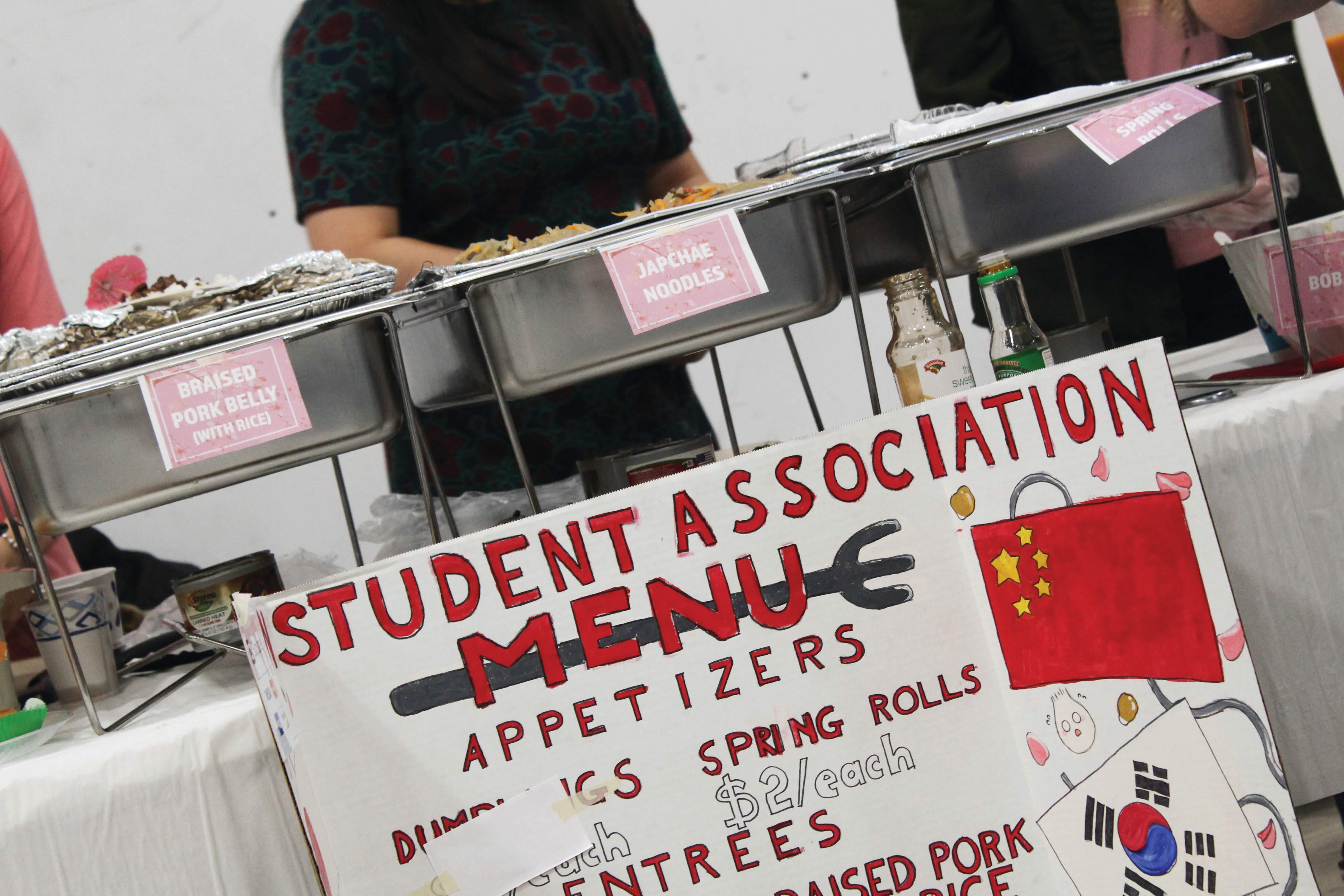 Tasty treats as far as the eye could see being served at Culturefest Saturday, Nov. 9 in the Rec Center. Photo by Antyna Gould.

On Saturday Nov. 9, University of Maine students, staff and community members came to celebrate Culturefest, a day-long celebration of cultures that features exhibits, live demonstrations, activities for kids and a food court. The event was held in the New Balance Recreation Center from 11 a.m. to 3:30 p.m.

The Rec Center was crowded with tables and exhibits from various groups on campus and the community. Student organized clubs, non-profit groups, local organizations and families all came together to share and represent their cultures and countries. Culturefest is a chance for these people to come and share their culture with the community, and a great way to introduce new cultures to other people with food.

“I think it is really important for people to get an idea of other cultures and what they’re like and just kind of expand their understanding of the world and other people,” Hannah Barnes, an admissions assistant in the International Program, said.

Culturefest, which is hosted by the Office of International Programs and the International Student Association, had 24 different cultures and nations represented in their food court. Every continent was represented, and student organizations as well as community members prepared food to share with the UMaine community.

Among the different cultures represented at this year’s Culturefest, the African Student Association, the Caribbean and Latinx Student Alliance and UMaine’s Hillel were some of the many that gave us a taste of their identities.

The African Student Association is an organization on campus that meets and discusses aspects of African heritage and culture and participates in events like the International Dance Festival and Culturefest.

This year, the group prepared a variety of traditional African foods from multiple African countries like Somalia and Sudan. They served Somalian rice, vegetables commonly found in Eastern Africa, Ethiopian cheese, Azifa (a lentil salad common in Sudan) and African donuts. Since their traditional foods do not typically contain meat or animal products, they are fairly vegan-friendly.

President of the African Student Association, Betlehem Abay, said, “it just brings you back all of the memories of cooking all of these cultural foods that you cook for yourself, but this time you’re cooking it in mass like we do back home and you’re sharing your culture with other people. It’s just bringing your home tastes that other people probably have never tried before.”

“It’s just nice to be able to provide the community the genuine Caribbean and Latinx experience because there are not a lot of us in the Northeast,” CALSA president Gabriella Reyes said. “But we just have a moment to do what we love which is cook and feed people which is a huge part of our culture.”

“When we’re able to share that with people and explain what the food is and why it’s made that way… it’s always nice to see people get excited and say, ‘oh that’s why it’s made that way’ or ‘I had this once when I was on vacation in Puerto Rico.’ It is just another way to bring our culture together,” Reyes, a fourth-year art history and archeology student, said.

Hillel is a student heritage alliance council organization that serves UMaine’s Jewish community. Similar to the other groups, it provides a way for students to connect. This alliance specifically invites Jewish students to connect through their religion.

Hillel served foods that are Jewish holiday staples. They made challah, which is a braided bread and is typically eaten during Shabbat; latkes, potato pancakes traditionally served during Hanukkah; hamentaschen, a triangular pastry stuffed with jam or chocolate served during Purim; grape juice and bagels with lox and cream cheese.

“We really enjoy doing this. We want Hillel to be more known because the Jewish community in Maine, and in the world, is very tiny. And we have some awesome foods that we want everyone to be able to try,” Dani Krara, a fourth-year anthropology student said.