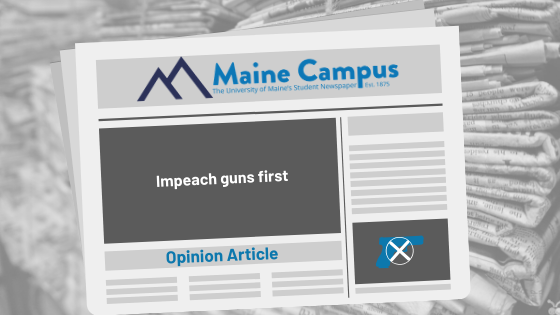 The school shooting that occurred Thursday, Nov. 14, in Santa Clarita, California was a clear reminder as to why the United States needs to immediately implement gun control, and why we as citizens cannot let this topic rest until we see policy reform. This recent school shooting resulted in the deaths of two students and injury of five others, according to CNN, and only took 16 seconds to occur.

For decades, mass shootings, especially those concentrated in schools as well as movie theaters, places of worship and other locations which citizens regularly attended in their everyday life, have been massively discussed and remain a hot button issue for politicians coming in and out of office. The issue, however, is that little seems to be getting done. Within the last decade the public outcry for stricter gun regulations, often encouraged to mimic regulations seen in many European nations has been high, but on the other hand the condemnation of any sort of gun restriction has also been a topic of discussion.

On Nov. 13,  the day before the recent California shooting, CNN reported that Attorney General William Barr mentioned that gun reform legislation has been put on the back burner in wake of the current impeachment process that has begun. The impeachment proceedings have taken precedence in the White House recently, and it’s frustrating to accept that the problems citizens have been fighting tooth and nail for so long to have recognized and brought to discussion by our leaders can be brushed aside because our president refuses to do his job. According to USA Today, even former President Bill Clinton weighed in on the issue of gun control and reform and called out Trump stating that Trump must “do what’s right for the children.”

The pressure being put on President Trump by the nation to address the atrocities that have been committed due to the lack of gun control under his administration have all too often been swept under the rug by him, and this instance does not seem to be much different. In a nation where mass shooting has become a debilitating and common occurrence that plagues the minds of every citizen old enough to comprehend the risk of simply being educated every time they have to do an active shooter drill in school, we must recognize this as an issue and we must not give up in demanding justice and reform on our gun laws.

The U.S. must be humble enough to accept it’s weaknesses and take points from other nations who are doing better than us. Our government and laws deserve this, but above all else, the next generation of school-aged children deserve to not fear for their safety when stepping into a classroom.

College should not be the…

The inside view: A concluding…

Editorial: Finding balance in an…