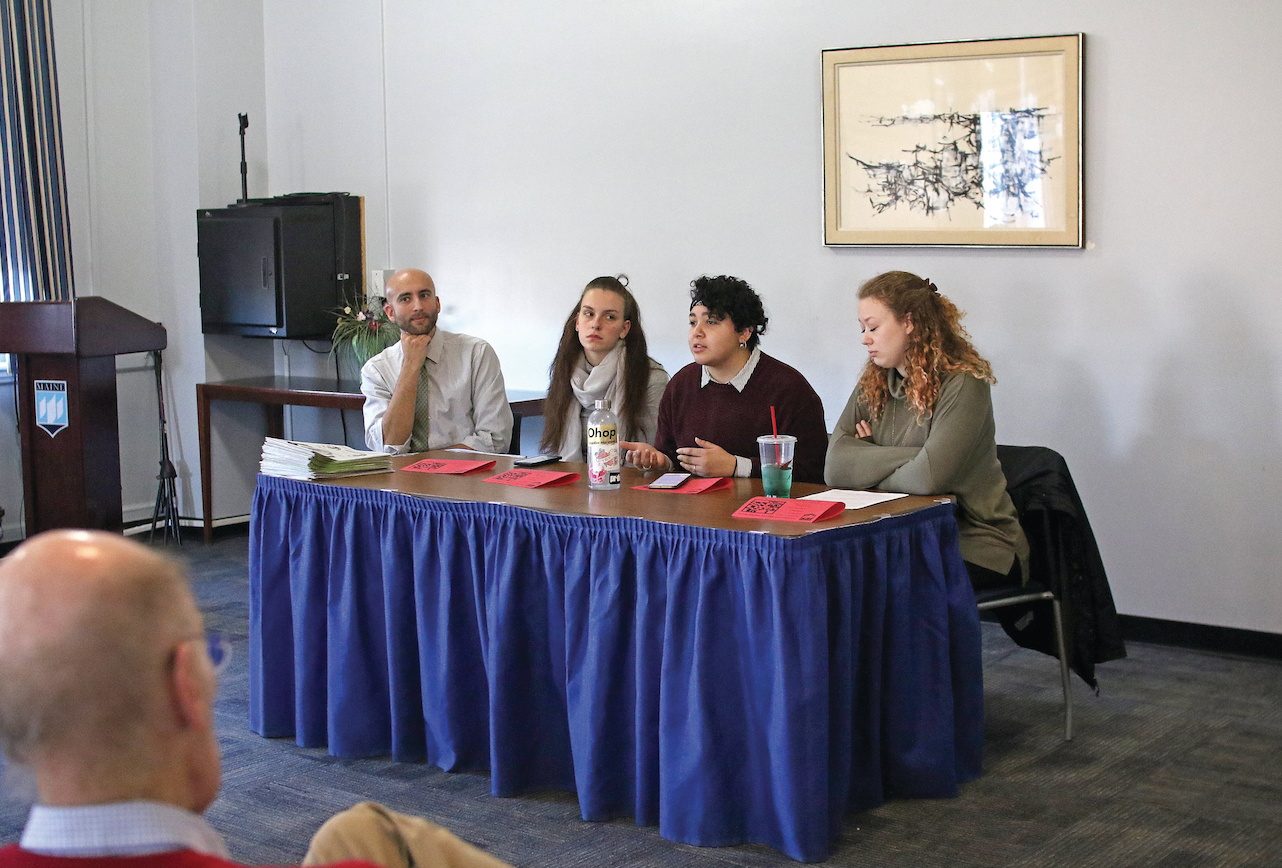 On Thursday, Nov. 21, the Socialist and Marxist Studies Series wrapped up its fall series with the “Student Activism in the Fall of 2019” forum. The event gave student activists at the University of Maine the opportunity to speak on their participation in activism, as well as speak on some of the activism events that have occurred this semester at UMaine.

Smith was present at the sit-in on Nov. 9, which called for action against Director of Government and Community Relations Samantha Warren. Stott had been at the climate change walkout in September. As the students recounted their experiences, Laraway complimented the stories with personal anecdotes about the value of student activism.

Throughout their time on the panel, Smith repeatedly stressed that, for LGBTQ people, often just existing is an act of activism.

“We program events that encourage queer college students to be themselves, which in [itself] is a radical act in our society, especially on campus,” Smith said.

Thomson noted that she interacts with activism both on and off-campus through the Feminist Collective, known within the UMaine community as FemC. FemC strives to address feminist issues by advocating for the equality of women, men and gender-non-conforming folx.

“Activism is … continuing to have uncomfortable conversations, addressing personal biases and unconscious biases, to better understand the intersection of values,” Thomson noted.

Through FemC, she strives to promote and hone community values.

“Equality is one of our main values…and we strive to promote that for men, women and other folks and in the UMaine community,” Thomson said.

During her section of the panel, Stott noted that, while activism within groups is important and impactful, activism is often more powerful when groups can collaborate.

“Small things … can be more effective when you pool your resources,” Stott said.

Stott, who is deeply environmentally conscious, uses her work with SEAD to have a lasting impact on other groups on campus. Notably, SEAD coordinated with the International Programs Department and many of the international student groups to ensure that the 2019 Culturefest was a Zero-Waste event.

“Through collaboration with the Green Campus Initiative, the Defenders of Wildlife and other student organizations on campus, SEAD has been able to promote activities which encourage the UMaine community to live more sustainably,” Stott said.

The work from these student panelists demonstrates a deep consideration of the values of the UMaine community and a commitment to lasting change on campus and beyond.

Black Bears lose Border Battle and Brice-Cowell Musket to rival UNH
Editorial: Holidays don’t have to be the most stressful time of year