Thankful for football, a look at past and future Thanksgiving NFL matchups

Home /Sports/Fall Sports/Football/Thankful for football, a look at past and future Thanksgiving NFL matchups

It’s that time of the year again when everyone travels to gather with their families to collectively feast on turkey, gravy, stuffing, mashed potatoes and more. Seemingly synonymous with Thanksgiving is Thanksgiving Day football, in particular, high school championships and the NFL. Many small towns throughout the nation wake up early, go to their town’s high school field and cheer on their team against a rivaling town. The teams clash, and the nostalgia for the seniors as this may be their final time stepping onto the gridiron, usually results in an emotional game that perfectly encapsulates the thankful aspects that this holiday intends to bring about. After watching the athletes on the field play, families get together all around the country and tune in to watch the NFL games.

This year’s Thanksgiving games will be the Chicago Bears at Detroit Lions at 12:30 p.m., Buffalo Bills at Dallas Cowboys at 4:30 p.m. and New Orleans Saints at Atlanta Falcons at 8:20 p.m.

The Bears-Lions game will likely be the least entertaining game of the day, to be blunt. It’s a game featuring two weak offenses; considering how much of a disaster this season has been for the Bears with quarterback Mitchell Trubisky having thrown only nine touchdowns to four interceptions this season, and the Lions losing quarterback Matthew Stafford for the season with a back injury, the offenses should be abysmal. It would be safe to expect a low scoring affair, but the Bears, whose defense is significantly better than the Lions, seem to have the edge.

The afternoon game between Buffalo and Dallas should excite. It will be a battle between Dallas’ potent offense, which is ranked as the top offensive unit in the league, and Buffalo’s stout defense. This game is also important for both teams to come away with a win and could have major playoff implications for both sides. The edge goes to Dallas who plays at home and will likely be able to outscore Josh Allen and the underwhelming Bills offense.

The night game will likely be boom or bust, as most games between New Orleans and Atlanta usually are. The night could be a shootout where both teams score 30-plus points or it could be a blowout win for the Saints from kickoff on; the Falcons are just that wildly unpredictable. Despite Atlanta shocking the football world and blowing out the Saints on the road to end a six-game losing streak just a couple of weeks prior, the edge should go to the Saints who are fighting to secure a first-round bye. It is hard to see Sean Payton and the Saints losing to an inferior opponent twice in the same year.

Since Thanksgiving is a historic holiday treasured by folks around the country, it seems appropriate to discuss some historic matchups and performances that we have witnessed throughout the years of Thanksgiving Day NFL games.

In 1980, the first Thanksgiving game to ever go into overtime was played between the Detroit Lions and Chicago Bears with a score of 17-17 at the end of regulation. This game would set an NFL record for the shortest overtime period in NFL history, as Bears running back Dave Williams returned the opening kickoff of overtime 95-yards in 13 seconds for the game-winning score.

In 1986, the highest-scoring Thanksgiving game was played between the Green Bay Packers and the Detroit Lions, which ended at a final score of 44-40. The unsung hero for the Packers

that game was wide receiver Walter Stanley, who racked up 207 all-purpose yards and three touchdowns to help lift the Packers over the Lions.

1994 featured a historic shootout between the Cowboys and Packers when Troy Aikman was injured and replaced by now head coach Jason Garrett. The Cowboys went on to defeat Brett Favre and the Packers 42-31.

1998 was another shootout game between the Minnesota Vikings and Dallas Cowboys. This game is highly regarded by the sensational stat line that rookie wide receiver Randy Moss posted: three catches on three targets for 163 yards and three touchdowns.

2008 was the most lopsided game in Thanksgiving Day history when the Tennessee Titans beat the Detroit Lions by a score of 47-10. The Lions would go on to finish that season 0-16.

2012 may be America’s favorite Thanksgiving football memory, as New York Jets quarterback Mark Sanchez ran the ball himself after a miscommunication with his running back, and had his own offensive lineman thrown into him by Patriots defensive tackle Vince Wilfork. The collision, where Sanchez’s face ended up hitting his lineman’s hindquarters, resulted in a fumble that the Patriots scooped up and returned for a touchdown. The so-called “Butt Fumble” still appears on the NFL’s “Not Top 100” plays of all time. 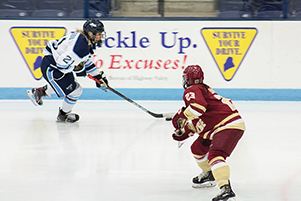 The Truth: How Paul Pierce…