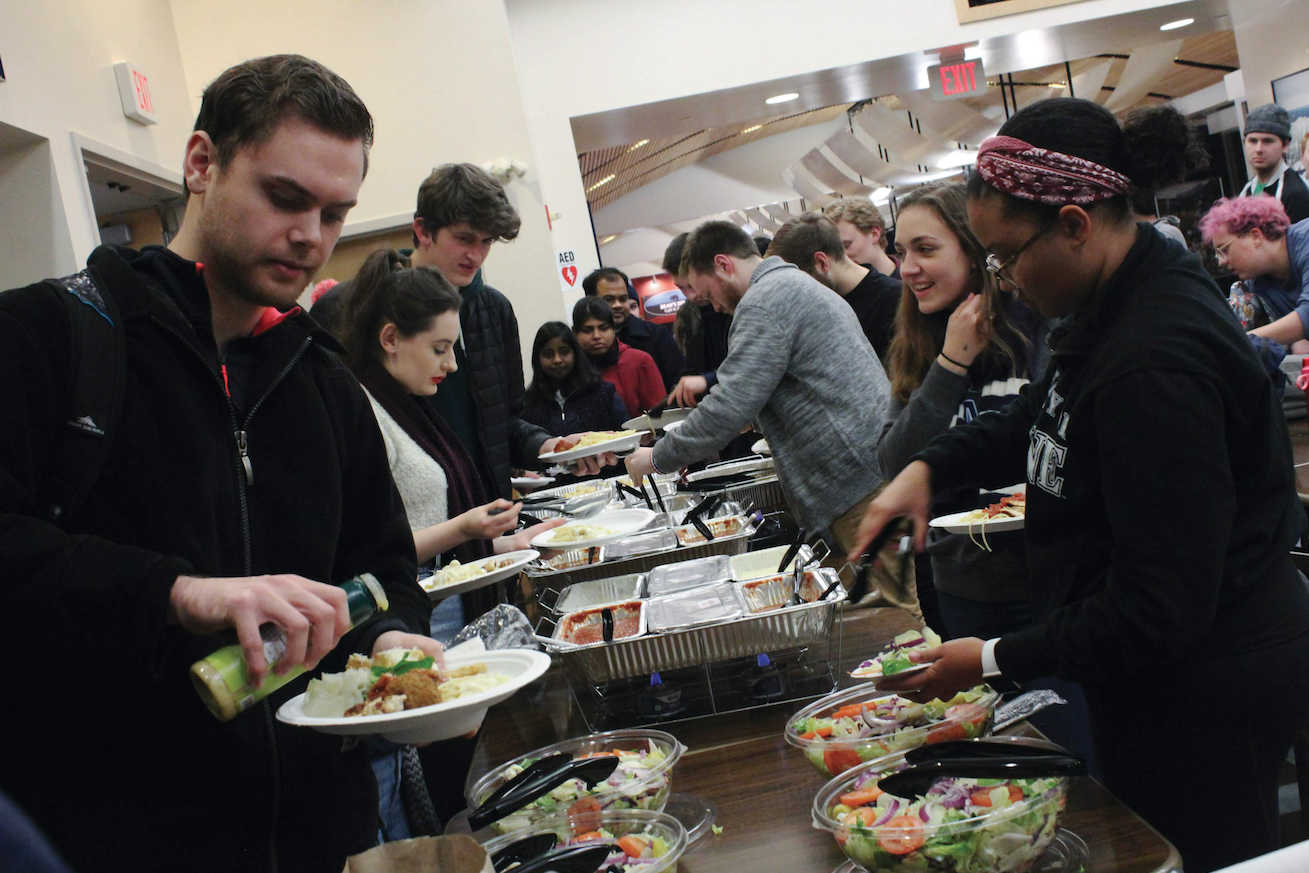 For the first time this year, the University of Maine Residence Hall Association (RHA) partnered with the Marsh Island National Residence Hall Honorary (MINRHH) to put on a celebratory dinner for all those involved in the residence hall community. The Marsh Island chapter of the NRHA was founded because there was a need for more recognition of students on campus. This dinner served as the kickoff event for the first-ever RHA Month, and a conference in Syracuse will bookend the commemoration.

UMaine is home to about 9,000 students, and according to a study conducted by the U.S. News and World Report, about 38% of those students are housed on campus. With such a large population of students living in on-campus housing, the quality of residence life is important. At UMaine, 21 residence halls with over 100 staff members work to make sure that the housing needs of students are met. The residence halls on campus are overseen by UMaine Residence Life, which encompasses community coordinators, assistant community coordinators and resident assistants (RAs). Community and assistant community coordinators work hard to make sure that the residence halls are a safe environment for the students living there, as well as working to create community ties to help facilitate the transition into the college campus.

One of the most important aspects of being a resident assistant is helping students find resources to succeed in college, especially in first-year residence halls. A majority of UMaine’s first-year students live on campus, and RAs help them to acclimatize to the community by providing opportunities to create bonds with the students who live around them. Through these programs, as well as through regular one-on-one meetings, RAs provide some of the most valuable resources to help first-year students find a space they feel comfortable in.

UMaine’s RHA is a chapter in the National Residence Hall Association (NRHA) that was started last year. President of the MINRHH Aiden Ciaffaglione, a third-year sociology and women’s, gender and sexuality studies student, believes that RAs and student leaders are vital to the campus community. RAs are charged with taking care of the residents in their hall by keeping them safe and making them feel at home.

“The job of an RA is to figure out who their community is, accommodate them, make them feel safe and at home, support them and when needed find the additional support they might need,” Ciaffaglione said.

Ciaffaglione recounted their first year as a residence hall advisor at Oxford Hall, explaining that it was enjoyable to serve as a resource to other students, especially first-year students. By acting as a student leader, they believe that it is also an opportunity to grow as a leader. For Ciaffaglione, who is extremely involved in their community and strives to create a positive community experience through their leadership, community service is a very important aspect.

Through the kickoff dinner, the staff members of UMaine Residence Life were recognized for their hard work and were given an opportunity to come together to celebrate each other’s successes.

“This is a group of people trying to better the community they live in,” Ciaffaglione remarked.

Impeach guns first
Editorial: Winter doesn’t have to be blue: how college students can approach winter with a positive outlook