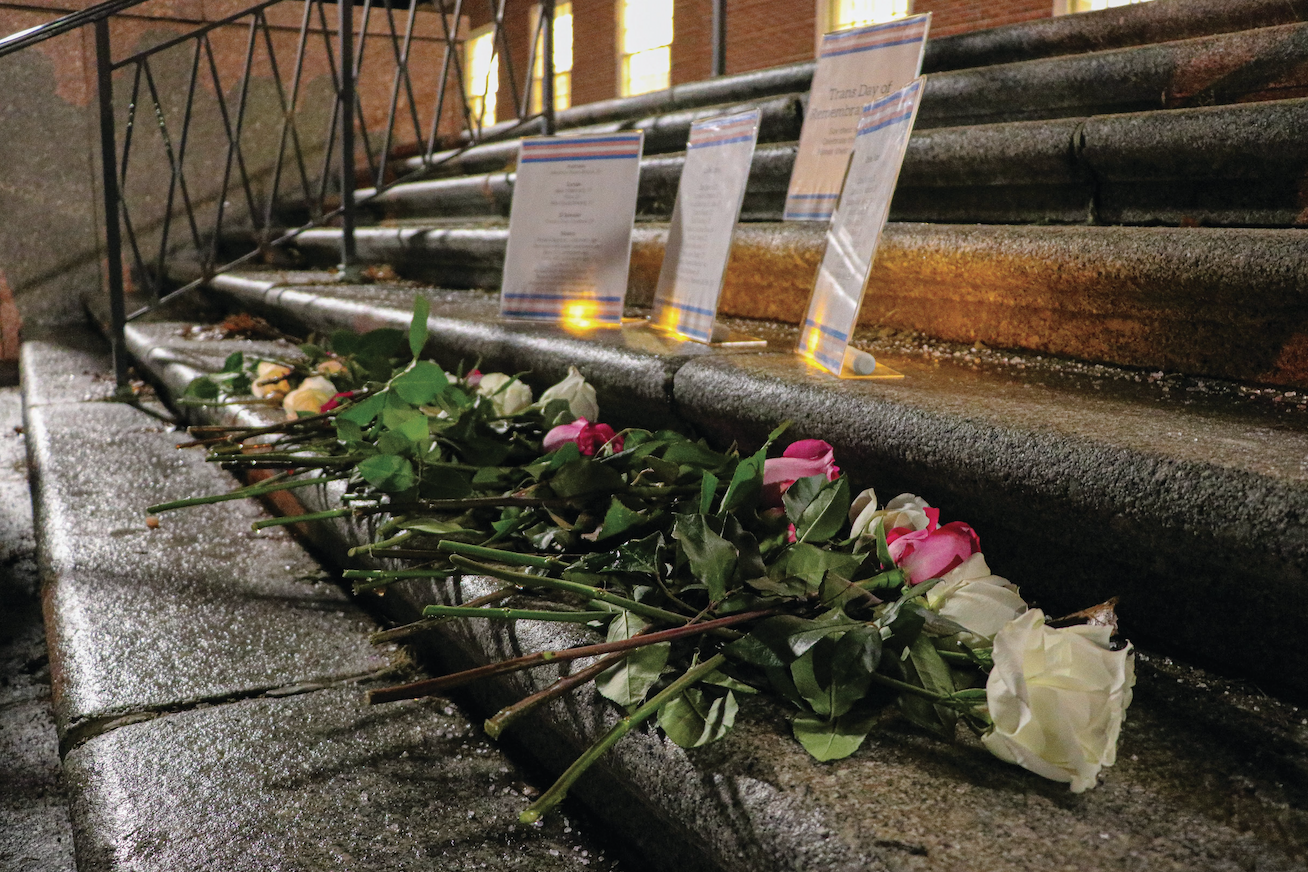 On Nov. 20, the University of Maine’s Rainbow Resource Center (RRC), alongside UMaine students and faculty, gathered at the steps of the Raymond H. Fogler Library to observe the Transgender Day of Remembrance. The vigil memorialized the many transgender people around the world who have lost their lives to transphobic violence.

The very first Transgender Day of Remembrance was organized by Gwendolyn Smith and Penny Ashe Matz in Boston, Massachusetts in 1999. Smith and Matz, grief-stricken by the murders of two transgender women that had occurred just a year before, decided to organize a candlelight vigil in their honor. Over the years, this expanded to include other transgender, non-binary and gender non-conforming individuals who were killed. It became known as the Transgender Day of Remembrance, and is observed every year on Nov. 20.

Every year, UMaine takes part in hosting a candlelight vigil for in recognition of this day.

Jane Pappas, the executive director and graduate assistant of the RRC and the Intersectional Feminist Resource Center (IFRC), believes it is necessary for UMaine to honor transgender individuals, both dead and alive.

“There is a truly robust community of wonderful trans individuals here. This violence affects every single one of them. Each of them exists in a world that sees violence against trans individuals as both the norm and, largely, as acceptable. This community has a responsibility to uplift its transgender peers, to hold space for those no longer with us and to work for a better world,” Pappas noted.

According to transrespect.org, 3,314 transgender individuals have been killed in hate crimes between January 2008 and September 2019. The majority of these vicious acts of violence occurred in Brazil, Mexico and the United States. This number only includes the murders that were accounted for; many murdered transgender people are not reported or investigated.

Transphobic attitudes and behaviors, which can escalate and lead to murder, demonstrate why events like the Transgender Day of Remembrance are so important. Events like this don’t just call us to honor the dead but to stand up for the living. According to the Human Rights Campaign, one of three members of the transgender community will experience assault in their lifetime. In marginalized communities, the number drops to one of two. These numbers are drastically different when compared to cisgender male and cisgender female rates of assault, as one of five men and one of three women will experience assault in their lifetime. Members of the UMaine community are urged to promote safety at the university by creating accepting spaces for people who identify differently.

UMaine’s candlelit vigil for the Transgender Day of Remembrance is a reminder of the people lost to acts of hatred. However, it also served as a reminder that the UMaine community can come together to pave the way for a future that does not allow transphobic hatred or violence. This vigil gave the students of UMaine a powerful message: it is our responsibility to take a stand against transphobia.

In Dunkin’s banning of styrofoam cups, a larger issue is brought to light
Hannaford Supermarkets donate $1 million toward ending child hunger across the northeast