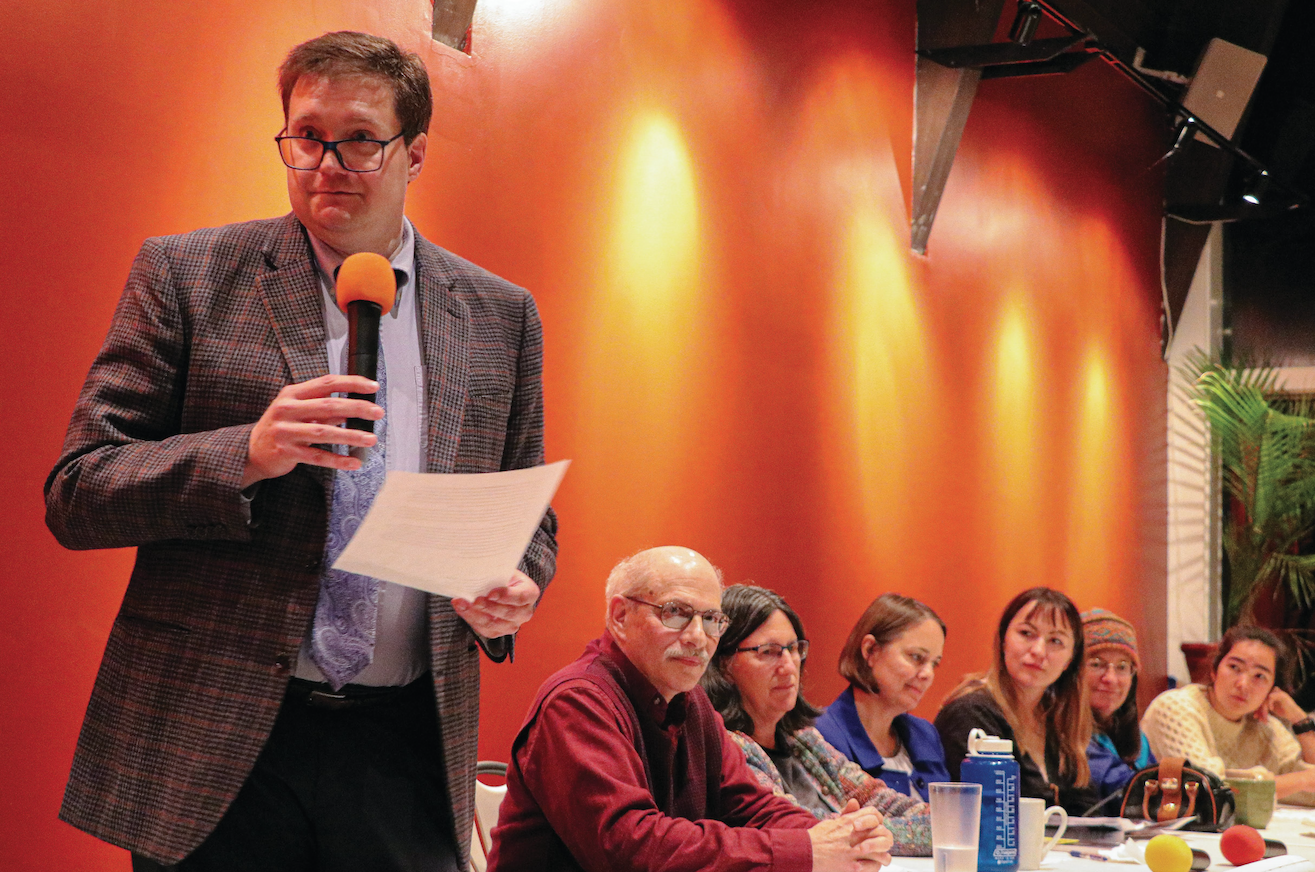 On Wed, Nov. 6, students, faculty and members of the greater Orono community gathered in the Wilson Center in the comfort of a relaxing dinner setting to discuss the concept of antisemitism and its historical and political manifestations. Such dinner discussions over a variety of topics have been hosted each Wednesday by the Wilson Center throughout this semester. They are open to all interested members of the University of Maine community.

In organizing the event, Wilson Center representatives partnered with Derek Michaud, a lecturer of philosophy and the coordinator of UMaine’s Judaic and religious studies program, who acted as the moderator of Wednesday’s dinner discussion. Working together with administrators from the Wilson Center, Michaud was able to invite three speakers: Professor of History Nathan Godfried, Professor of Political Science Amy Fried, and Director of Maine’s Holocaust and Human Rights Center Shenna Bellows — who were willing to share their expertise on the subject.

Professor Godfried devoted his remarks to detailing the historical development of antisemitism, which he argued evolved from a form of religious persecution to the more modern economic, political and social forms of oppression seen today.

“Most historians would agree that, to a considerable extent, antisemitism has been based on Christian hostility toward Jews,” Godfried explained. “Living outside the only true church, made Jews, by definition, ‘the other’ and ‘outsiders.’ This led, over time, to an assortment of anti-Jewish practices—forcing Jews to live in ghettos, limiting their occupational choices, expelling them from countries, massacring them, etc.”

Though antisemitism can be exhibited in a variety of manners, Godfried noted that these displays are often similar to those of the many other hate-ideologies prevalent in society.

“Like all oppressions, antisemitism has deep historical roots and uses exploitation, marginalization, discrimination and violence as its tools,” Godfried says. “Antisemitism seeks to dehumanize and degrade Jews via lies and stereotypes. Although its mythology changes and adapts to different times and places, it consistently blames Jews for a particular society’s problems.”

In her analyses of the subject, Fried noted the prevalence of antisemitism in contemporary politics, referencing a recent study by the Anti-Defamation League which states that antisemitic hate crimes have risen in their frequency in recent years, as well as referencing the kinds of comments made by politicians that inspire such hate crimes.

Fried ended her remarks by concluding, through a humorous anecdote, that although “anti-semitism will, to some extent, always be with us,” good people, Jewish or otherwise, will continue to confront it.

The event’s third and final speaker, Shenna Bellows, shared with the attendees some of her personal experiences as the executive director of Maine’s Holocaust and Human Rights Center and as a Senator representing the State’s 14th district. Her center, she explained, had been founded in 1985 by Jewish World War II refugees who had survived the Holocaust, settled in the United States, and devoted themselves to teaching others about the events of the genocide and about human rights.

Bellows also acknowledged the inextricable connection between white supremacy and antisemitism, which she argued must be fought through education and public awareness.

Before the discussion began, a buffet-style dinner of Mediterranean-inspired cuisine was presented by Taylor Ashley, a cook and part-time faculty member in the college of liberal arts and sciences, who, with help from his fellow staff members, was able to feed all of the nearly 55 people in attendance.

“The Wilson Center’s Wednesday night community meals are lovely,” Ashley said. “They provide an opportunity for community members to come together and enjoy a free healthy vegetarian meal which is followed with a thought-provoking presentation by various leaders in the community. I enjoy the cultural diversity the Wednesday community meals attract. I believe it is one of the most diverse weekly community events open to the public in the surrounding area.”

Bill Siemers, the rabbi of Congregation Beth Israel in Bangor and the current president of UMaine’s Wilson Center, spoke with the Maine Campus after the event, sharing his thoughts on the center’s weekly dinner discussions.

“The Wilson Center has long been an institution devoted to tolerance and progressive causes.  Last [Wednesday’s] discussion on antisemitism, hosted by the Wilson Center and organized by the Judaic Studies Program, was in keeping with that mission and is representative of the kind of encounters that take place in our building. We were proud to provide a forum and encouraged greatly by the communal response.”

Discussion-dinners are held in the Wilson Center each Wednesday from 6 p.m. until 8 p.m. and are free of charge. More information on the Wilson Center can be learned by calling 207.866.4227, or by visiting its website at umaine.edu/wilsoncenter/.

Research for all: UMaine can do more to improve undergraduate research funding
Fake News workshops seek to educate the UMaine community 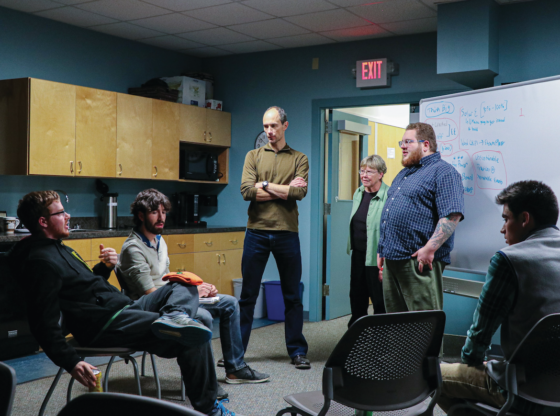