UMaine students act as a driving force behind climate strike 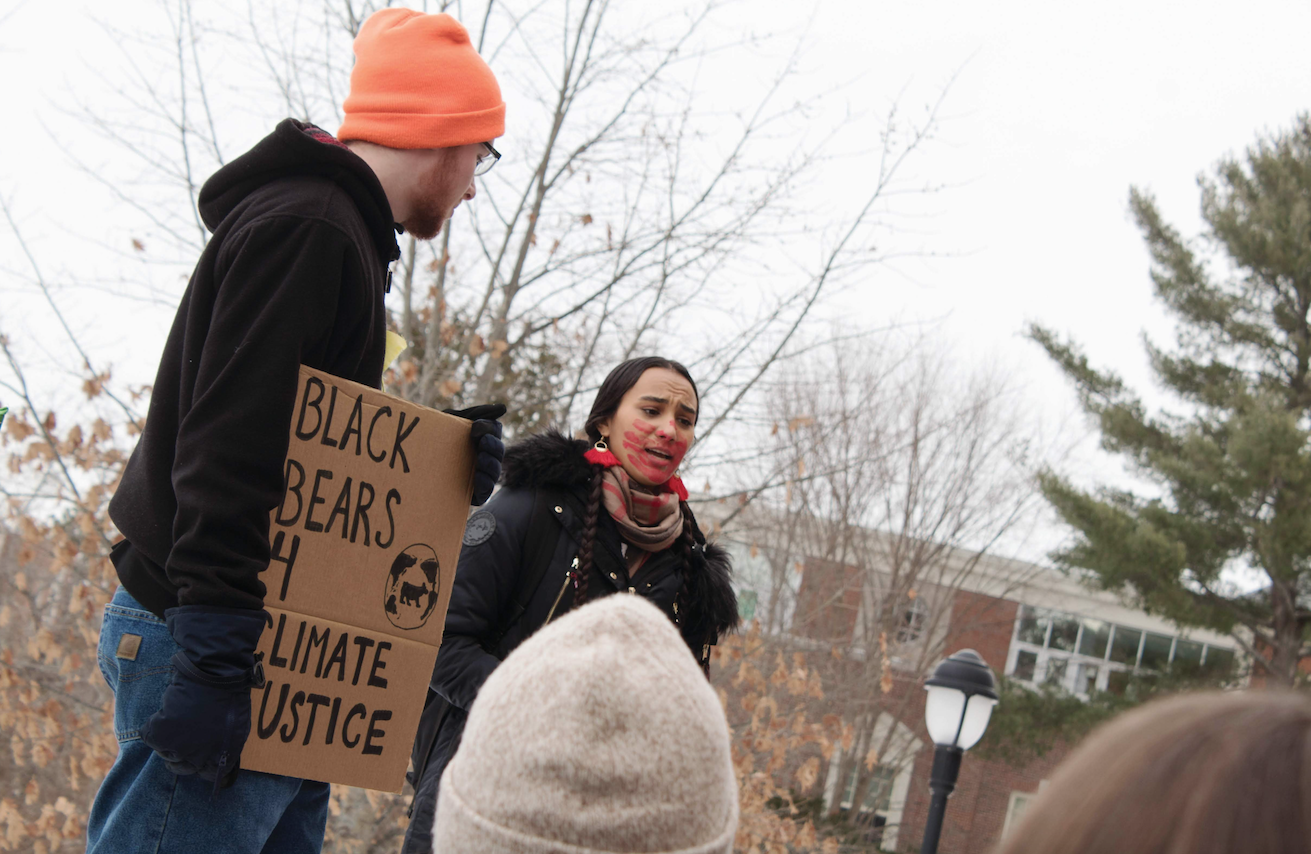 Recently, leading climate scientists have warned the general public that we have between 10 and 12 years to stop climate change in its tracks. Since then, climate change has become a topic. Politicians, reporters, scientists and even students have debated the current climate crisis across platforms. Many people across the globe are even holding a series of protests called ‘climate strikes’ to address the urgency of this issue and suggest solutions. In the UMaine community, many members of the student body feel very deeply about climate-based activism, including Benjamin Hacker, a student-activist who is active and vocal about local climate action.

Hacker, a third-year forestry student from Beverly, Massachusetts, has always had an intense, unbridled passion for environmentalism. Hacker grew up with his mother and his father near a coal plant — which Hacker says he and both of his parents are still very much opposed to. Hacker notes that living in such close proximity to this coal plant, as well as having two very staunch environmentalists as parents, led him to become an environmental activist.

“I grew up near a coal-fired power plant. I don’t know the day to day impacts of that, but it very much has the potential for negative impacts on my health, and especially … the people [who live] closer to the power plant,” Hacker says.

When Hacker was in elementary school, he started engaging in environmental activism. Hacker used his passion to bring recycling programs to his local communities. Hacker says this fiery passion for the environment, and his life experiences, motivated him to organize on campus.

Hacker organized the student climate strike on Dec. 6, which invited students and community members to assemble on the Raymond H. Fogler Library steps to voice their thoughts on the current climate emergency. Friday’s strike is part of a series of climate strikes from around the globe, originally pioneered by Swedish climate activist Greta Thunberg. These climate strikes have garnered global attention and about 2,500 climate strikes have happened across the planet this year alone. Hacker believes synchronizing with this movement was a smart idea, and noted that he thought that it would grab the attention of more students and media outlets in order to bring visibility to the event.

Hacker’s event garnered a wide variety of interest, with members of the UMaine community, local activists, protestors and reporters from the Maine Beacon attending the event. Hacker estimated that there was an overall turnout of about 70-80 people attending the event. Speakers from the Racial Justice and Equity Organization, members of the Defenders of Wildlife and representatives of community interest groups spoke at the protest.

Hacker believes that students have the power to take direct action and prevent the climate crisis from worsening.

“We are in a lot of danger, but there is also a lot of hope … [the environmental movement] has grown enormously. It’s getting massive media attention and there are activist groups that are finally succeeding in getting governments or groups to declare a climate crisis,” Hacker commented.

Hacker sees an incredible amount of importance in youth climate activism, especially at UMaine. Hacker thinks it is necessary for the students to use their voices because some members of administration in the University of Maine System are prevented from speaking publicly about the issue of climate change.

The University of Maine System’s 2018 edition of the Policy Manual: Institutional Authority on Political Matter, which addressed administration’s guidelines for voicing support of political action, lays out guidelines as to what sorts of political statements the chancellor and president are allowed to make on an institutional level. Different political issues and topics are sorted into three different categories: green statements, which are considered critical to the university’s mission; yellow statements, which are indirectly related to the university’s mission and red statements, which are unrelated to the university’s mission. Some red topics include global trade policy and abortion, while yellow topics include labor rights and climate change. Both the chancellor and the president of UMaine and the greater UMaine system are highly discouraged from making statements about topics in the red zone and discouraged to a lower degree from releasing statements that fall in the yellow zone, such as climate change.

Hacker feels that hosting the climate strike, and generally being involved in environmentalist activities on the UMaine campus and in the surrounding community are good ways to counteract the lack of discussion about climate change.

Additionally, Hacker says that addressing this particular issue was originally one of his goals for the climate strike, as well as calling for major political action.

“[At] this [strike] in particular, we will hopefully be asking local and state legislative representatives to declare a climate crisis, as well as … potentially addressing the fact that the UMaine president is [discouraged from making] a statement on climate change,” Hacker said.

Hacker noted that his activism does not end here. Hacker hopes to continue the conversation about climate change by starting a chapter of Extinction Rebellion at UMaine and is planning on holding another climate strike event on Earth Day.