Men’s basketball fights to 3-4 over break 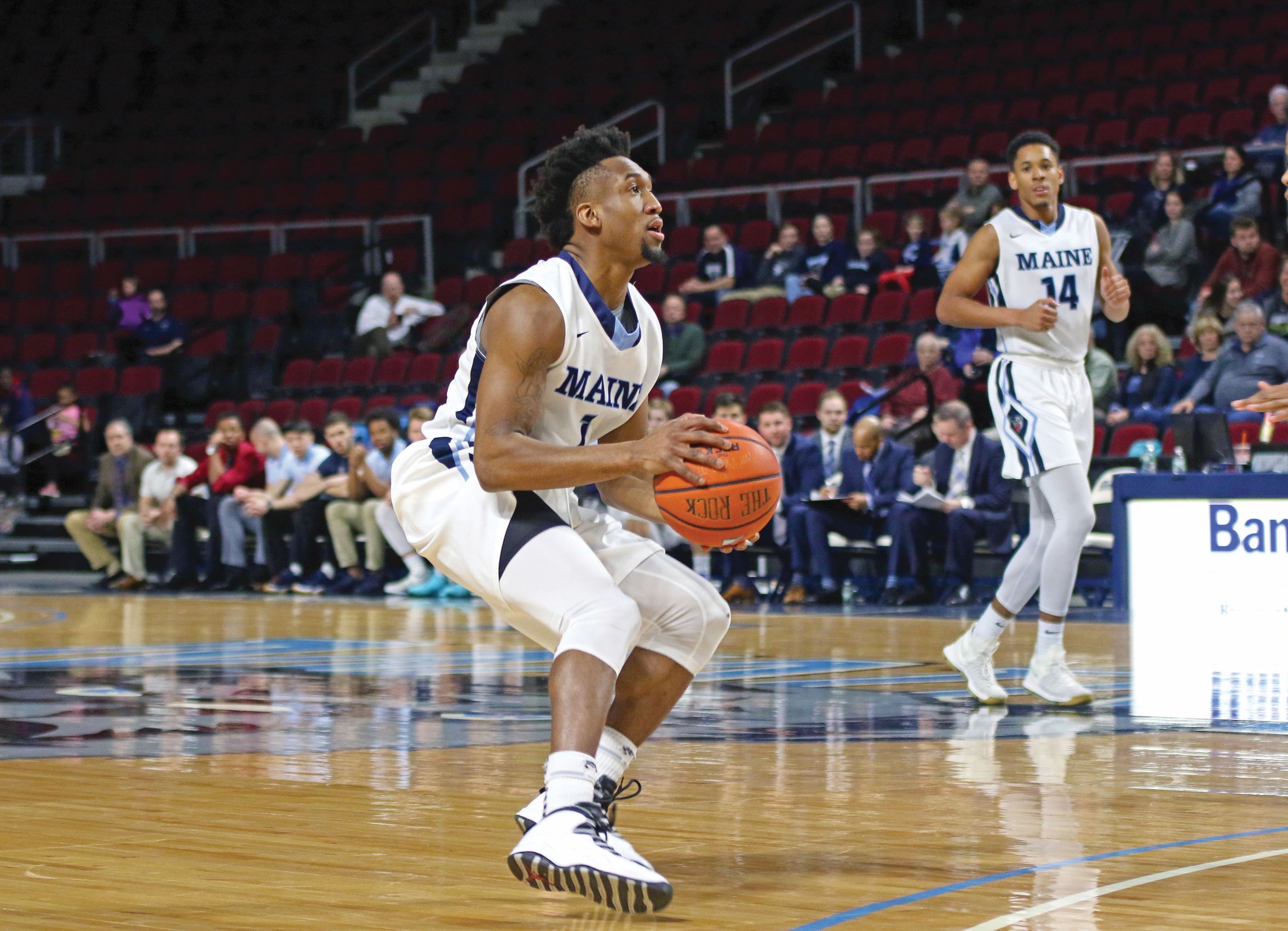 As March approaches, the college basketball scene intensifies as teams prepare for conference tournaments and a shot at March Madness. Over the past few weeks, the University of Maine has been on winter break but the men’s basketball team has continued to play out their season schedule. They played in seven games over the break, with four of them being on the road.

Over the course of the seven games, Maine won three. On Dec. 29, they took a break from the cold and completed the longest travel distance in Division I sports to compete at the University of Hawaii, where shooting struggles led to a 91-51 loss. Fourth-year guard Sergio El Darwich led the team with 11 points while shooting 50% from the paint and from beyond the arc. His teammates didn’t fare as well, with the unit combining to go 6-22 from beyond the arc and 20-55 from inside. Additionally, the zero points on fast breaks compared to Hawaii’s 14 spelled a hard loss for Maine.

The Black Bears then started the new year with a home win against Columbia, credited to a combined 50 points from fourth-year forward Andrew Flemming and El Darwich, winning 75-72. Flemming corralled 11 of the team’s 37 rebounds, while El Darwich was credited with three steals.

On Sunday, Jan. 5, Maine hosted Stony Brook in what would be a 52-73 loss due to more shooting struggles, with the Black Bears combining for 5-24 beyond the arc. The lone bright spot for the Black Bears out of the contest was the performance of third-year forward Nedeljko Prijovic, who put up 17 points, corraled four rebounds and blocked a shot. With the consistency of shooting being a continuous issue, look for the Black Bears to attack the paint going forward.

Shortly after the loss to Stony Brook, Maine hit the road on Wednesday, Jan. 8, to take on their long-time rival, the University of New Hampshire Wildcats. Both squads played stellar defense, bringing the game down to the wire. Unfortunately for the Black Bears, the Wildcats came out on top with a final score of 57-51. Maine’s shooting percentages all went up in the second half, while New Hampshire’s decreased, but the additional offensive efforts weren’t enough to overcome a late surge by the Wildcats, where they rattled off multiple fast-break baskets to take the advantage. A late three-pointer by Flemming brought the Black Bears back within reach, but the basket was too little, too late.

Riding back to back losses on the road, the Black Bears kept their trip in motion, competing in another divisional matchup against the University of Albany on Saturday, Jan. 11. Prijovic put up an efficient 26 points, including an impressive 5-11 from beyond the arc, but his efforts weren’t enough to lift Maine past Albany in a nail-biting 76-70 loss.

Maine then proceeded to host the University of Massachusetts Lowell in hopes to end their three-game losing streak. El Darwich quickly took control, managing the Black Bears on both ends of the court en route to a 104-98 win. El Darwich played surgically, finishing an assist shy of having a triple-double of 36 points, 10 assists, and nine rebounds. Flemming played a strong second fiddle to El Darwich, and Maine seemingly found their offensive identity after playing quite confused in previous contests. In their last game of the break, Maine hosted Binghamton University on Sunday, Jan. 19, with the Black Bears attempting to win back to back conference games. El Darwich’s hot streak continued as he led the team with 26 points, Flemming and Nedeljko also assisted with a combined 29 points and 12 rebounds to give Maine the 86-63 win.

The Black Bears season, following El Darwich’s resurgence, is starting to pick up as they have had multiple close games and wins in their last several contests. Maine’s key issue to address is their inability to win when traveling; they hold a 1-10 record on the road this season in comparison to their 5-4 record on their home court. Some keys to their recent success have been due to better rebounding, the reduction of turnovers and the rise of El Darwich. During Maine’s back-to-back conference wins, El Darwich averaged 31 points, seven rebounds, and just over nine assists per game. Due to these performances, he was awarded the America East Player of the Week.

Over this past week, the Black Bears hosted the reigning American East champs, the University of Vermont. Maine showed up ready to make Vermont work for every basket and forced a closer contest than expected. It became a game of seconds coming down to the wire, as Maine ended up losing 59-57. The Black Bears showed up ready to play and took a quick 6-2 lead over Vermont. After holding the lead for almost the entirety of the first half, Vermont fought to take it back but couldn’t seem to put up any substantial cushion. In the final minute of play, Vermont all but took control of the game clock and held off an intense Maine squad. The contest, though ending Maine’s two-game win streak, showed the team’s resolve and mettle within the conference.

The inside view: An introduction to the ResLife system
Editorial: Diversifying Hollywood is in the hands of the consumers