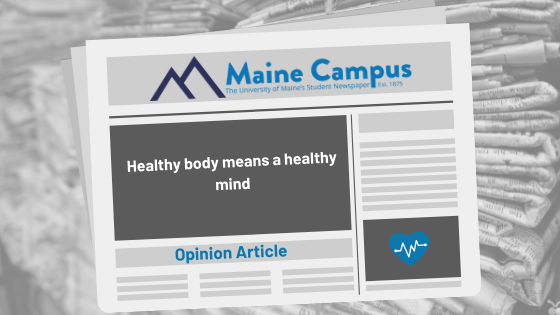 Issues of mental health are not exclusive to any group; it affects people of all ages, genders, religions and ethnicities. According to the National Alliance on Mental Illness, one in five U.S. adults experiences mental illness each year. This means that about 66,200,530 adults in the U.S. experience some form of mental illness. However, there is one thing we can do to improve our mental health which simultaneously improves our physical health: exercise.

Changing our lifestyle by becoming more physically active can help with prevention and treatment of mental health issues. Studies done by researchers from Aker University Hospital show that in “samples of non-depressed subjects over time, the general finding is that physically active people have a reduced tendency to develop depression.” As for those of us who already have a diagnosed mental illness, studies still show that exercise can do a number of positive things during treatment.

Depression is often related to inactivity or a lack of drive to exercise and perform daily tasks. Exercising stimulates the brain by releasing natural endorphins, also known as “the happy hormone.” This leaves a positive feeling in your body which is similar to that of morphine. Physical activity also releases dopamine and serotonin. Dopamine is the natural chemical that relates to feelings of pleasure, while serotonin is the chemical added to antidepressants to ease symptoms of depression. Exercising can also give you a feeling of accomplishment, as well as physically improving your health.

According to Mayo Clinic, there are specific exercises that combat symptoms of depression and anxiety, the two most common mental health disorders across America. Doing small amounts of activity in 10-15 minute intervals has proven to be more effective in alleviating symptoms than doing 30 minutes of activity three to five days a week. Exercises that tend to release the chemicals serotonin, dopamine and endorphins at a faster rate are those that involve cardio, like biking, running, or swimming. However, it is also important you stick to a physical activity you enjoy so you get the most out of your individual experience. Scientists have also stated that participating in as little as five minutes of aerobic exercise can stimulate anti-anxiety effects.

Exercise is not the only thing that can help you with reducing depression and anxiety symptoms. Doing yoga once a day or even after exercise can leave time for reflection as well as physical and emotional restoration. Poses good for anxiety are big toe pose, bound angle pose, bow pose, bridge pose, camel pose, cat pose, channel cleaning breath, and cow pose. Poses that are shown to be good for depression are child pose, cobra pose, downward-facing dog pose, warrior pose, reverse warrior pose, transition, bridge pose and supported corpse pose. While doing these poses, it is important to focus on positive thoughts and try to clear your mind of any anxious or self-critical thoughts. 40% of people on antidepressants who make yoga part of their daily routine show signs of improved treatment.

Making exercise and yoga part of your daily routine is a positive change to make in your life. They will not only improve your mental health but will also improve your physical health. As someone who struggles with mental illness, making both of these actions part of my routine has increased my performance in many areas of my life, and most importantly positively affected my mental health.