Konnichiwa from the underground Tokyo metro

The metro in Tokyo, Japan. Photo by Shania Soler.

When I first imagined writing this introduction article I pictured myself in my favorite coffee shop, sipping on a latte with quiet music floating around in the background. Never did I imagine I’d write it while waiting for the trains to resume on the metro; nevertheless, here we are. As I like to say, every day in Japan is an adventure.

I’m currently a second-year English student studying in Tokyo for this academic year and so far it’s been an amazing experience. For as long as I can remember, Japan has always been my number one country to visit, but studying abroad in high school is way too expensive, as some of you may know. So when I enrolled at the University of Maine and the opportunity to go abroad appeared, I jumped on it. A year and six months later, here I am, writing in the underground metro. Adventure has a strange way of presenting itself.

Despite the current circumstances, one of the best things since coming to Japan has been the vast availability of transportation throughout the country. You can basically get anywhere you want through the simple use of the trains. It’s so convenient it terrifies me to think about how I’ll drive once I’m back in America. Though it is a godsend for getting around the country, it can be a complete nightmare if you get on at the wrong time, and I’m not talking about the train getting delayed. No, we’re talking about rush hour!

All those stories you might hear about the trains getting so full the people literally have to be pushed in are all true; every morning, I commute to Waseda University via a forty-minute train ride and, because I have a 9 a.m. class, I need to leave by 8 a.m. at the latest. It just so happens that that’s when everyone leaves to go to their respective destinations. The concept of “personal space” is nonexistent during this time. It’s as if we’re all sardines, jam-packed into a tiny can, and when you think no one else could possibly fit, five more shove their way in. Sounds terrible, right? Well, it kind of is.

When it’s hot outside, the train is clammy and sticky, and when it’s cold, it gets damp and musty. Despite the nightmarish picture I just painted, this part of the train ride is also one of the best aspects of living in Japan. How? Well, it’s because it’s part of the everyday routine. When I get on that train every morning, and all the people get on with me, it feels like I’m more than just some exchange student living in a foreign country. It’s as if I become a part of the culture and that’s because I’m getting immersed in their everyday routine.

Studying abroad, whether it’s for an academic year, semester or summer, is this amazing opportunity that’s almost difficult to grasp with proper words. There’s so much to it. The best way to understand and benefit is not by hearing about it, but by doing it. It may seem like this big, awe-inspiring dream to go and live in another country for any duration of time, but, in reality, it’s so simple it almost feels like a crime not to take the opportunity while it’s right there in front of you.

I have only six months left in this exchange, not counting the month we’re in, and it’s going by so fast that half the time I feel like I have whiplash. There are so many things I’ve already experienced and done, but there’s a vast amount more to follow, which is why I’ll be seeing you in the next article. 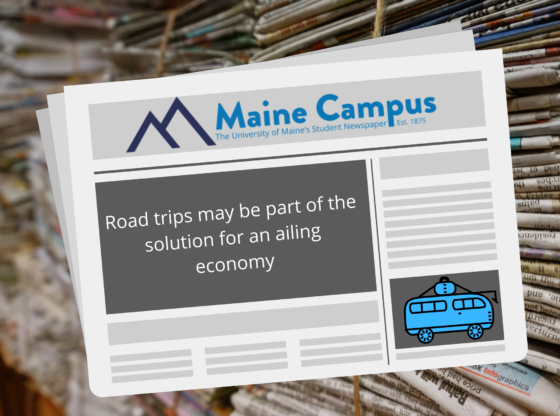 Road trips may be part… 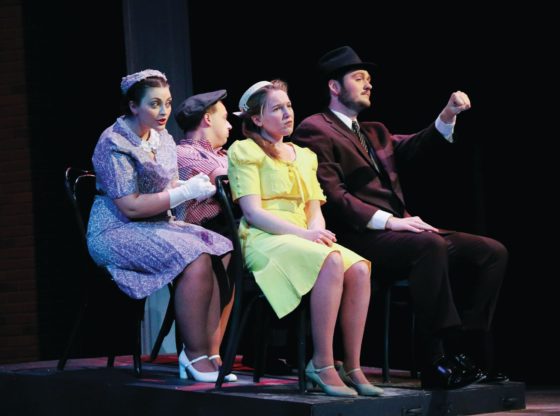 Students of the UMaine School of Performing Arts presented the play “A Wilder Night: Three One Act Plays by Thorton Wilder” in the last weekend of February. Photo by Will Bickford.
Thornton Wilder’s plays draw a… 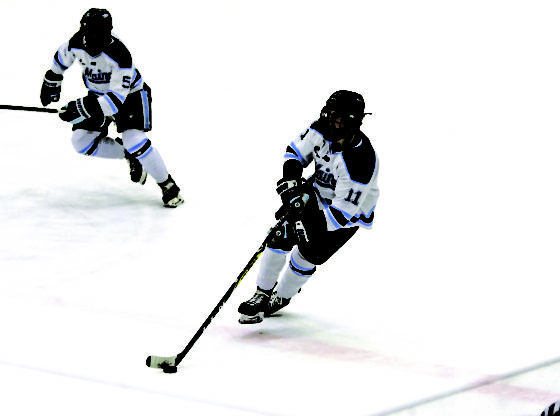