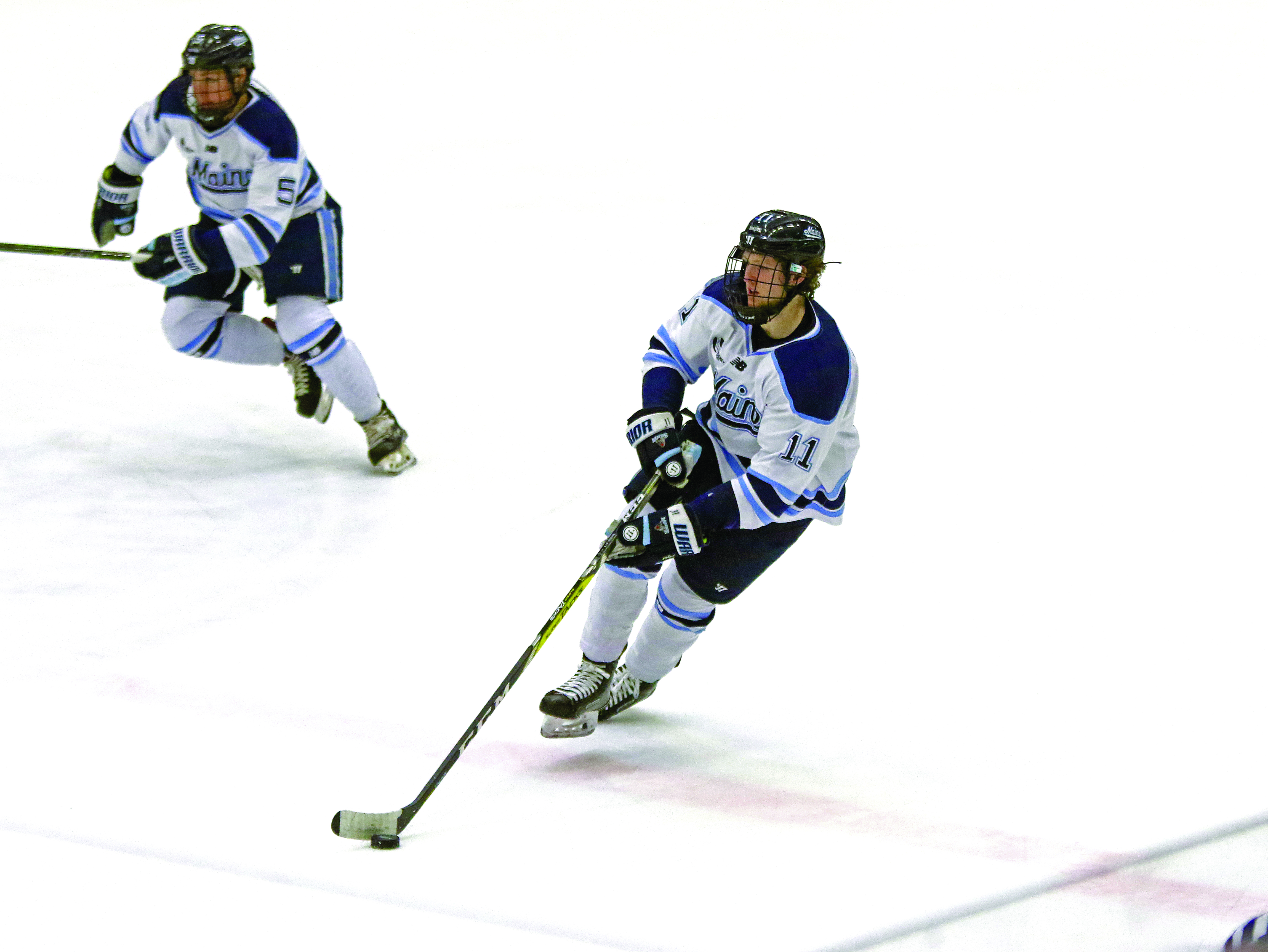 The No. 17 University of Maine Black Bears erased an early deficit and added a pair of late third period goals to take a 6-1 Hockey East win over Vermont on Friday night at the Alfond Arena.

The Vermont Catamounts picked up the early lead in the contest when third-year forward Bryce Misley scored off an assist from first-year forward Riley McCutcheon. With less than a minute left in the first period, UMaine’s second-year forward Adam Dawe scored his ninth goal of the season and tied the game at one. Third-year forward Eduards Tralmaks made a beautiful spin pass over to Dawe, picking up his 16th assist of the season.

At the end of the first period, the game was all tied up at one. Tralmaks gave Maine a 2-1 lead five minutes into the second period with just two seconds remaining on a five-minute Black Bear power play. Tralmaks rifled a one-timer from the slot that rang off the right post before finding the back of the Catamounts’ net. Less than two minutes after Tralmaks’ goal, fourth-year forward Ryan Smith doubled Maine’s lead after collecting a clean pass from third-year forward JD Greenway.

The Black Bears held the 3-1 lead into the second intermission. Third-year forward Jack Quinlivan scored his first goal of the year just over halfway through the third period, which extended the lead to 4-1. Fourth-year forward Mitchell Fossier, who surpassed Paul Kariya on the Maine all-time points list, scored an odd-man rush goal for the Black Bears. Fourth-year forward Patrick Shea set up the odd-man rush for Maine before passing it over to Fossier, who hit the easy wrist shot stick side shoulder over the goaltender to extend the lead to 5-1. In the final minute of the game, Shea scored the sixth and final goal for the Black Bears, and Fossier was credited with the assist on the play. Third-year goalie Jeremy Swayman made 22 saves on 23 shots while the Black Bears took 40 shots on goal and picked up the 6-1 win.

The second game of the weekend series ended in a 0-0 tie between the Black Bears and Catamounts. Swayman made 16 saves in the first period for the Black Bears. Maine’s penalty kill was perfect in the first period, killing two of two Catamounts power play opportunities. The Black Bears killed a five-minute penalty in the second period to preserve their 0-0 tie. In the third period, neither team could find the back of the net as goalie Jeremy Swayman picked up his second shutout in three games, helping Maine pick up one point on the night. Maine took 33 shots on goal, but could not find the back of the net the entire game.