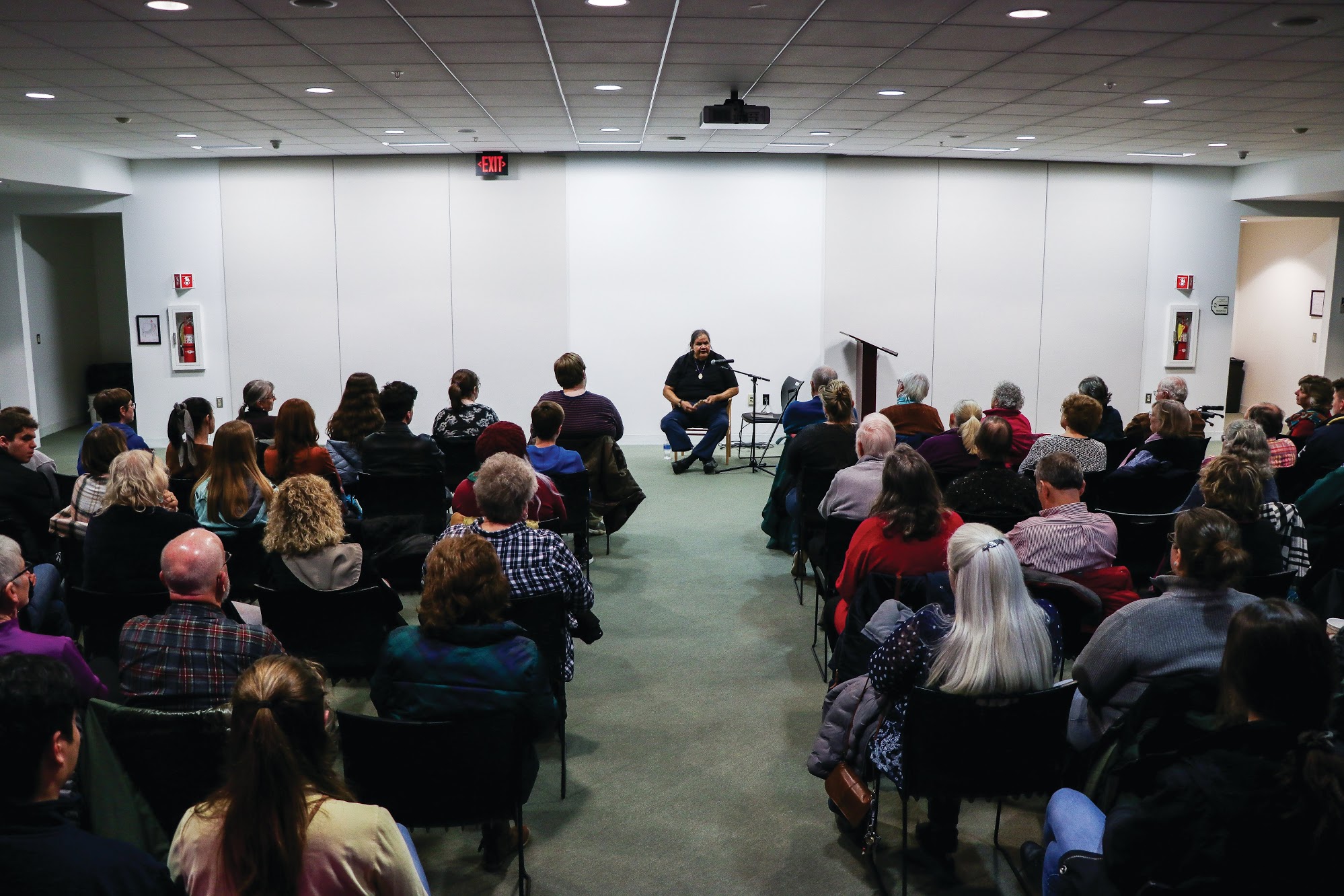 The award-winning Broadway show The Color Purple stopped at the University of Maine on Monday, Feb. 3. Photo by Will Bickford.

On Monday, Feb. 3 the Collins Center for the Performing Arts hosted the revival of the original Broadway show “The Color Purple.” The musical won the Tony Award for Best Musical Revival in 2016 and the performance was heavily anticipated at the University of Maine.

The musical is based on Alice Walker’s novel “The Color Purple,” written in 1982. Walker’s novel received the Pulitzer Prize for fiction in 1983, and was later adapted into a film in 1985, and then a musical. Marsha Norman wrote the script for the theater adaptation.

The story follows a woman named Celie who is living in Georgia in the early to mid-1900s. Growing up in the American south as a woman of color, Celie recounts her struggles as an African American woman through her telling of events and letters she writes to God and her sister Nellie, starting from when she becomes pregnant at age 14. Her father Alphonso, is the main antagonist in the story who continually harasses and abuses Celie, getting her pregnant two times and abducting the children she has. Celie ends up running away and chasing after a man named Mister, and drama unfolds from there.

Filled with emotion and personal testimony, both the novel and play have made their mark in the arts because of the relevance and importance of Walker’s message. Themes of racial oppression, poverty, friendship and love are present throughout the musical, and in its lyrics.

The musical ran on Broadway in New York City from 2005-08 and was originally produced by Oprah Winfrey. It returned in 2015 for a revival and has since been performed on Broadway tours and in other theaters.

The show’s costumes were vibrant and fit for the 20th-century setting, including a traditional-style dress worn in the American South. The music and lyrics for the musical adaptation were written by Brenda Russell, Allee Willis and Stephen Bray. The music is soulful, powerful and showcases the vibrancy of 1930s life in Georgia and all of the struggles and pain that often came along with it. The original Broadway cast included LaChanze as Celie, Brandon Victor Dixon, Felicia P. Fields and Renee Elise Goldsberry.

Before the performance, William Yellow Robe Jr. hosted a lecture and Q&A session in the Bodwell Lounge located in the Collins Center. Yellow Robe is a playwright who discussed background information on the play, as well as outlined what to expect during the performance.

Tickets were $71 for orchestra and $49 for balcony, but with a Mainecard the prices were reduced to $63 and $35. The University of Maine brings a variety of traveling tour companies and shows to campus, and you can visit UMaine.edu/spa for a current list of all past and upcoming events.

Valentines and galentines: where to get dinner this Friday night
Stephen King’s “Doctor Sleep” is a YA film with a shining layer of paint