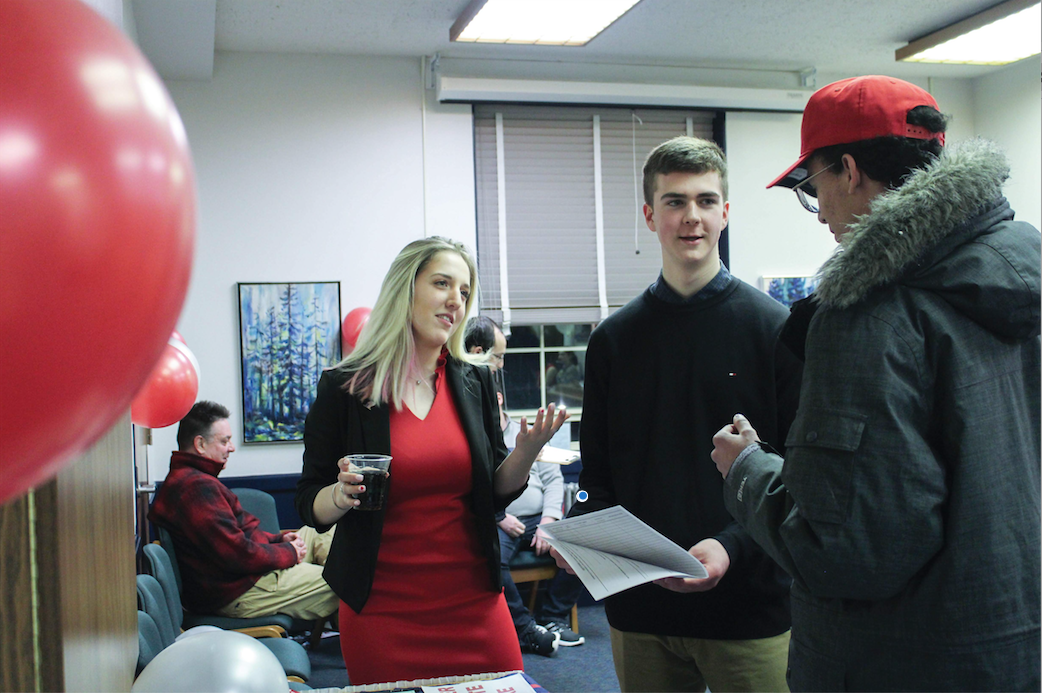 Zmistowski clarified that the new executive board hopes to create a dialogue about Republican candidates in a way that is respectful to the climate of the UMaine community.

“We want to allow for a more open, but respectful, political discourse on [the UMaine campus],” Zmistowski said.

Zmistowski also noted that the club is working hard to create positive community feedback by working on social media platforms to clean up the image of the group, as the group is associated in the public mind with actions of past executive members.

“Rather than only focusing on posting and how we appear on social media, we have tried our very best to focus on action and relevant Republican issues on campus,” Zmistowski noted.

One way that they have pursued this goal is by bringing Dale Crafts, a former Republican member of the Maine State House of Representatives, to campus to hold a town-hall-style discussion with UMaine community members. The event, on Feb. 20, was held in the Bangor Room of the Memorial Union and was a chance for Crafts to speak with community members about his background and philosophy, as he is seeking election to U.S. Congress.

Zmistowski told the Maine Campus that she and the other executive members of the group decided to form the organization after noticing the direction that political discourse was taking in the UMaine community.

“We formed our group because we were extremely discouraged by the lack of appropriate political discourse on campus and the misrepresentation of Republican values,” Zmistowski said. “It was important to us that students have an accurate, honest and dynamic representation of what it means to be a modern Republican. We also wanted to begin providing students with the opportunities [that] previous groups were not providing. By this, I mean internships, volunteer opportunities and voter engagement. We believe these are critical for students looking to launch a career in politics, and we wanted to ensure that every student at UMaine had the ability to get involved with whichever political organization they feel the most comfortable supporting.”

The organization is hoping to create more opportunities for community engagement by hosting Congressional candidates throughout the semester, as well as hosting other notable Republican speakers who are running for elected office. They also hope to provide students with information on internships with the Maine GOP, Sen. Susan Collins and opportunities at the White House.

“In order to inspire better relations between political groups on campus, we will also be engaging in several service projects with other UMaine political organizations to benefit the community and be a model for the public on just how well we can all get along when we put our difference aside and treat one another with respect and dignity,” Zmistowski said.

Zmistowski has experience in politics, after working for Congressman Bruce Poliquin when she was 16. She then went on to work for Sen. Collins for two years while she attended UMaine. She spent the last summer organizing and running a special election campaign for Republican KC Hughes in Cumberland and Gray, Maine. She has also interned with the Maine GOP and Trump Victory, traveling across the state to inform people of Republican values.

She noted that, through strong leadership and community engagement, she has seen a positive community reaction to the new executive members of the group.

“Generally speaking, I feel our new group has been exceptionally well-received on campus, especially by other political groups,” Zmistowski said. “We’re finally all able to work collaboratively to get kids on campus more politically involved and begin engaging others respectfully on our differing viewpoints.”