Strawberries, shrines, and hot springs: A day in Nikko 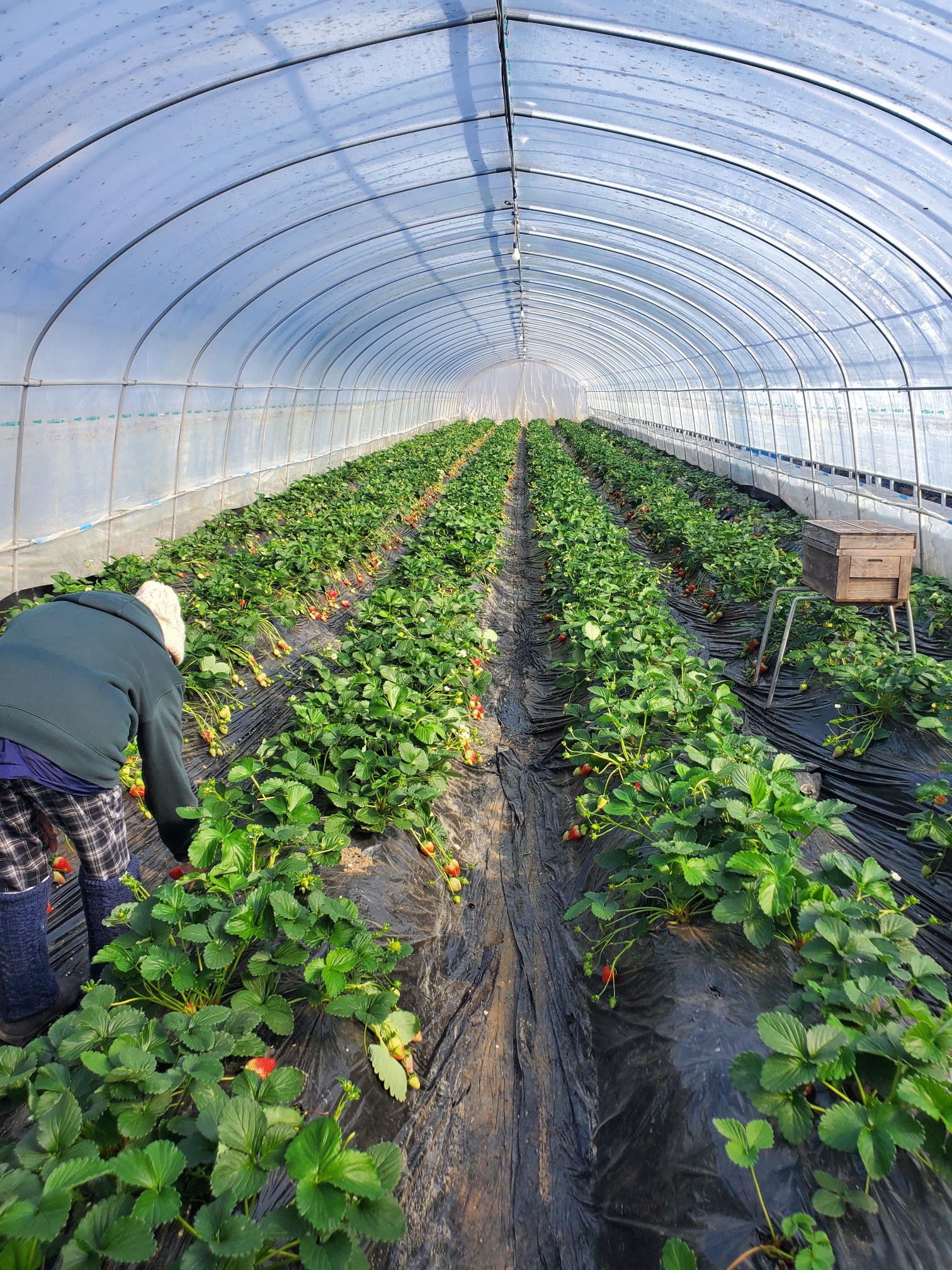 Family vacations are something that are generally done at least once a year and are, usually, a blast for everyone who takes part. There are lots of laughs, good times and ample opportunities to connect with people you may have otherwise lost touch with throughout the year. This is no different when a host family is involved.

Months ago, my host family and I started talking about plans to go on a weekend trip somewhere. We didn’t have a clue about where to go, but since my spring break would allow for the opportunity, we knew we had to do something. My host mom, Ran, came up with the idea to travel to Nikko, a city about three hours away from where we lived in Tokyo. The cold weather and snow the city often received made it the perfect destination to go hot springs hopping while enjoying the scenery attached to the open-air baths. I’d agreed wholeheartedly, eager for the opportunity to experience more onsen and ryokan.

For those of you who are unfamiliar with it, a ryokan is a traditional Japanese hotel. It can be a bit pricey for more than one night, but it’s a definite must if you ever visit Japan. With its hefty price tag, you get a traditional dinner and breakfast. There’s usually a really nice bath or onsen attached to it as well. The two that my host family and I visited had this feature, both coming with a beautiful open-air bath.

The first day of the trip began on Sunday morning. With a three-hour car ride in front of us and plans to fill the day, we woke up early to leave the house. At the beginning of the year, when I was taken pear picking, Ran had told me about strawberry picking in February so we’d decided to add the adventure to our vacation. It was one of the best parts of the entire trip.

The place we went to was huge and located in the mountains. Its surrounding area was beautiful and the air was fresh. As someone who grew up in the mountains with countless trees and hiking trails around, it was nice to get out of the big city for a while and experience the countryside of Japan.

Coming from America, I was only ever familiar with one type of strawberry. At the place we went, however, there were three different types of strawberries to pick from and the ones we picked were called the tochiotome, the sweetest, largest strawberries I’ve ever picked and eaten. We weren’t allowed to take any with us, but the place offered a small sitting area where we could take all of our picked strawberries and chow down. Once we started, I was glad I hadn’t eaten anything for breakfast. I think we all ate at least twenty strawberries. It filled everyone up for the entire day. The highlight of the excursion was watching my little host sister eat them. She was the cutest chowing down on the sweet snack.

Once our fifty minutes was up, we gathered our things and drove the remainder of the way to Nikko, which wasn’t long at all. Since we couldn’t check into our ryokan until 2 p.m., and it was only noon, we had plenty of time to kill, so we decided to spend it at a huge shrine.

The sun was at its peak when we got there so, despite it being cold, it was still a nice day to walk around the area. The grounds for the shrine were huge and, if I remember correctly, my host mom said there were actually two shrines and one temple in the entire place.

You know the old saying “Hear no evil, see no evil, speak no evil?” Well, this place is famous for having pictures of the monkeys on one of the buildings. It was breathtaking to see the intricate artwork not just on this building, but on every piece of architecture at the site. Just from a glance, it’s apparent how much work and time went into even a piece of one building.

You could also see the infamous picture of the sleeping cat that brings good luck at the shrine. It was pretty funny to find that the aforementioned picture was just a tiny thing and not extravagant like the rest of the place.

We easily spent two hours exploring every aspect of the shrine, and, before we knew it, we were on our way to check into our ryokan. It was a quaint place with a beautiful entryway that housed a small gift shop and five floors. In the entrance, there were dolls sitting, commemorating a doll festival that takes place on March 3 during which people celebrate their daughters’ happiness, growth and good health by setting up dolls that represent the empress, emperor, attendants and musicians. I was partially awestruck by seeing the elaborate set up of the dolls, since we don’t celebrate anything of the like, as far as I know, in the U.S.

The check-in was easy enough, and we were given our spacious room on the fifth floor. While the view left something to be desired, the onsen was nice. My host mom had gone first and once she was done, I rushed down before dinner to get in, as the place was empty. It was breathtaking. The outer bath was hot and steamrolled over the surface. Large rocks were stacked outside the bath and there were bare trees scattered around. It almost felt like I was in the forest.

The thing about onsens in Japan is that you can spend an hour in one and it will feel like mere minutes have passed. I almost missed dinner because of this. Thankfully, my host family waited for me and we all went together to the eating area. The place was beautiful and the dinner was extravagant and definitely something that reminded me I was in Japan.

While studying abroad, I found that it’s easy to get into a set routine as one would back in the States. You wake up, do what you have to do, maybe sightsee a little, eat, then go to bed. It’s like the original appeal of living in another country loses some of it’s shine until you get to moments like these where it can come from a huge trip or a small thing like dinner when you’re just hit with the reminder that you’re in another country. It’s a wow moment that always hits at the most unexpected times, and it’s one thing that makes travel all the more fun.

Peruvian poet delivers lecture on the poetics of movement
A ‘Downhill’ warning: this is not a comedy