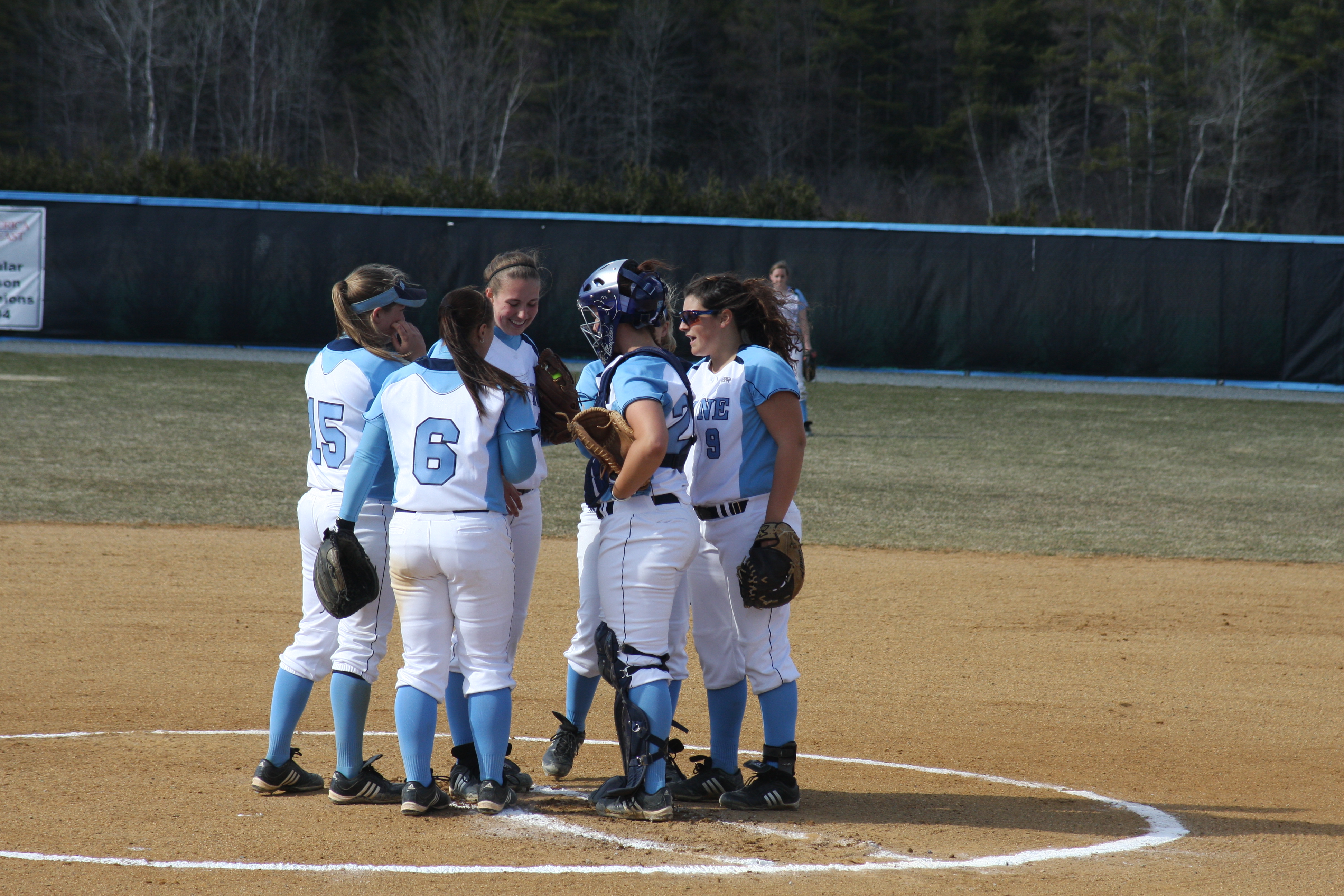 The Black Bears began the season-opening, four-game set with their matchup against the La Salle University Explorers. Third-year pitcher Kyleigh O’Donnell took the mound for the Black Bears, and though she struggled a bit early, walking one batter and contributing to an error, O’Donnell settled in and struck out her final batter to round out the first inning.

For Maine’s bats, the story of the first inning was second-year utility player Grace McGouldrick, who got herself on base with a single and proceeded to steal second and third in back-to-back attempts. McGouldrick’s efforts were all for naught though, with second-year infielder Kelby Drews flying out to center to wrap up the inning with McGouldrick on third base.

O’Donnell hit her first batter with a pitch after posting a 1-1 count to start the second inning, but the play was redeemed by a peculiar double play. Second-year utility player Kaylee Piven hit a pitch to the shortstop, grounding out to Drews. Drews quickly flipped the ball to McGouldrick at second base, who tagged up before delivering the line drive to third-year first base player Amanda Nee for the double play. Another ground out by the following batter kept La Salle off the scoreboard through two frames. Maine’s ensuing offensive series saw three at-bats, with nobody getting on base, to close the second frame.

La Salle opened up the scoring in the third, with O’Donnell hitting first-year outfielder Lauren Begg on her sixth pitch, before allowing a single and walking another batter. Third-year catcher Ashley Mendenhall strode up to bat and knocked a double down the left-field line, driving in Begg along with fourth-year utility player Emily Conway.

Following the two scores, both teams kept quiet until the bottom of the sixth, when Maine began to turn up the heat. Following a flyout by Nee, second-year outfielder Emma Larke was walked, and McGouldrick came in and hit another single. Second-year utility player Kya Enos hit a single up the middle herself, scoring Larke and getting McGouldrick to second. Drews stepped into the box with two outs and two players on base, but one goal in mind. On her fourth pitch down the plate, Drews connected with the ball and sent the ball out of the back of center field, scoring herself, McGouldrick, and Enos. Maine held the 4-2 lead and wouldn’t look back, closing out the top of the seventh for the victory.

In their follow up game against Virginia University, the Black Bears did not fare as well in the pitching duel. Second-year pitcher Gabbie Siciliano took the mound for the Black Bears to start the contest and held Virginia scoreless through her four frames of work. Third-year pitcher Lilly Volk took the reigns from there for Maine, as neither team’s bats had managed any success against excellent pitching from both bullpens.

The lone score of the game came in the bottom of the sixth, with third-year right-fielder Savana Avilla taking a pitch from Volk to left-center for an easy double. Second-year catcher Donna Friedman hit a strong single out to deep center, and from the crack of the bat, Avilla was off, turning the single into a scoring opportunity, forcing third-year outfielder Shanna Scribner to try and throw out Avilla from center field to home plate. The lone score of the contest overshadowed Maine’s excellent pitching from Volk and Siciliano, as the Black Bears fell 1-0.

On Saturday, kicking off game three of the weekend series, the Tennessee Tech Golden Eagles faced off against the Black Bears. First-year pitcher Caitlyn Fallon got the start for Maine and had minimal success in her first frame of work. Fallon earned two easy outs, a pop fly to second base and a ground out to short, giving Fallon a quick stack against the third batter, but she walked the third batter in just as many pitches. An error in the outfield on the ensuing at-bat had two Golden Eagles on base, and a single from another to center field proved to be enough to drive in a score. Maine gave up another run in the second inning, once again assisted by an error. Now ahead 2-0 through just two frames, the Golden Eagles were soaring, and second-year pitcher Alyssa Arden kept them that way, mowing down Maine batters inning after inning. At the top of the third, Maine finally managed to answer with McGouldrick, driving a double out to center field and driving in first-year pitcher Izzy Nieblas, which made the score 2-1.

After a switch at pitcher, with O’Donnell relieving Fallon, the Golden Eagles iced away the game in the fifth inning, as second-year catcher Raleigh Lewis hit a solo home run that would bring their lead back up to two runs and that score would end up holding up as the Black Bears fell to Tennessee Tech 3-1. Maine came up short once again, despite another strong pitching performance.

The final game of the season-opening series was against the hosts of the tournament, the University of South Carolina Spartans. South Carolina was undefeated through the weekend and intended to keep its unblemished record, quickly hanging four runs on the Black Bears in the first inning. Siciliano took the mound for Maine once more, and walked her first batter, second-year shortstop Sarah Price. Price immediately stole second between pitches and scored on the following batters’ single. Second-year outfielder Savannah Grigsby, who earned the RBI for Price, stole second base herself. First-year catcher Peyton Darnell stepped up to the plate with two outs ahead of her, and launched a double out to left field, giving Grigsby enough time to run in for the score. Walking batters, a single and stolen bases later resulted in the Spartans scoring four runs, but ended the inning by getting caught stealing second.

Maine seemed all but defeated following the first inning, and their bats never warmed up enough to get multiple people on base in the same inning. Spartans’ fourth-year pitcher Celina Sullivan held her ground on the mound through all seven innings, allowing only two hits while striking out seven Maine batters.

The Black Bears will get a break following the completion of the College of Charleston Tournament, running Feb. 29 through March 2, where they’ve competed in a five-game series against three different opponents. Maine will face off against Charleston Southern University, the College of Charleston and Campbell University. Their next contest will be a road weekend series in North Carolina taking on Elon University and Bucknell University on Saturday, March 14. It is still a long road for the Black Bears before they play their first home game in Orono on April 4. 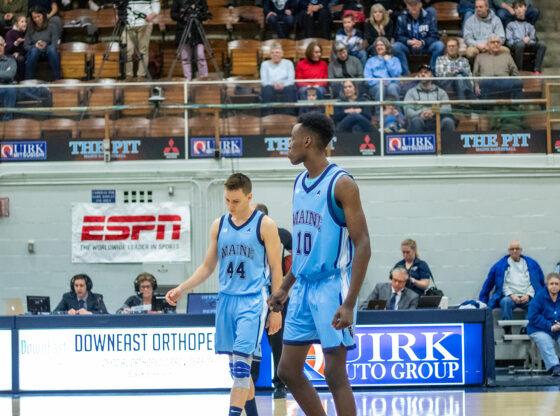