#YouMaine: Rochelle Lawrence offers a unique lens on being an IMFA graduate student 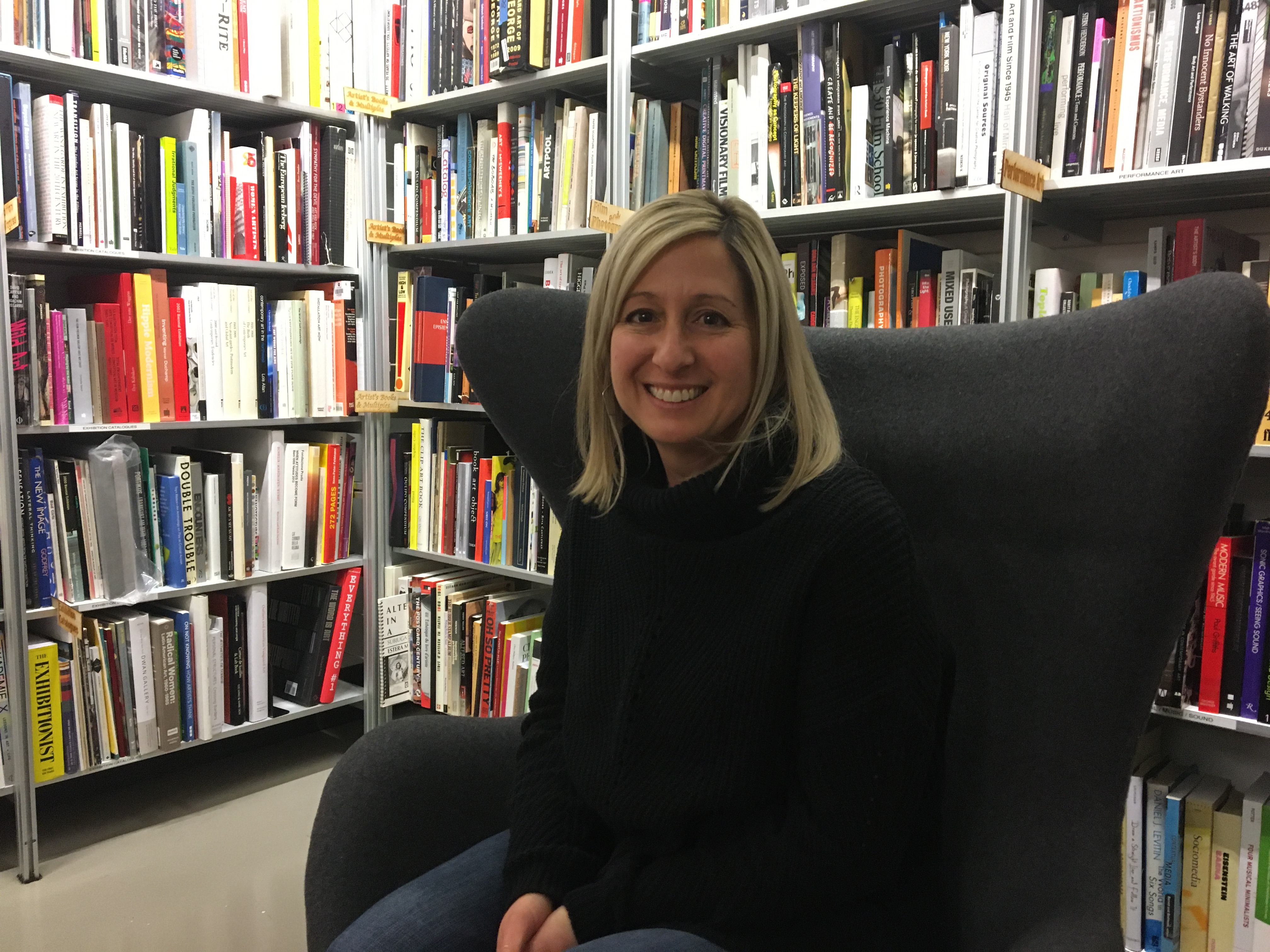 Rochelle Lawrence appears in the MFA Library after an early morning in her studio space, playing with a mixture of resin and beeswax to best construct an amalgamate beehive structure.

Along with the busy schedule that being a wife and mother of three entails, Rochelle Lawrence carves out time to heavily involve herself in the University of Maine’s art department by being a graduate student of the Intermedia Master of Fine Arts program, a graduate assistant in the IMRC Center’s equipment room and an intern of the Lord Hall Gallery mentored by Laurie E. Hicks, helping with curatorial processes, set-up and the running of the shows themselves.

One of the more significant events that takes place in the department of art is the Student Art Show at Lord Hall Gallery, and Lawrence is busy with preparations.

“Next week we meet with one of the artists showing next fall, so we’ll actually be picking up the artwork that will go up on the walls,” Lawrence said. “The student show for the art department is happening in [early] April, and it’s a really big deal because on the 23rd and 24th, we go through all the artwork that students submit. We have to look at it all, get the paperwork in line, and then on the 25th, it’s juried. We look at all the artwork that’s been submitted and [determine] what’s going to be put up in the show, [and] what gets monetary awards.”

Following is the set-up process which includes framing, hanging and lighting the work. Then, of course, the show itself, including an opening reception and juried awards — something the art department does to congratulate those who have done great work during the semester.

“My second semester, I had two pieces that were in the show; one of them got picked to be in the dean of students’ office, which was a cool thing,” Lawrence explained, noting that there’s also a monetary award that comes along with it. “Then I got two art ed[ucation] financial awards … so it’s a really neat thing that the art department recognizes the students that are working hard.

Besides the Student Gallery Show, Lawrence is working on a project for the art department’s Earth Day exhibit, “In Remembrance,” showing on April 22.

“It’ll be right here in the IMRC on Earth Day,” Lawrence said. “I’m working on a series of prints for that [event] that are related to endangered and threatened species in Maine. It’s a collaborative show, so we’re [currently] trying to figure out what our big theme is that we work on together — but environmental issues [is the premise].”

In the future, Lawrence hopes to shift her practice to more socially engaged work, such as collaborating with students and teachers to create works of art in their community. As the semester comes to an end and summer allows for more opportunities for personal endeavors, Lawrence has many things to look forward to.

“One thing I’ve always wanted to do was find a building in Hampden where kids can paint a mural,” Lawrence said. “I’m really hoping to find ways that I can be in the community and help with projects where other people make work, or to create awareness around issues.”